Same-day or next-day delivery orders can be made online or via a mobile app. by Associated Press TWEET SHARE 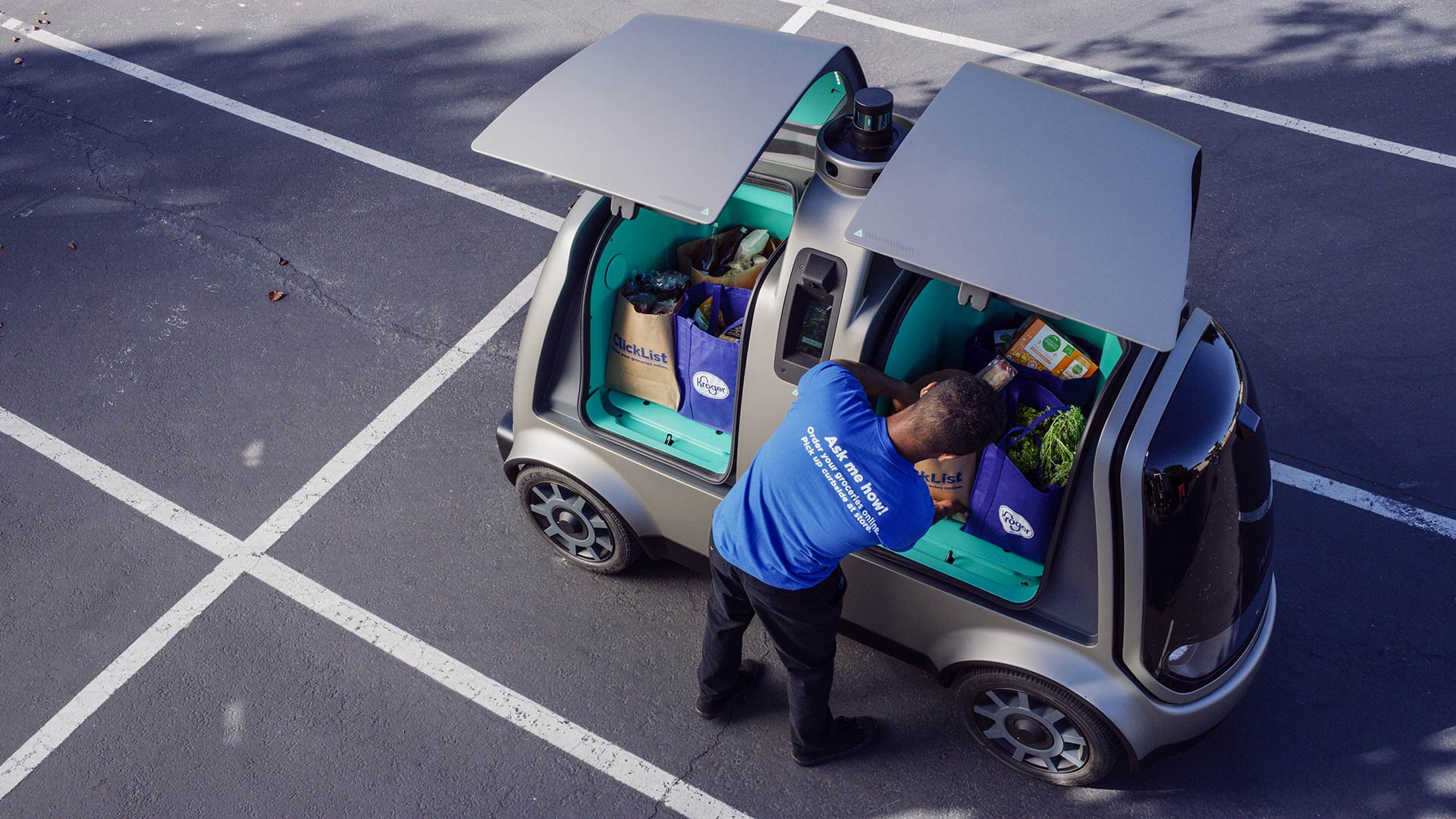 The Kroger Co. announced it would pilot a program using autonomous vehicles to deliver food in Scottsdale.
The Kroger Co.

SCOTTSDALE — At a time when big-box retailers are trying to offer the same conveniences as their online competitors, the biggest U.S. grocery chain is testing the use of driverless cars to deliver groceries in a Phoenix suburb.

Kroger's pilot program launched Thursday morning with a robotic vehicle parked outside one of its Fry's supermarkets in Scottsdale. A store clerk loaded the back seat with full grocery bags. Meanwhile, a person in the driver's seat to monitor the car's performance.

Under the self-driving service, shoppers can order same-day or next-day delivery online or on a mobile app for a flat rate of about $6. After the order is placed, a driverless vehicle will deliver the groceries curbside, requiring customers to be present to fetch them. The vehicles will probably be opened with a numeric code.

Currently, Kroger is operating with Toyota Prius vehicles. During the next phase of testing in the fall, deliveries will be made by a completely autonomous vehicle with no human aboard.

Cincinnati-based Kroger Co., is partnering with Nuro, a Silicon Valley startup founded by two engineers who worked on autonomous vehicles at Google.

"Our goal is to save people time, while operating safely and learning how we can further improve the experience," Nuro co-founder Dave Ferguson said in a statement.

The Google autonomous vehicle project is called Waymo, which started a similar pilot program last month at Walmart stores in Phoenix. In that case, self-driving vehicles transport customers to and from their selected Walmart location to pick up online grocery orders.

That is not the only venture Waymo has in metropolitan Phoenix. Waymo has been trying out a service where bus and light rail riders can order an autonomous car to their nearest transit stop. Employees with Valley Metro, the agency that manages Phoenix-area transit lines, are currently serving as test riders. The project, started earlier this month. has Waymo employees gathering data from test drives, the agency said.

Arizona continues to be a testing ground for self-driving technology despite a fatal crash involving a driverless car earlier this year.

A self-driving Uber car struck and killed a woman in March in the Phoenix suburb of Tempe. The 49-year-old was crossing a darkened road outside of a crosswalk. But a National Transportation and Safety Board investigation showed the backup driver had been streaming a television show for more than 40 minutes before the accident while the car was in autonomous mode.

Uber later ended the testing of self-driving cars in Arizona. But the company has since relaunched its autonomous vehicles in Pittsburgh.

Arizona Local Governments Weigh Incentives for Electric Car Company Saudi Fund Invests $1B in Electric Car Firm Planning Production in Arizona Waymo Vehicle Involved in Mesa Crash Not in Autonomous Mode, Driver Says
By posting comments, you agree to our
AZPM encourages comments, but comments that contain profanity, unrelated information, threats, libel, defamatory statements, obscenities, pornography or that violate the law are not allowed. Comments that promote commercial products or services are not allowed. Comments in violation of this policy will be removed. Continued posting of comments that violate this policy will result in the commenter being banned from the site.