The Arizona senator has battled the disease for more than a year. by Christopher Conover TWEET SHARE 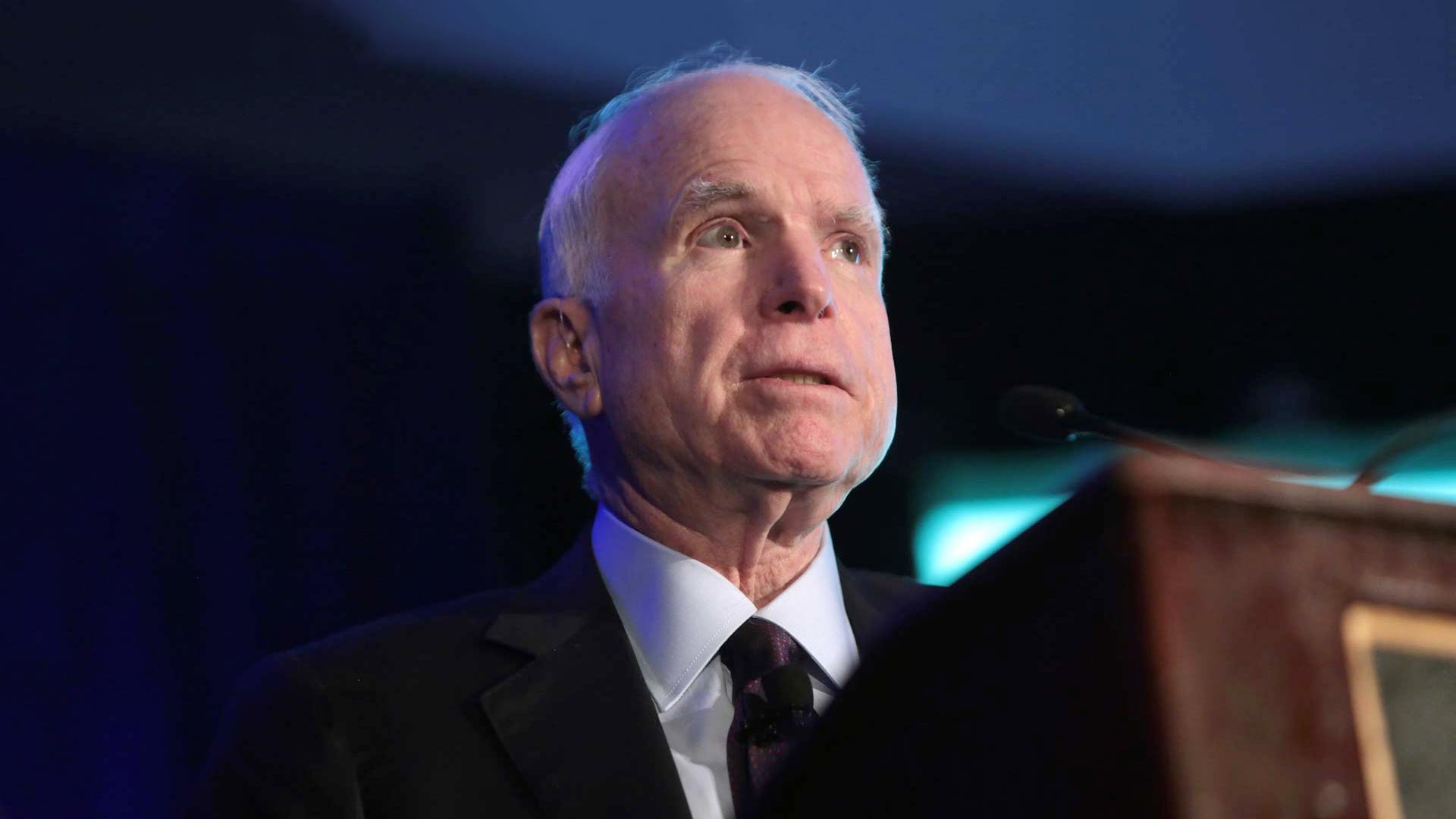 From the family's statement:

“Last summer, Senator John McCain shared with Americans the news our family already knew: he had been diagnosed with an aggressive glioblastoma, and the prognosis was serious. In the year since, John has surpassed expectations for his survival. But the progress of disease and the inexorable advance of age render their verdict. With his usual strength of will, he has now chosen to discontinue medical treatment. Our family is immensely grateful for the support and kindness of all his caregivers over the last year, and for the continuing outpouring of concern and affection from John’s many friends and associates, and the many thousands of people who are keeping him in their prayers. God bless and thank you all."

Moments after the statement from the McCain's family, Gov. Doug Ducey issued a statement of his own:

"John McCain is an American hero, always putting country before self. From Vietnam to the halls of the U.S. Senate, the spirit of service and civility that has guided Senator McCain's life stands as a model for all Americans, regardless of political affiliation. Angela and I had the great privilege of visiting with Senator McCain and Cindy in May. Then and now, our prayers and our hearts are with them and their entire family."

It will be up to Ducey to appoint someone to fill McCain's seat once the senator leaves office.

Whomever Ducey appoints will serve until 2020 when they will have to stand for election.

My family is deeply appreciative of all the love and generosity you have shown us during this past year. Thank you for all your continued support and prayers. We could not have made it this far without you - you've given us strength to carry on. pic.twitter.com/KuAQSASoa7

UA Team Targeting Brain Cancer With Genetic Research Former Sen. Jon Kyl Remembers Sen. John McCain Reaction to Sen. McCain's Death Comes From Around the Globe
By posting comments, you agree to our
AZPM encourages comments, but comments that contain profanity, unrelated information, threats, libel, defamatory statements, obscenities, pornography or that violate the law are not allowed. Comments that promote commercial products or services are not allowed. Comments in violation of this policy will be removed. Continued posting of comments that violate this policy will result in the commenter being banned from the site.