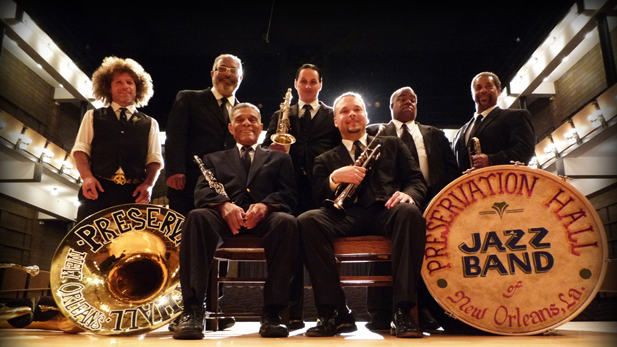 The actual Hall is itself an ancient New Orleans landmark, a place where people still gather to listen to the authentic music of the Crescent City performed by veterans and dedicated newcomers alike. This is in spite of the fact that building is preserved in its original state -- with no air conditioning, heating, or other amenities. Food and drinks are not served at the Preservation Hall, only music.

Ben Jaffe is extremely excited about the PHJB's latest project -- a full collaboration with bluegrass legend Del McCoury and his group, both on a new album and on a tour across America. The two groups appear side by side on the Centennial Hall stage on Saturday, April 9th, hosted by UAPresents.

UAPresents is an underwriter of Arizona Public Media.

"I'm just happy when people are listening." Spotlight Session: John Coinman "Secondhand: Travels in the New Global Garage Sale"
By posting comments, you agree to our
AZPM encourages comments, but comments that contain profanity, unrelated information, threats, libel, defamatory statements, obscenities, pornography or that violate the law are not allowed. Comments that promote commercial products or services are not allowed. Comments in violation of this policy will be removed. Continued posting of comments that violate this policy will result in the commenter being banned from the site.