Millions of pounds of extra food is on the way to Southern Arizona. by Christopher Conover TWEET SHARE 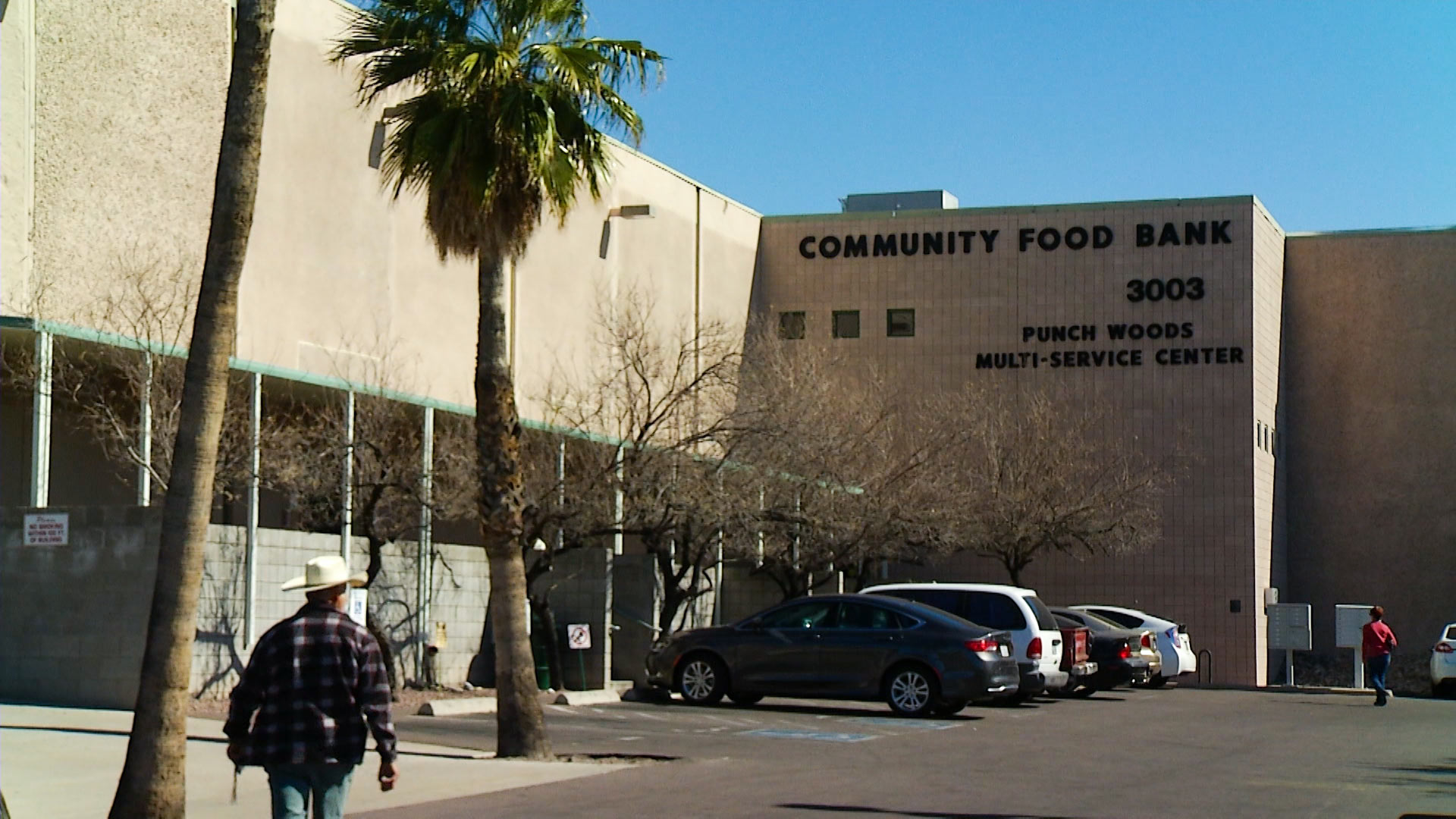 The main branch of the Community Food Bank of Southern Arizona.
AZPM

The Community Food Bank of Southern Arizona is receiving 5 million pounds of additional food thanks to the trade war.

The U.S. Dept. of Agriculture is buying food that is considered "unfairly targeted" in trade disputes and giving it to food banks.

"You don't expect a trade dispute, trade war to benefit a local community, but the USDA is buying up a lot of food stuff that we don't often see in Arizona, including blueberries and walnuts and wonderful apples, pork, we are hoping for some fresh milk," said Michael McDonald, CEO of the Community Food Bank of Southern Arizona.

The food is expected to begin arriving within the next two weeks. Since most of it is perishable, the food bank is dipping into reserves to find additional cold storage space to keep the food fresh as it is being distributed.

Food bank officials said they will need cash and volunteers to get the food distributed quickly.

This latest infusion of food from the USDA is a 60 percent increase over what the federal government normally gives to the facility.

New Trade Agreement Aimed at Moving Trucks Through the Border Faster Nogales Food Bank Gleans Mexican Produce Tucson Food Bank Experiencing 'Unprecedented' Demand
By posting comments, you agree to our
AZPM encourages comments, but comments that contain profanity, unrelated information, threats, libel, defamatory statements, obscenities, pornography or that violate the law are not allowed. Comments that promote commercial products or services are not allowed. Comments in violation of this policy will be removed. Continued posting of comments that violate this policy will result in the commenter being banned from the site.