× STREAMCHILDREN OF THE HOLOCAUST: Watch our preview and discussion of AZPM's upcoming project, Children of the Holocaust.
/ Modified nov 6, 2018 12:55 p.m. 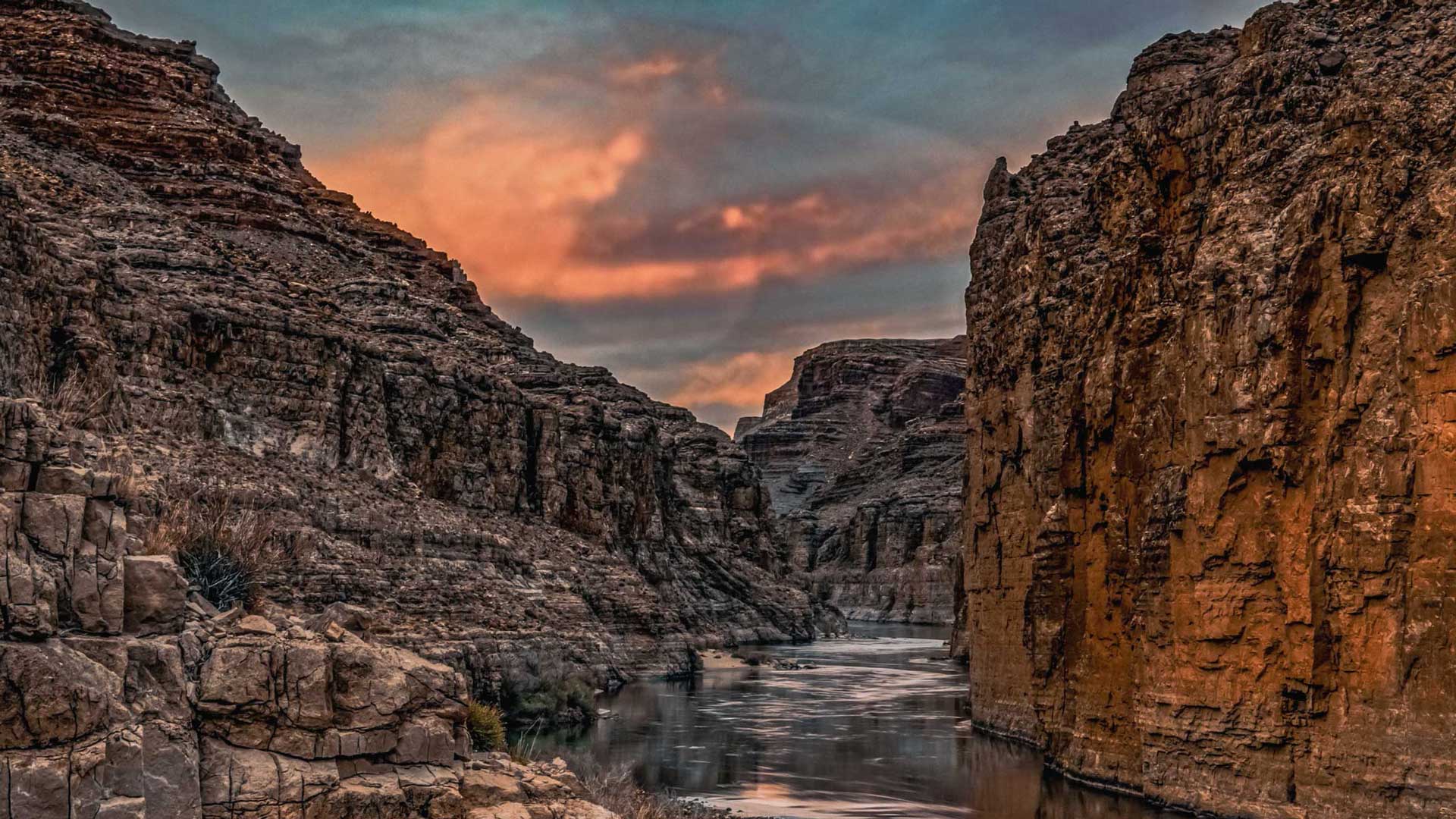 A scene from Öngtupqa, a documentary film that shares the cultural connections between the Hopi people and the Grand Canyon. Available to stream on AZPM Passport.
Ongtupqa Film

Celebrate the history, culture, and traditions of American Indians and Alaska Natives through a collection of films and special programming on PBS 6 and PBS 6 PLUS.

Öngtupqa
Streaming exclusively on AZPM Passport
Öngtupqa is a documentary film that shares the cultural connections between the Hopi people and the Grand Canyon. The film includes five songs recorded inside the Desert View Watchtower on the South Rim of Grand Canyon and breathtaking images of this natural wonder.

Tracing Roots: A Weaver’s Journey
PBS 6 PLUS: Thursday, November 1 at 11:30 a.m.
Tracing Roots is a portrait of an artist and a mystery. The film follows master weaver and Haida elder Delores Churchill on a journey to understand the origins of a spruce root hat found with Kwaday Dan Ts'inchi, the Long Ago Person Found, a 300-year-old traveler discovered in Northern Canada in a retreating glacier.

Igliqtiqsiutvigruaq (Swift Water Place)
PBS 6 PLUS: Thursday, November 1 at 2 p.m.
The story of the arctic village known as Igliqtiqsiugvigruaq in northwestern Alaska is revealed.

Metal Road
PBS 6 PLUS: Thursday, November 1 at 2:30 p.m.
For decades, thousands of Navajos worked the railroads, maintaining the trans-continental network. Metal Road explores the dynamics of livelihood, family, and the railroads through the lens of a Navajo trackman.

Independent Lens: Dawnland
PBS 6: Monday, November 5 at 11 p.m.
See how a group of Native and non-Native leaders in Maine came together to acknowledge and address the abuses suffered by Native children in the hands of the child welfare system, illuminating the ongoing crisis of indigenous child removal.

Badger Creek
PBS 6 PLUS: November 7 at 3 p.m.
Badger Creek is a portrait of Native resilience as seen through a year in the life of three generations of a Blackfeet family living on the rez in Montana. The Mombergs are a loving, sober family who run a successful ranch, live a traditional worldview and are re-learning their language.

Mankiller
PBS 6: Thursday, November 8 at 3 p.m.
Learn about the legacy of Wilma Mankiller, who overcame sexism to emerge as the Cherokee Nation’s first woman Principal Chief. Through archival footage and interviews, Mankiller examines the life of one of the country’s most important woman leaders.

Forgotten War: The Struggle for North America
PBS 6 PLUS: Sunday, November 11 at 3 p.m.
Sheds light on battles fought by Indian nations of the Northeast during the French and Indian War.

Growing Native, Season 1
PBS 6 PLUS: Sundays, November 11, 18 & 25, December 2 at 4 p.m.
GROWING NATIVE is a four-part series that takes viewers on adventures throughout Indian country. Through conversations between different episode hosts and local guides, viewers get a glimpse of modern and traditional reservation life and learn how native people pass on their experience and wisdom to others in a positive way. The series highlights these shared experiences to help bridge a better understanding of native people. Viewers also learn how Native communities are working toward sustainable food sovereignty and renewable energy sources, and how they are adapting to impacts from climate change.

Tending Nature, Season 1
PBS 6 PLUS: Tuesday, November 13, 20, 27, December 4 at 11:30 a.m. TENDING NATURE shines a light on the environmental knowledge of indigenous peoples across California by exploring how the state's Native peoples have actively shaped and tended the land for millennia, in the process developing a deep understanding of plant and animal life. The series examines how humans are necessary to live in balance with nature and how traditional practices can inspire a new generation of Californians.

Native America, Season 1
PBS 6: Tuesday, November 13 at 9 p.m. - Episodes 1 & 2
Tuesday, November 20 at 9 p.m. - Episodes 3 & 4
NATIVE AMERICA is a four-part PBS series that challenges everything we thought we knew about the Americas before and since contact with Europe. It travels through 15,000-years to showcase massive cities, unique systems of science, art, and writing, and 100 million people connected by social networks and spiritual beliefs spanning two continents. The series reveals some of the most advanced cultures in human history and the Native American people who created it and whose legacy continues, unbroken, to this day. The series explores this extraordinary world through an unprecedented combination of cutting-edge science and traditional indigenous knowledge.

Sand Creek Massacre
PBS 6 PLUS: Saturday, November 17 at 1 p.m.
In 1864 over 600 volunteer soldiers attacked a peaceful settlement of Cheyenne and Arapaho Indians. This is their story.

First Civilizations, Season 1
PBS 6: Sunday, November 18 at 1 p.m.
Explore the seedbed civilizations of Mesoamerica, the Middle East, and the Indus Valley to learn how and why early humans, who had been mobile foragers, created villages, towns, cities and states, establishing the blueprint for the modern world.

Tending the Wild
PBS 6 PLUS: Tuesday, November 20 at 2 p.m.
The environmental knowledge of indigenous peoples across the state of California is explored.

Injunuity
PBS 6 PLUS: Wednesday, November 21 at 3pm The world from the Native American perspective is explored with animation, music and real thoughts.

First Official Thanksgiving
PBS 6: Thursday, November 22 at 3:30 p.m.
Through dramatic re-enactment and interviews from Graham Woodlief, a descendant of Capt. John Woodlief, Karla K. Bruno, author and biographer of Dr. Lyon Tyler, Chief Stephen Adkins of the Chickahominy Tribe, and several other individuals, THE FIRST OFFICIAL THANKSGIVING challenges the long-held belief that America's first Thanksgiving was held in Plymouth, Mass., and chronicles how the discovery of the Nibley papers led to a friendly rivalry between Virginia and Massachusetts about who can rightfully lay claim to the birth of America's Thanksgiving holiday.

Koo-Hoot Kiwat
PBS 6 PLUS: Friday, November 23 at 10:30 a.m.
In KOO-HOOT KIWAT: The Caddo Grass House, a Caddo tribal elder and his apprentice return to their ancestral homeland in East Texas to direct the construction of a traditional grass house.

Ishi’s Return
PBS 6 PLUS: Wednesday, November 28 at 3 p.m.
ISHI'S RETURN is a half-hour film about Ishi, billed in 1911 as the "last wild Indian" when he wandered out of the woods in Oroville, CA, and became a national sensation. When Ishi died, his brain was removed and sent to the Smithsonian Institution in Washington, DC. Eighty years later, his descendants in California fight to have his remains repatriated to his ancestral home.

Sousa on the Rez: Marching to the Beat of a Different Drum
PBS 6 PLUS: Friday, November 30 at 10:30 a.m.
A look at four community-based tribal bands highlights a vibrant aspect of Native American music.

Nature: The Alps The Alps: Winter’s Fortress Nature: Wildheart
By posting comments, you agree to our
AZPM encourages comments, but comments that contain profanity, unrelated information, threats, libel, defamatory statements, obscenities, pornography or that violate the law are not allowed. Comments that promote commercial products or services are not allowed. Comments in violation of this policy will be removed. Continued posting of comments that violate this policy will result in the commenter being banned from the site.