Multimillion-dollar renovation complete, the Sacaton stop is the only rest area between Casa Grande and Phoenix. by Candace Manriquez Wrenn TWEET SHARE 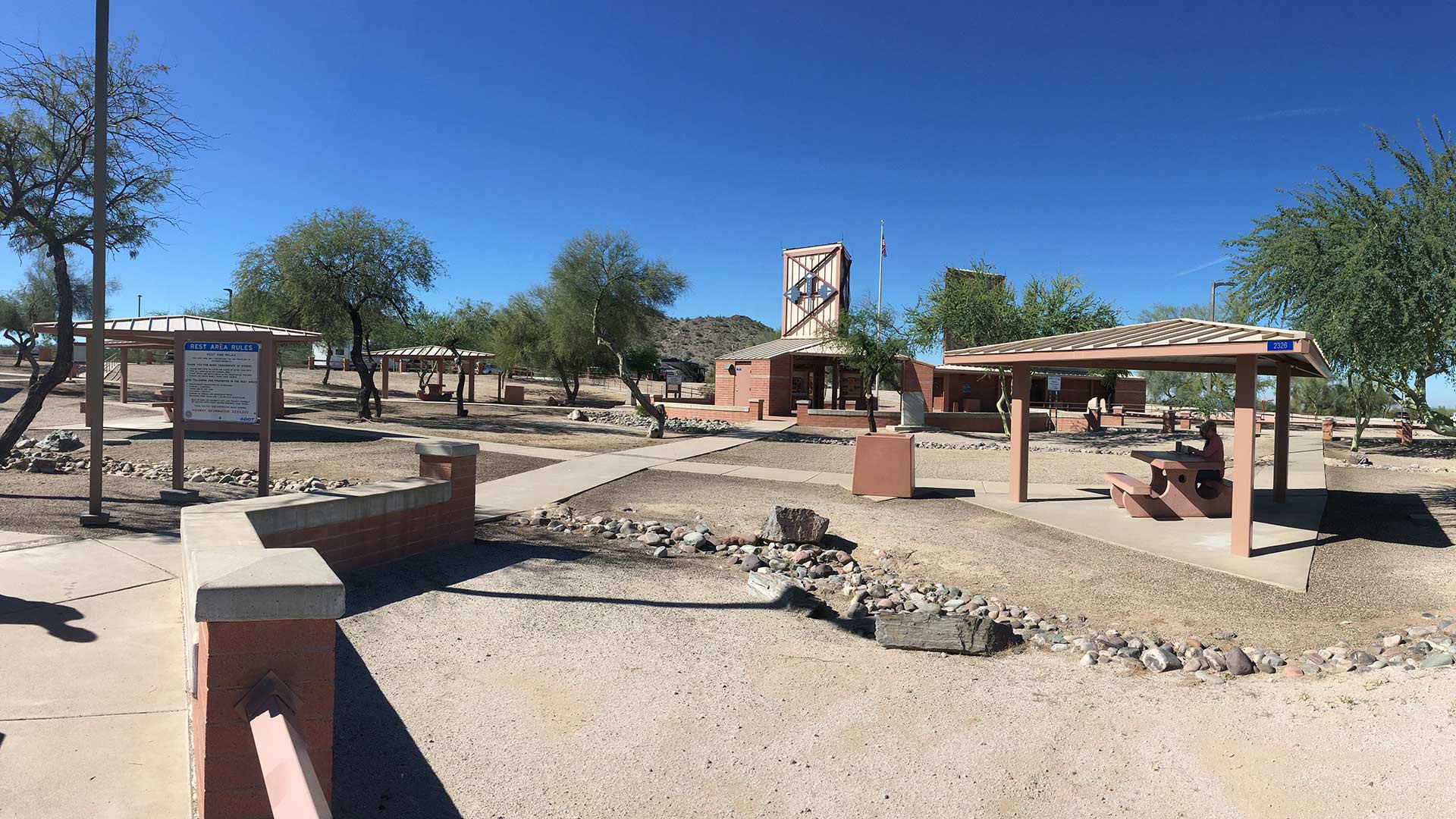 The I-10 Sacaton rest area reopened after 10 months of renovations.
Arizona Department of Transportation
LISTEN

Motorists in need of a break on the trip between Tucson and Phoenix will now find the Interstate 10 rest area between Casa Grande and Phoenix is open.

The rest stop, listed on signage as the Sacaton stop, is the only public rest stop between Tucson and Phoenix, and it was closed for 10 months of renovations.

Tom Herrmann with the Arizona Department of Transportation says the state had to close the stop to make major upgrades.

"We've made improvements so that we comply across the board with the Americans with Disabilities Act. We've upgraded septic systems and water systems and electrical systems," he said.

The project is combined with one underway at the Interstate 19 Canoa Ranch Rest Area in southern Arizona, which closed yesterday for similar fixes. The total cost for both upgrades is $4.3 million.

Hermann says that the reopening of the rest area means more than just a place to go to the restroom.

"It's a great place to stop and make a phone call so that you're not on the phone and talking to somebody else when you should be focused on the driving. It's a place if you're on a long drive, pull over and take a nap. The rest areas provide a lot of great services and it's easy to take them for granted," he says.

Not to mention — it's a good place to stretch and buy a few snacks.

Timing means Arizona's Democratic ticket has presidential candidates no longer in race Arizona's senators split vote on Trump acquittal Pima County election equipment gets OK from state
By posting comments, you agree to our
AZPM encourages comments, but comments that contain profanity, unrelated information, threats, libel, defamatory statements, obscenities, pornography or that violate the law are not allowed. Comments that promote commercial products or services are not allowed. Comments in violation of this policy will be removed. Continued posting of comments that violate this policy will result in the commenter being banned from the site.