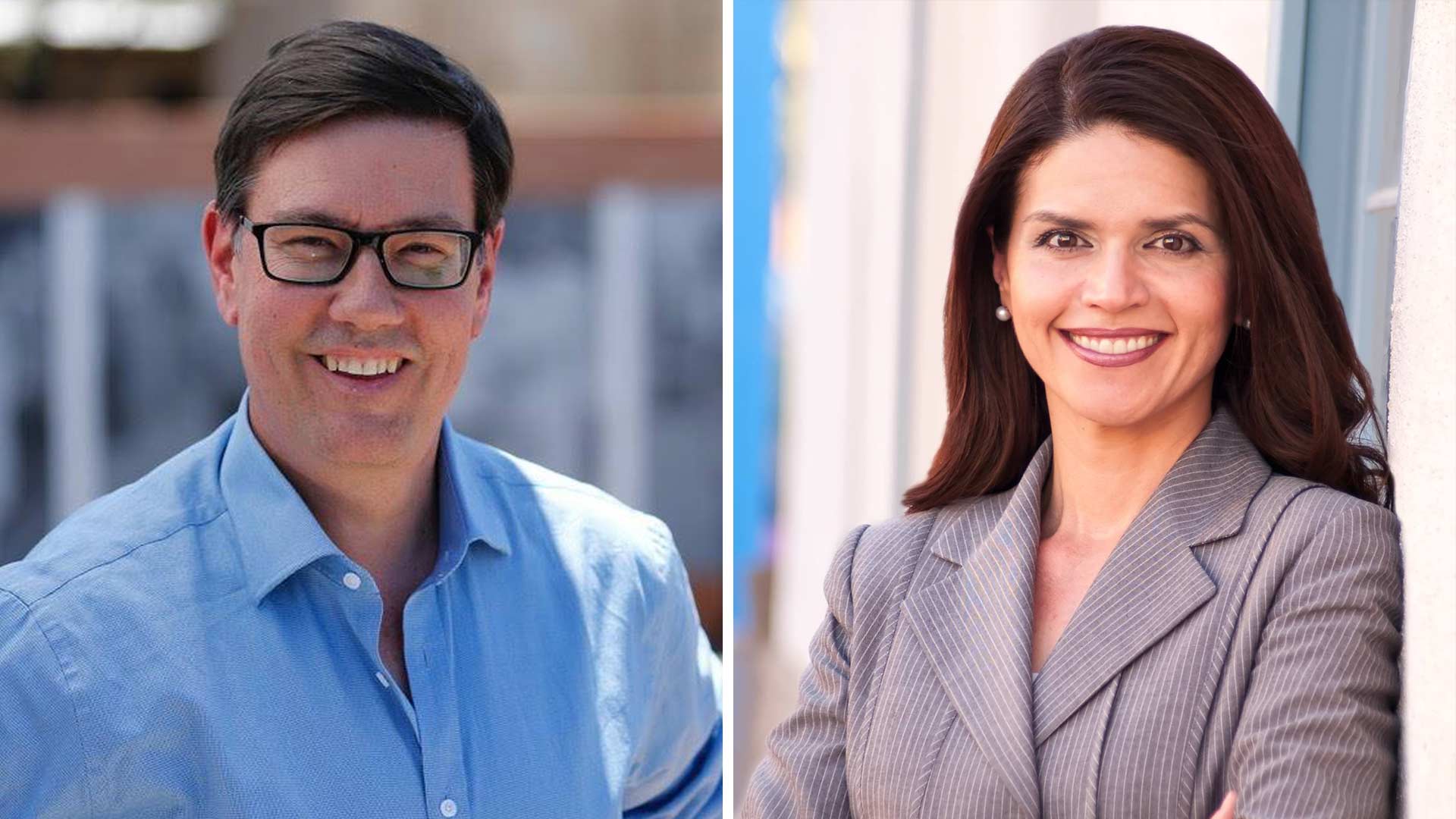 Steve Farley and Regina Romero, via the candidates' Facebook pages.

City Council member Regina Romero had the mayor's race all to herself, but just for one day. Democrat Steve Farley entered the race today with an announcement on Facebook.

Farley has been a state lawmaker since 2007. He served six years in the House before winning a Senate seat in 2012. He made an unsuccessful bid for the Democratic nomination for governor last year, losing to David Garcia.

He moved to Tucson in 1995 and used his skills as a graphic artist to create a photographic mural on Broadway Boulevard.

Four other people have filed paperwork to run for mayor, but only Romero and Farley have made formal announcements so far.

Excited to announce I will be running for Mayor of Tucson! I have dedicated the last 11 years to serving Tucson residents in my Ward 1 capacity and look forward to an opportunity to lead our beautiful City in new ways! Press release below. #VoteRegina pic.twitter.com/dHJX1kxEBp

I love living in Tucson and I care about our community, which is why I’m running for Mayor. I'll discuss my campaign tonight, which we're going to show LIVE from the Nucleus Club, on my Facebook page at 6 p.m. https://t.co/vkFJXBBv08

Downtown Tucson Partnership Chair Joins Mayor's Race New District 7 state representative named Arizona Republican Party chair rejects election audit call on her reelection
By posting comments, you agree to our
AZPM encourages comments, but comments that contain profanity, unrelated information, threats, libel, defamatory statements, obscenities, pornography or that violate the law are not allowed. Comments that promote commercial products or services are not allowed. Comments in violation of this policy will be removed. Continued posting of comments that violate this policy will result in the commenter being banned from the site.