President says only 2 percent show up for asylum hearings. The Justice Department says 80 percent do. by Nancy Montoya TWEET SHARE 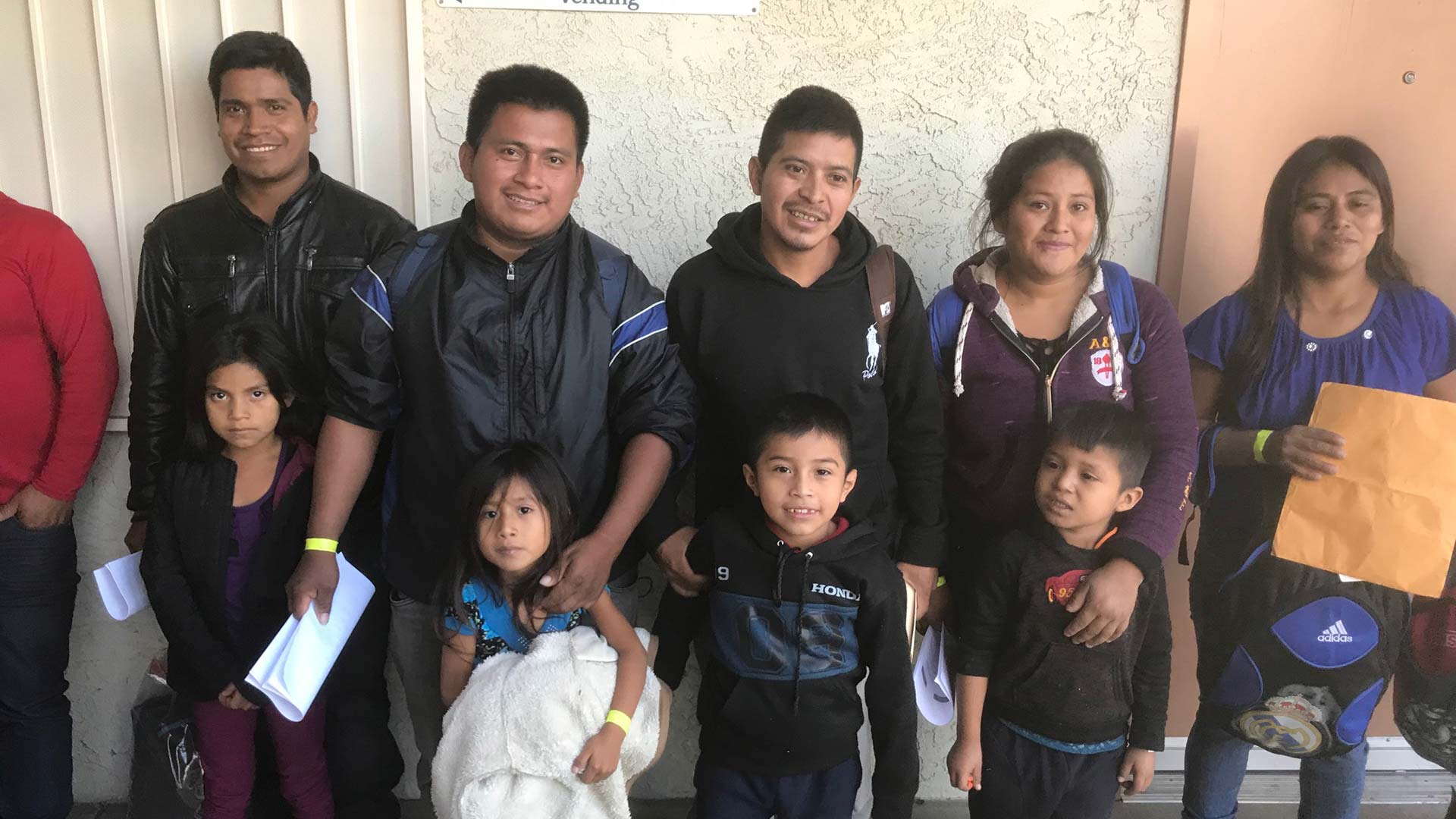 Four families from Guatemala with small children waiting for shelter and something to eat. Tucson volunteers are helping them get to their final destinations to await asylum hearings, Dec. 23, 2018.
Nancy Montoya/AZPM

One of President Donald Trump's favorite "go to" lines when talking about asylum seekers is citing the percentage that miss their court dates. But, there are statistics from the president's own Justice Department that refute the president's claims.

When immigration officials determine an asylum claim has merit — it triggers numerous court dates for asylum seekers to verify their claim. The American Immigration Council says President Trump has his own, fact-free version of what happens next.

"Then you say come back three years later for your trial — tell me what percentage of people come back? Would you say a hundred percent — you're a little off. How about 2 percent."

The American Immigration Council says that in fact around 93 percent of asylum seekers with children return for court dates. Immigration advocates say the President has made the 2 percent claim at least a dozen times since October. He said it again in El Paso on Monday.

His own Justice Department reports that in 2017, 80 percent of asylum seekers met their court dates.

Even Trump-friendly immigration groups like The Center for Immigration Studies — has conceded that quote — "These families consistently follow the rules by meeting their court dates."

Tucson Monastery Sheltering Asylum-Seekers Bused From Texas Senators seek suspension of new guest-worker visas Arizona ICE facility has one of the highest COVID-19 caseloads in nation
By posting comments, you agree to our
AZPM encourages comments, but comments that contain profanity, unrelated information, threats, libel, defamatory statements, obscenities, pornography or that violate the law are not allowed. Comments that promote commercial products or services are not allowed. Comments in violation of this policy will be removed. Continued posting of comments that violate this policy will result in the commenter being banned from the site.