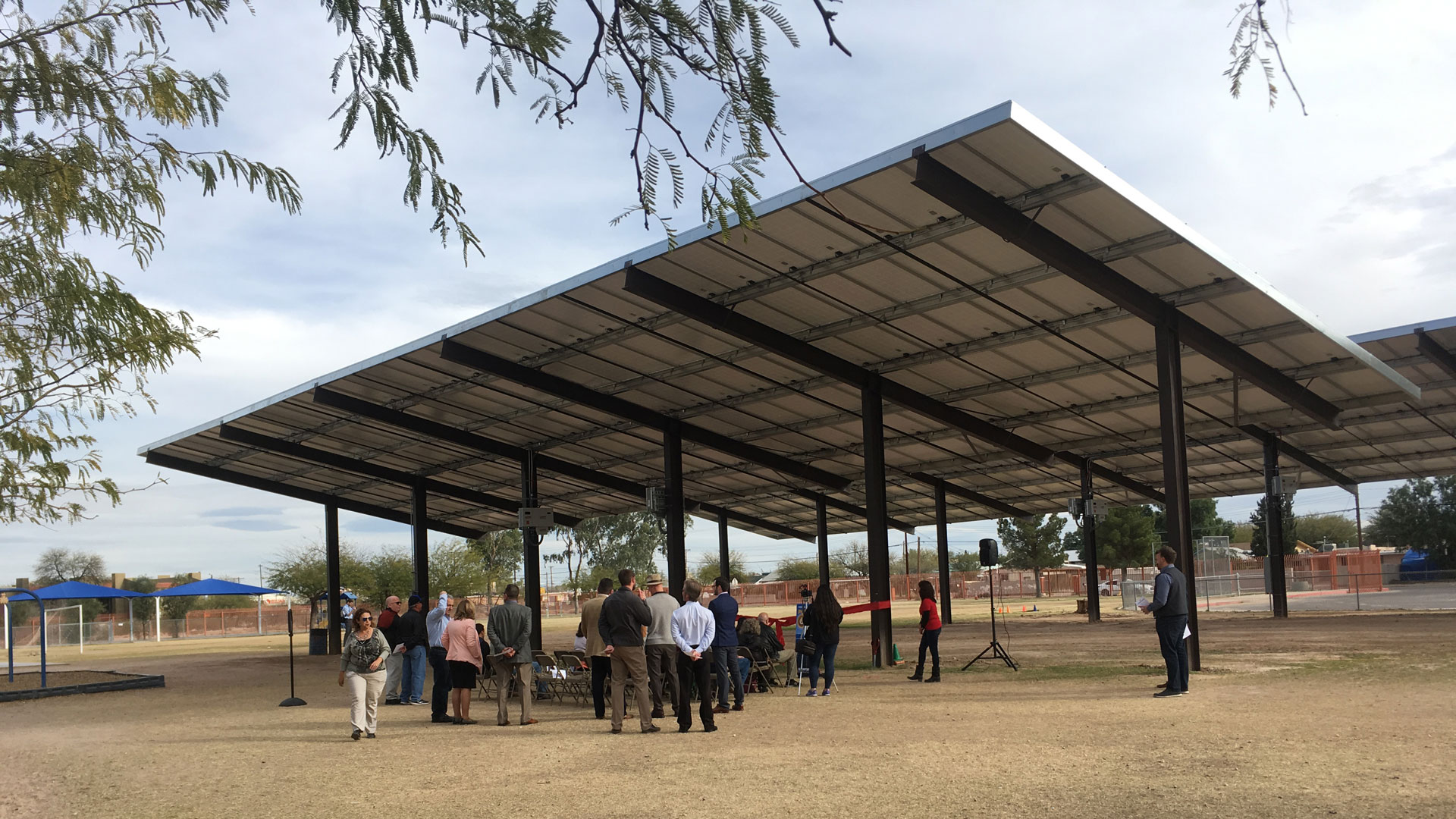 Southern Arizona's second-largest school district celebrated on Wednesday the first phase of a two-year project to build solar panel sites across the district.

Sunnyside Unified School District had a ribbon-cutting ceremony to recognize bringing five of its 24 solar panel sites online. The district held the ceremony at Drexel Elementary School on Tucson's south side.

Superintendent Steve Holmes said the solar energy generated from the site will be from solar-panel shade structures built over parking lots and play areas.

"I'm glad we're on that pathway for really taking advantage of both our weather and making better use of it, so we actually save money on energy," said Holmes. 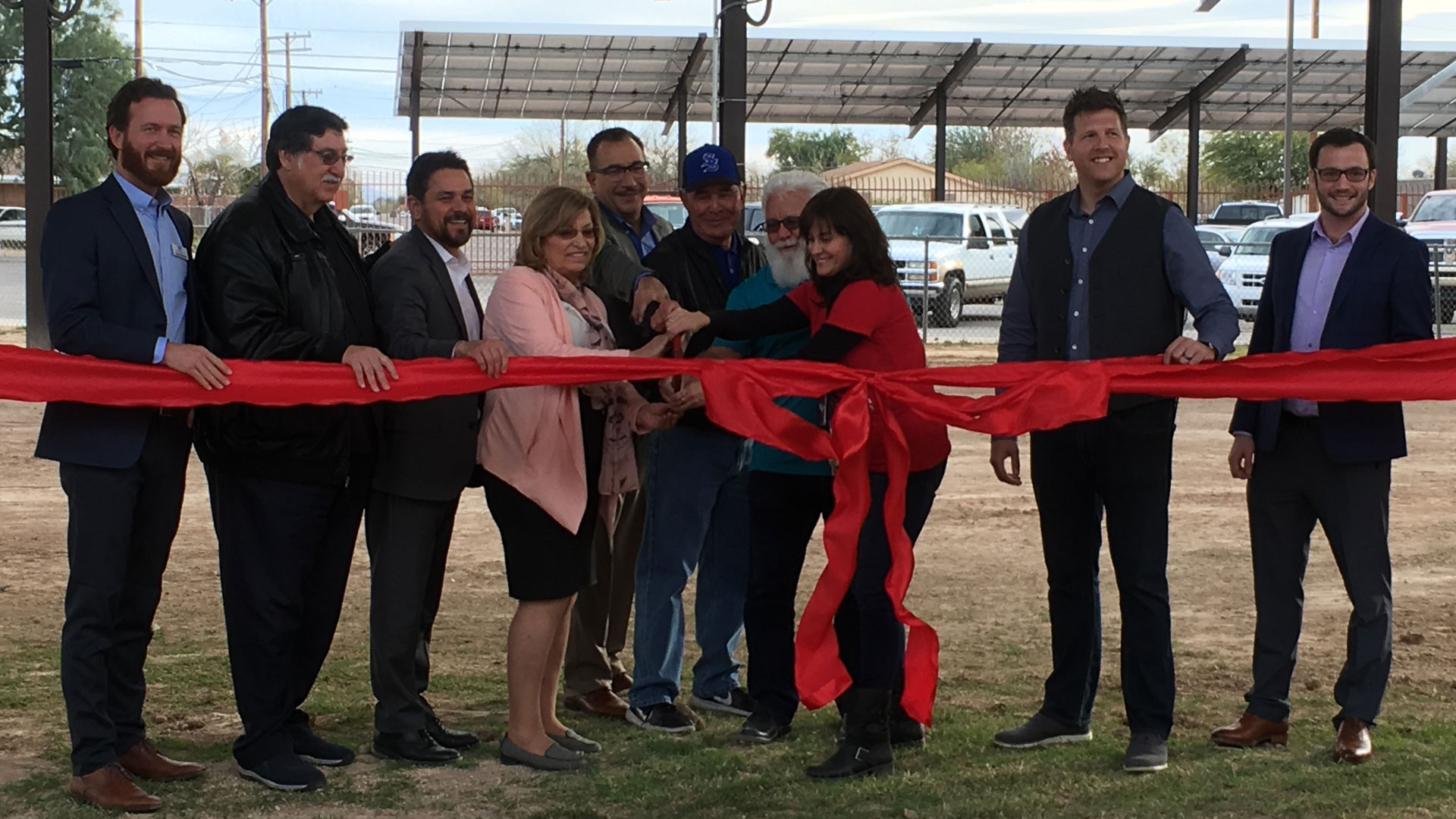 John McDonnell of SunRenu, the company that built the solar shades, said once all 24 sites are active they will create 8.5 million watts of energy, replacing 11 million pounds of coal that would have been burned to power Drexel Elementary. He said the project will save approximately half a million dollars in the first year.

"By embarking on this solar journey, we can ensure the public, our taxpayers and our community that we are looking at any way that we can give money back to the classrooms," said Holmes.

McDonnell said he estimates that in 30 years the district will save approximately $50 million.

The project did not cost the district anything up front. The chief financial officer for Sunnyside Unified School District, Hector Encinas, said Sunnyside agreed to buy its electricity through SunRenu at a reduced rate, if the contractor would fund the project.

"We're a little bit behind other districts, but at the same time — better late than never," said Holmes.

He said the district plans to use the solar sites as tools to teach elementary school students how to conserve energy at school and at home. Middle school and high school students already learn about renewable energy sources in their science classes, but they too will benefit from these on-site science projects.

Superintendent Holmes said he hopes the project will be finished in 2020.

Arizona utility regulators again reject clean energy rules Super-thin panels could change solar industry Corporation Commission member urges 2050 clean energy target
By posting comments, you agree to our
AZPM encourages comments, but comments that contain profanity, unrelated information, threats, libel, defamatory statements, obscenities, pornography or that violate the law are not allowed. Comments that promote commercial products or services are not allowed. Comments in violation of this policy will be removed. Continued posting of comments that violate this policy will result in the commenter being banned from the site.