The City Council voted to back the small border town in its fight with the federal government. by Michel Marizco, Fronteras Desk Tweet 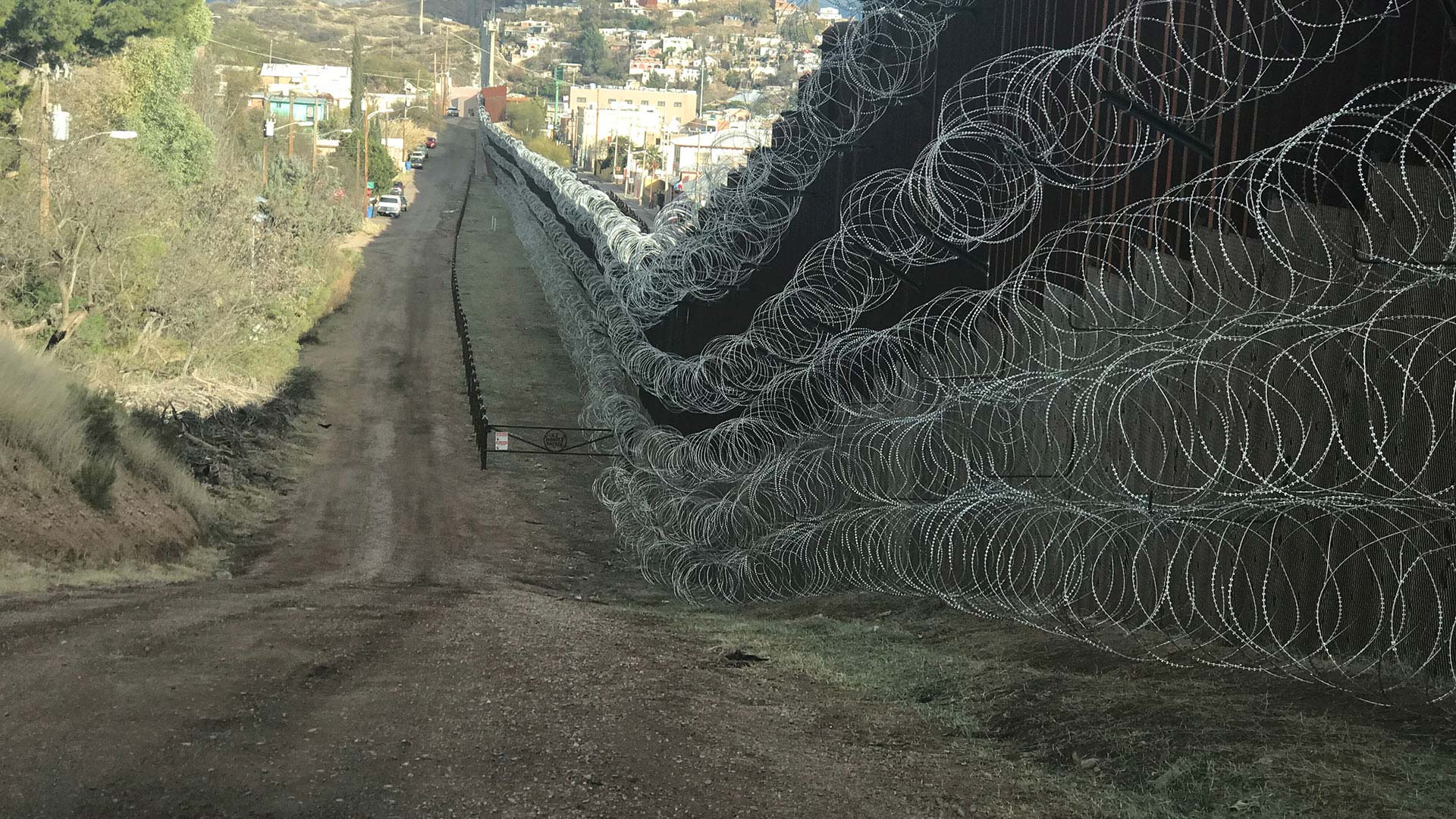 Tucson City Council voted Wednesday night to support the small town of Nogales, Arizona, in its fight with the Homeland Security Department and the U.S. military on the Mexican border.

The council voted 7–0 to back Nogales in its demand that the federal government strip concertina wire from its share of border fence.

In November, the U.S. military began stringing concertina wire on the slats of the fence that separates the small border city from Mexico. Officials said they worried migrants, mostly asylum seekers, would try to rush into the U.S. and avoid waiting in line for their cases to be heard. Then the military tripled down, adding multiple rows of gleaming wire that Nogales city officials said was more appropriate for a war zone than a border city that depends on Mexico to survive economically.

"To be frank, the raising of razor wire is repulsive and abhorrent and we should not stand for an affront to our communities as is happening right now," said Councilwoman Regina Romero.

"If the president wants to talk about a national emergency, we have a humanitarian emergency that we as a community, not as a city government but as a community, are addressing every single day," said Kozachik.

The unanimous vote was met with applause. City officials also wanted to make sure the city did no business with local companies who contracted to build new barriers along the border.

Nogales City Leader Reacts to Concertina Wire at Border Charges Dropped Against 4 Migrant Aid Volunteers Brnovich says City of Tucson can’t require COVID-19 vaccines
By posting comments, you agree to our
AZPM encourages comments, but comments that contain profanity, unrelated information, threats, libel, defamatory statements, obscenities, pornography or that violate the law are not allowed. Comments that promote commercial products or services are not allowed. Comments in violation of this policy will be removed. Continued posting of comments that violate this policy will result in the commenter being banned from the site.