A nonprofit is organizing the shelter services; immigration officials say Texas facilities have run out of room. by Nancy Montoya TWEET SHARE 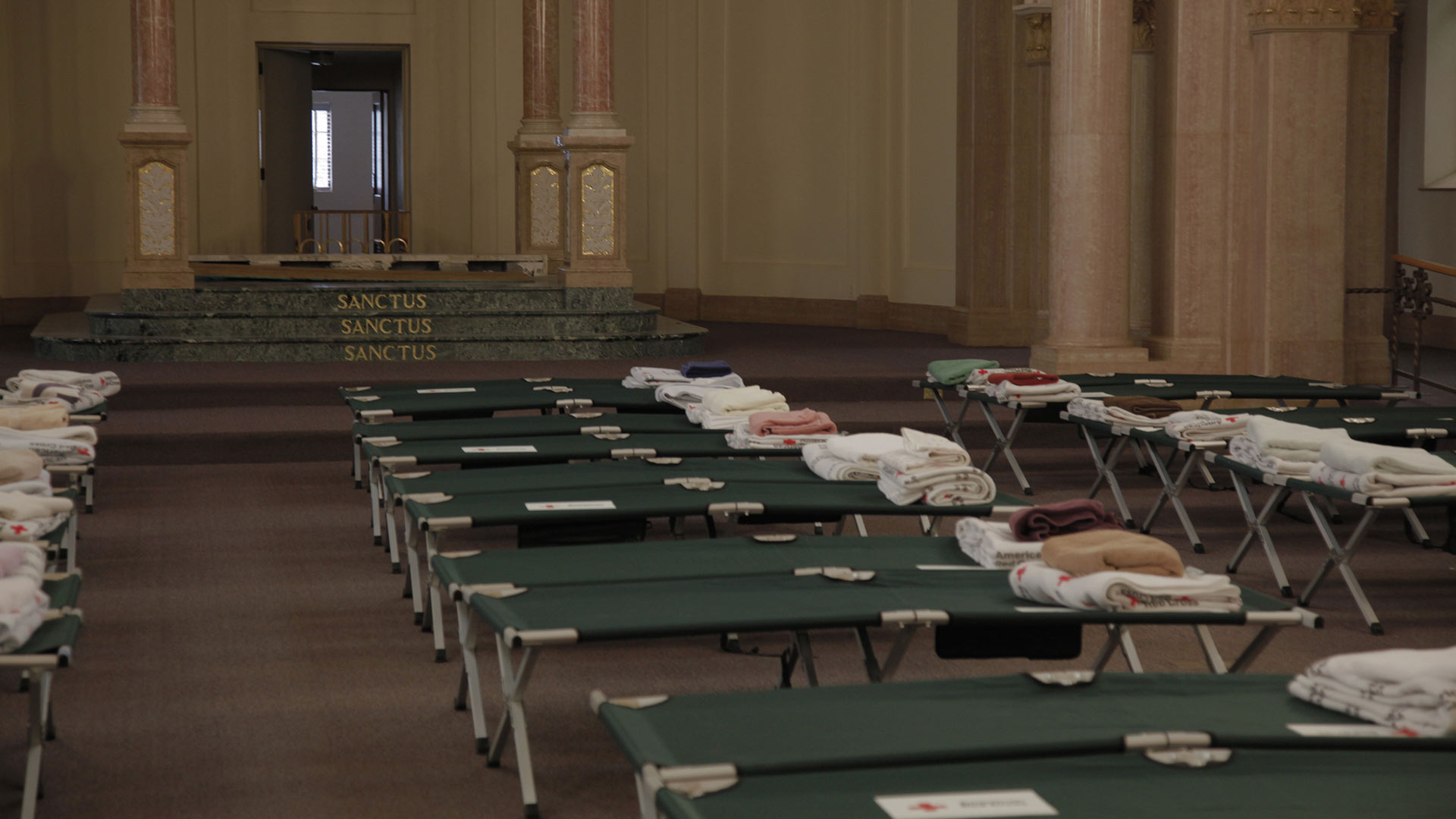 Tucson's Benedictine Monastery has re-opened with a new temporary mission: to house hundreds of asylum-seeking families, mostly from Central America.

The 90-year-old Benedictine Monastery in Tucson was sold last year to developer Ross Rulney. Since then it has been closed in preparation for construction to and around the building that is scheduled to begin sometime this summer.

Teresa Cavendish, the director of operations for Catholic Community Services, found out Rulney was open to temporarily using the monastery to house migrant families going through the asylum process. 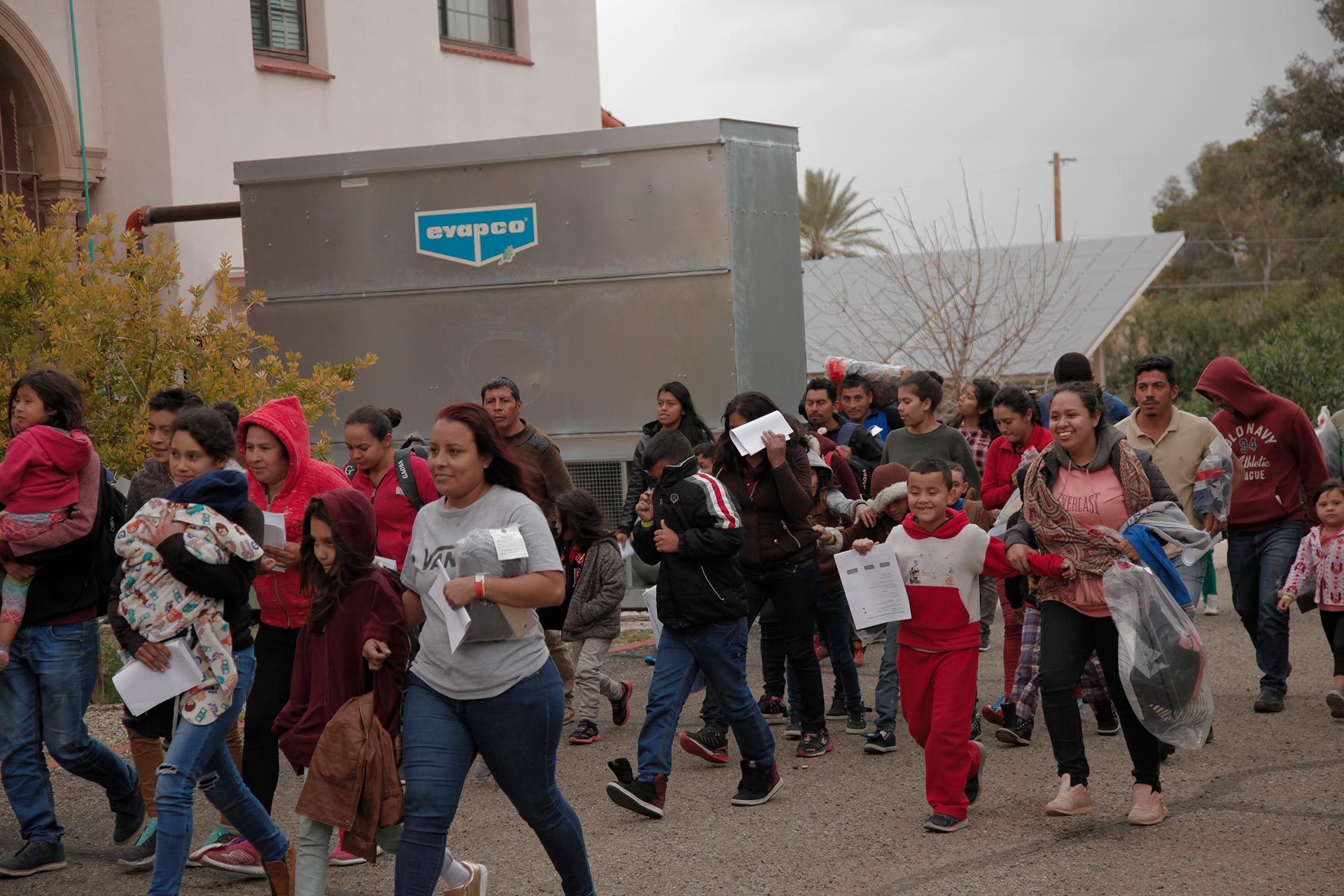 That was three weeks ago. So far, almost 400 individuals have been processed at the monastery. Most families are being bused in to Tucson by Border Patrol from El Paso. Immigration officials say they have run out of room at Texas facilities — and the Tucson monastery was opened just in time.

Cavendish says that these are individuals and families with children who have followed the rules and asked for asylum at the U.S. Border. They have all been screened by immigration and are ready to make the connection with a sponsoring U.S. family. 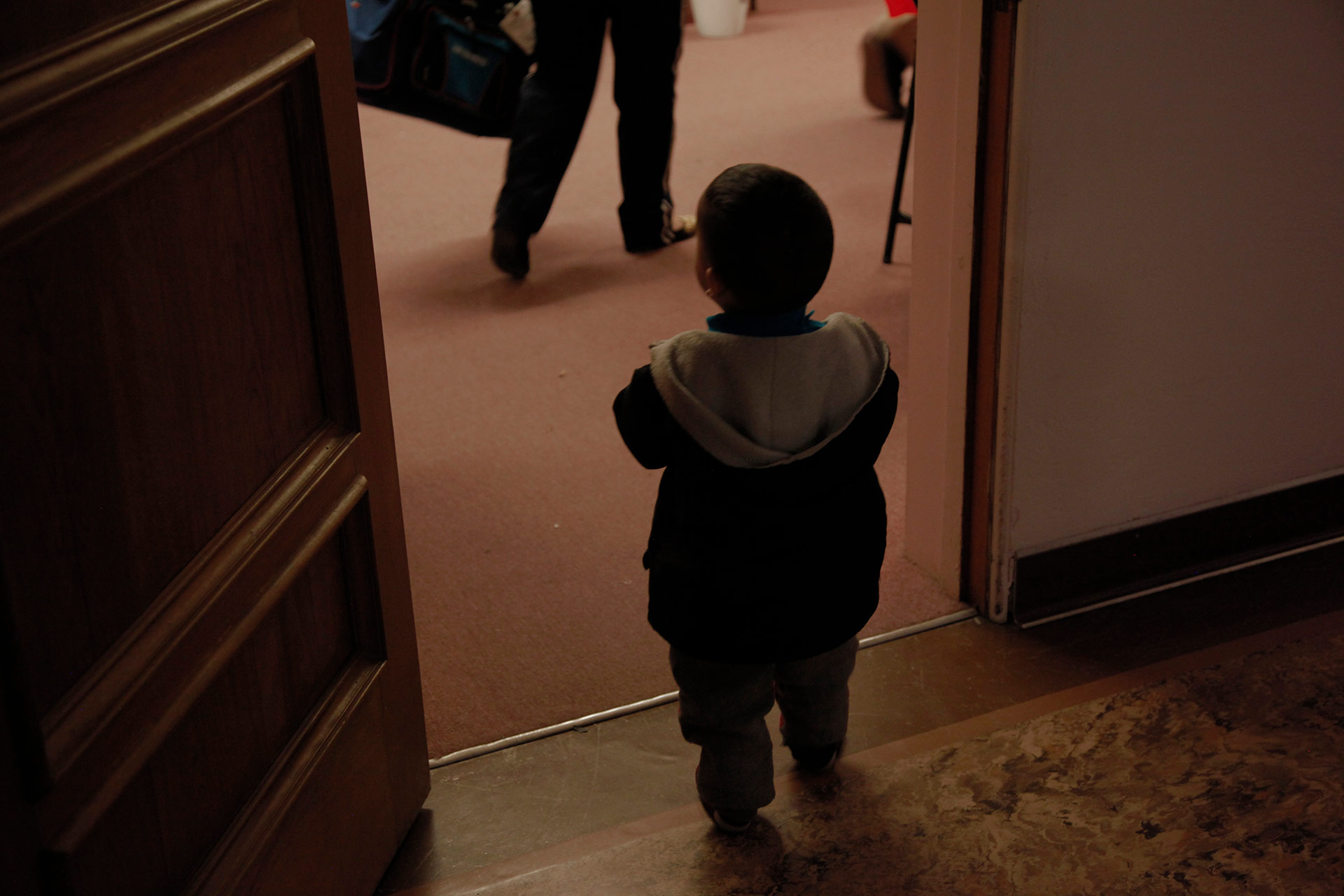 A three year old child from Guatemala waits at the doorway into a cafeteria at the Benedictine Monastery, that has been turned into an emergency shelter for asylum seeking families. He had not had a good meal in three days. He will today.
Carlos Perez

And that’s were local shelters like the monastery come in. Volunteers coordinate their final step to get to their sponsoring families, located all over the country.

Pima County Looking for Ways to House Migrants Inside the Monastery-Turned-Shelter for Migrant Families Trump Administration Sued Over Shift in Asylum Policy
By posting comments, you agree to our
AZPM encourages comments, but comments that contain profanity, unrelated information, threats, libel, defamatory statements, obscenities, pornography or that violate the law are not allowed. Comments that promote commercial products or services are not allowed. Comments in violation of this policy will be removed. Continued posting of comments that violate this policy will result in the commenter being banned from the site.