The Reid Park Zoo is hosting the festival, which features some larger-than-life lanterns. by Emmalee Mauldin, AZPM Tweet 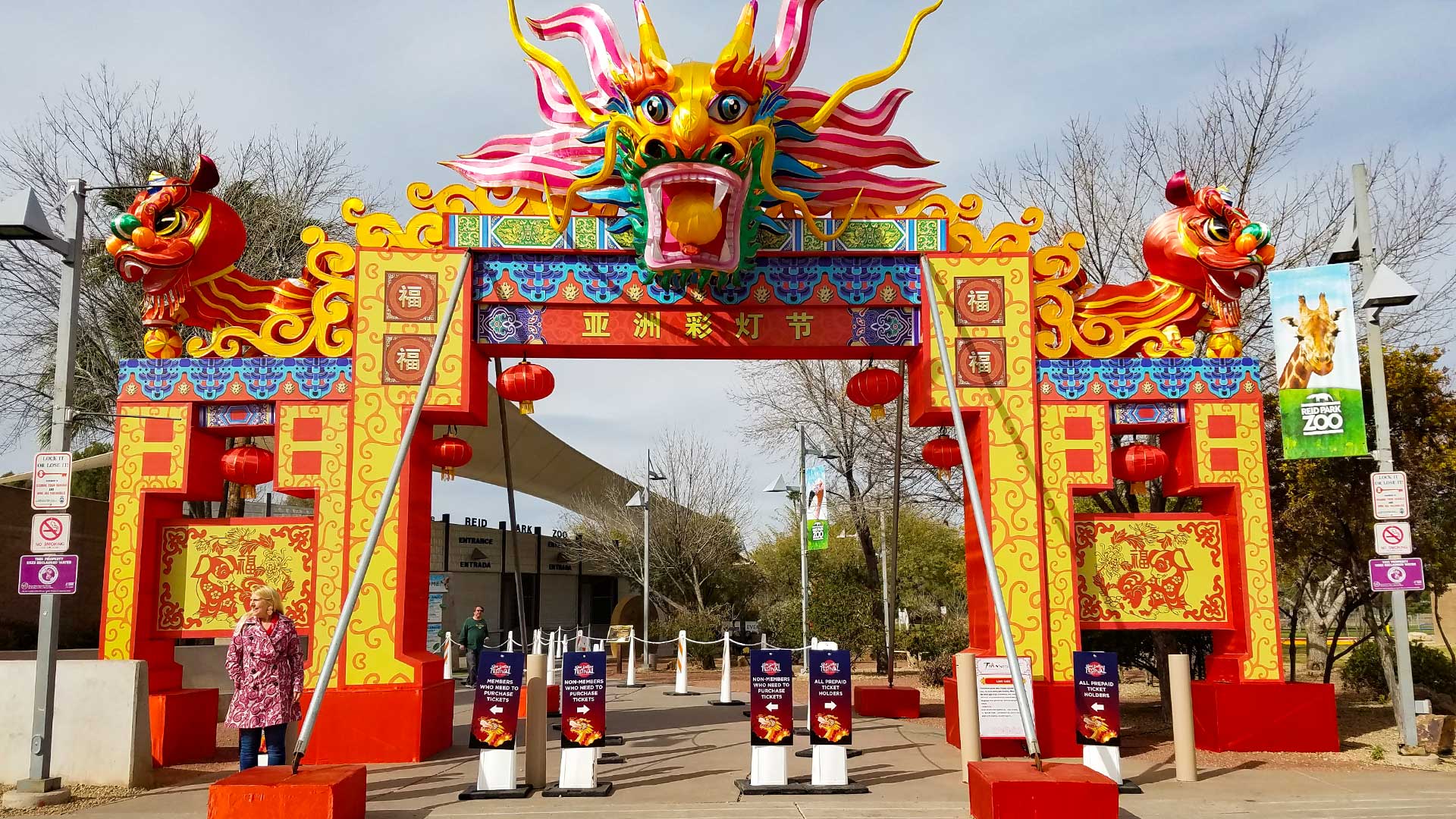 The Lantern Festival, which started Feb. 2 and ends March 23, is in collaboration with the Confucius Institute at the University of Arizona, Tucson Chinese Cultural Center and Tianyu Arts and Culture Inc.

Zhao Chen, director of the UA Confucius Institute, said that the goal of the event is to promote multiculturalism in Tucson. 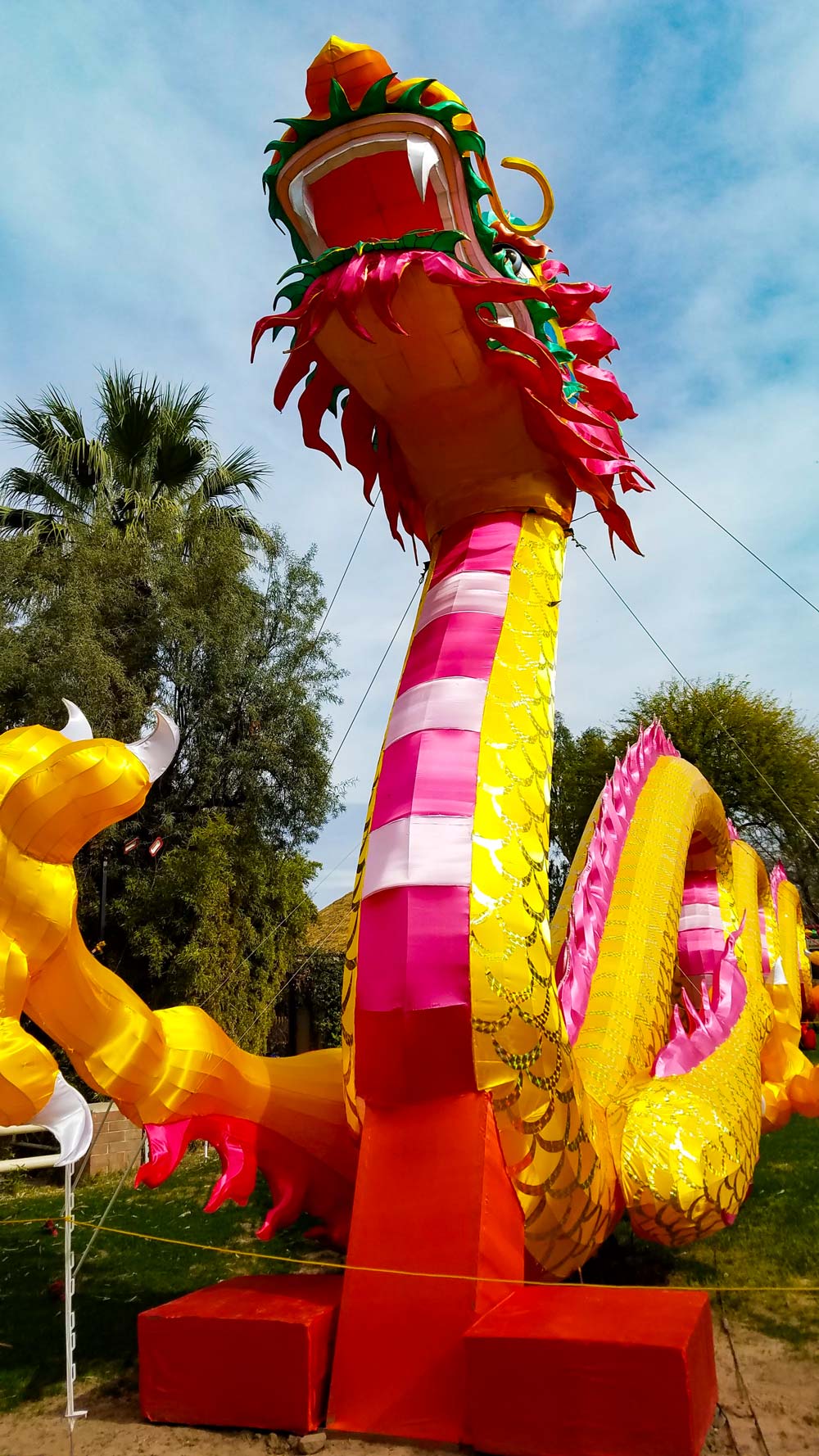 VIEW LARGER Some of the 478 lanterns at the Asian Lantern festival are larger than life.
Emmalee Mauldin/AZPM

There are 478 lanterns scattered throughout Reid Park Zoo, including 40 larger-than-life lanterns. Some of the notable lanterns include the Chinese Palace, Fish of Abundance display and 120-foot long, 35-foot tall dragon. A Zen Garden, interactive floor lighting and Asian-inspired food are also a part of the experience at the festival.

Jed Dodds, event coordinator at Reid Park Zoo, says the lanterns were hand-designed over the course of eight months and constructed on-site by a team of 20 artisans.

“We had over 20 artisans from China that were out here handcrafting these things out in the front of the zoo outside, so I had to create a space that was safe for them to do all their work – getting their tools here, where are they staying, where do they eat, where do they cook,” Dodds said. “These are all logistical things that we had to solve to be able to bring an event like this to the zoo.”

The government shutdown earlier this year prevented some of the lanterns constructed in China from entering the port in Los Angeles. That meant that zoo staff had less time to set up the show.

When the lanterns were finally in Tucson and getting set up at the zoo, the locations of the lanterns became problematic.

Dodds says the real animals also complicated things: one of their giraffes had problems with the penguin lanterns being on top of her enclosure’s roof and the lions wanted to play with the panda lanterns in front of their enclosure.

Tickets for the event are $18 for adults and $16 for children ages 2-14. Zoo members get $2 off admission. There are daily and weekly craft games and activities, as well as entertainment activities all included with admission.

With the success of the Asian Lantern Festival at the zoo, Dodds hopes to make the festival an annual event. 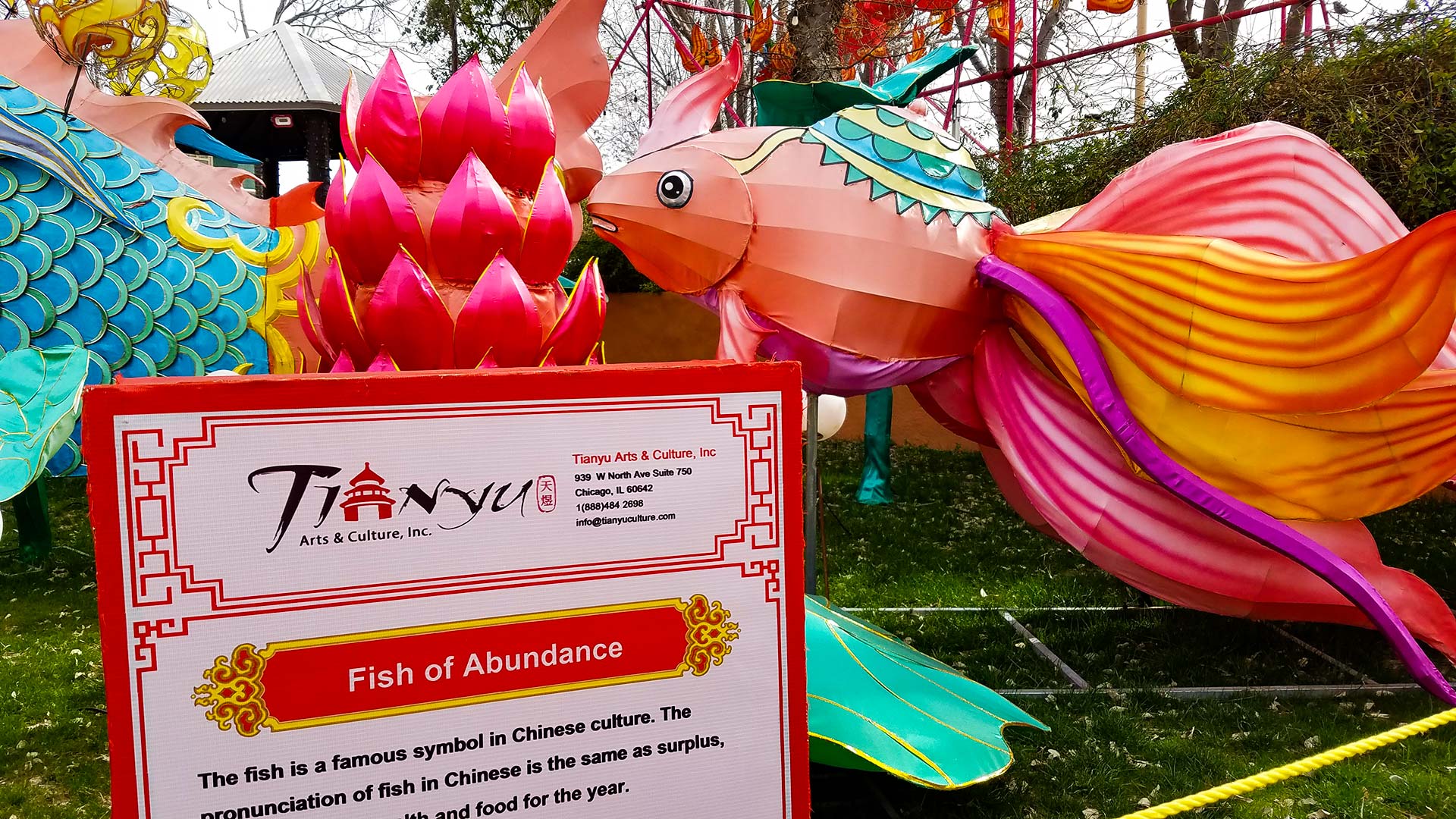 Organizers say the goal of the Asian Lantern Festival is to promote multiculturalism in Tucson.
Emmalee Mauldin/AZPM 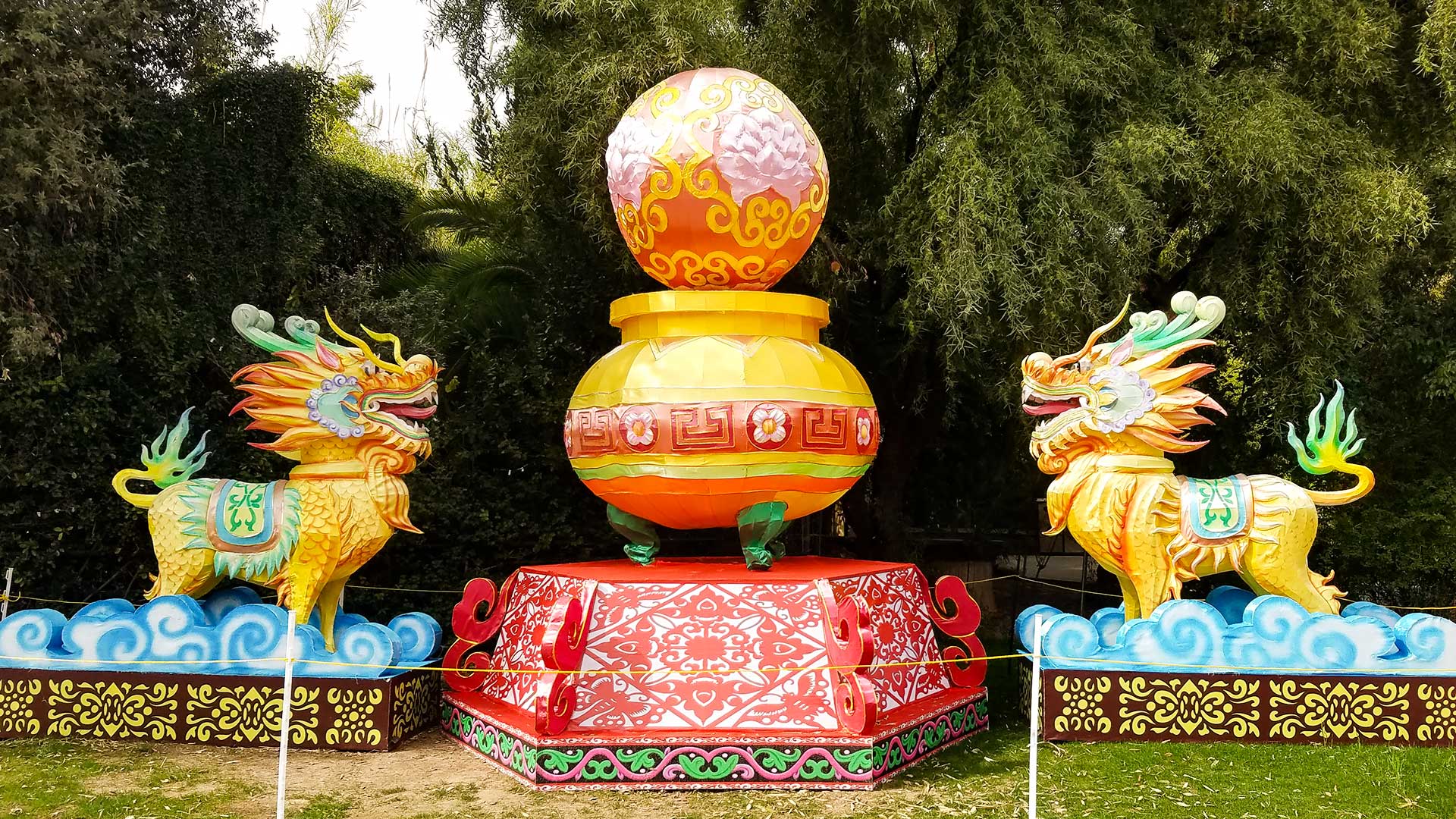 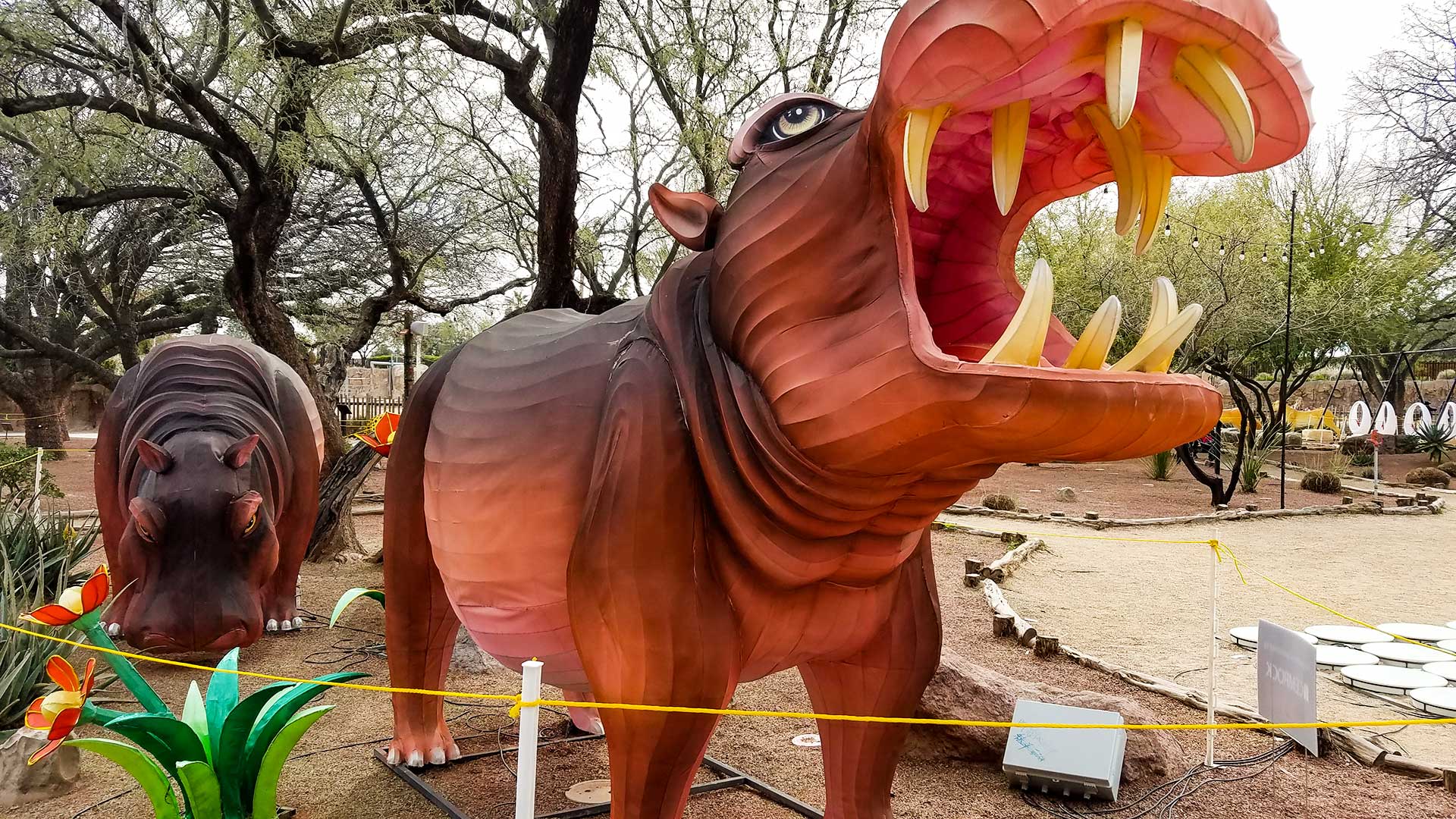 It took eight months for artisans to construct hundreds of lanterns.
Emmalee Mauldin/AZPM 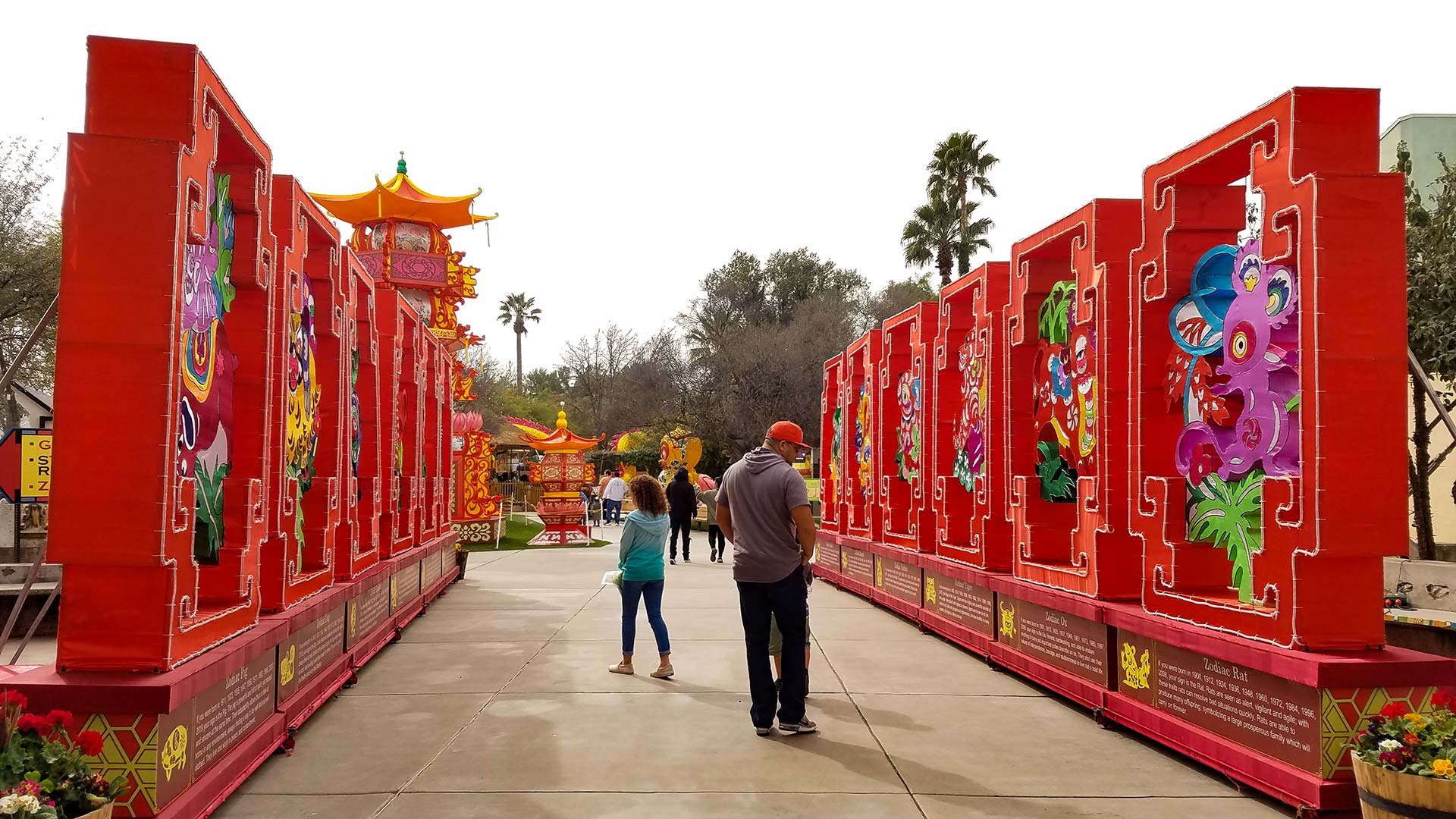 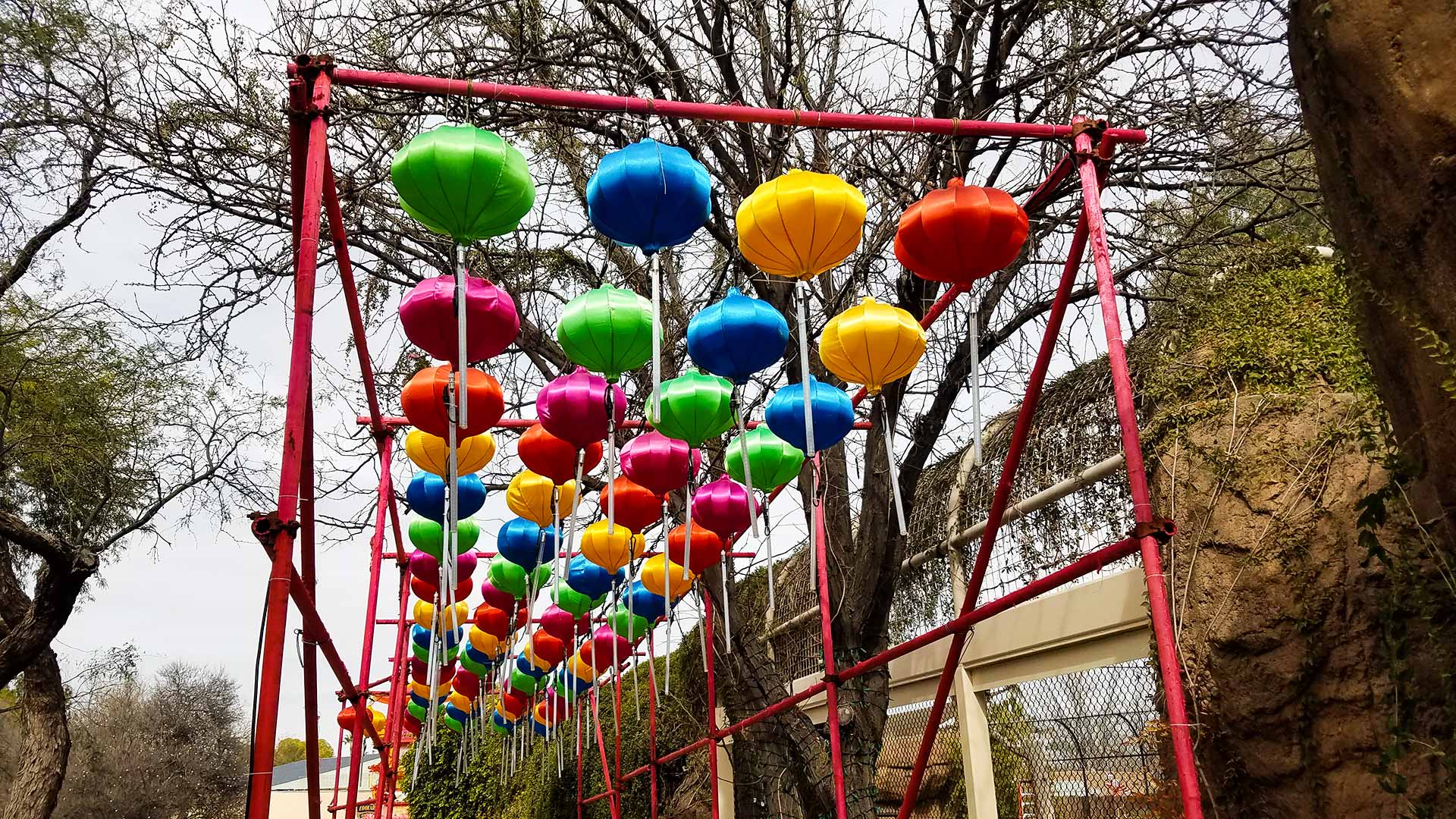 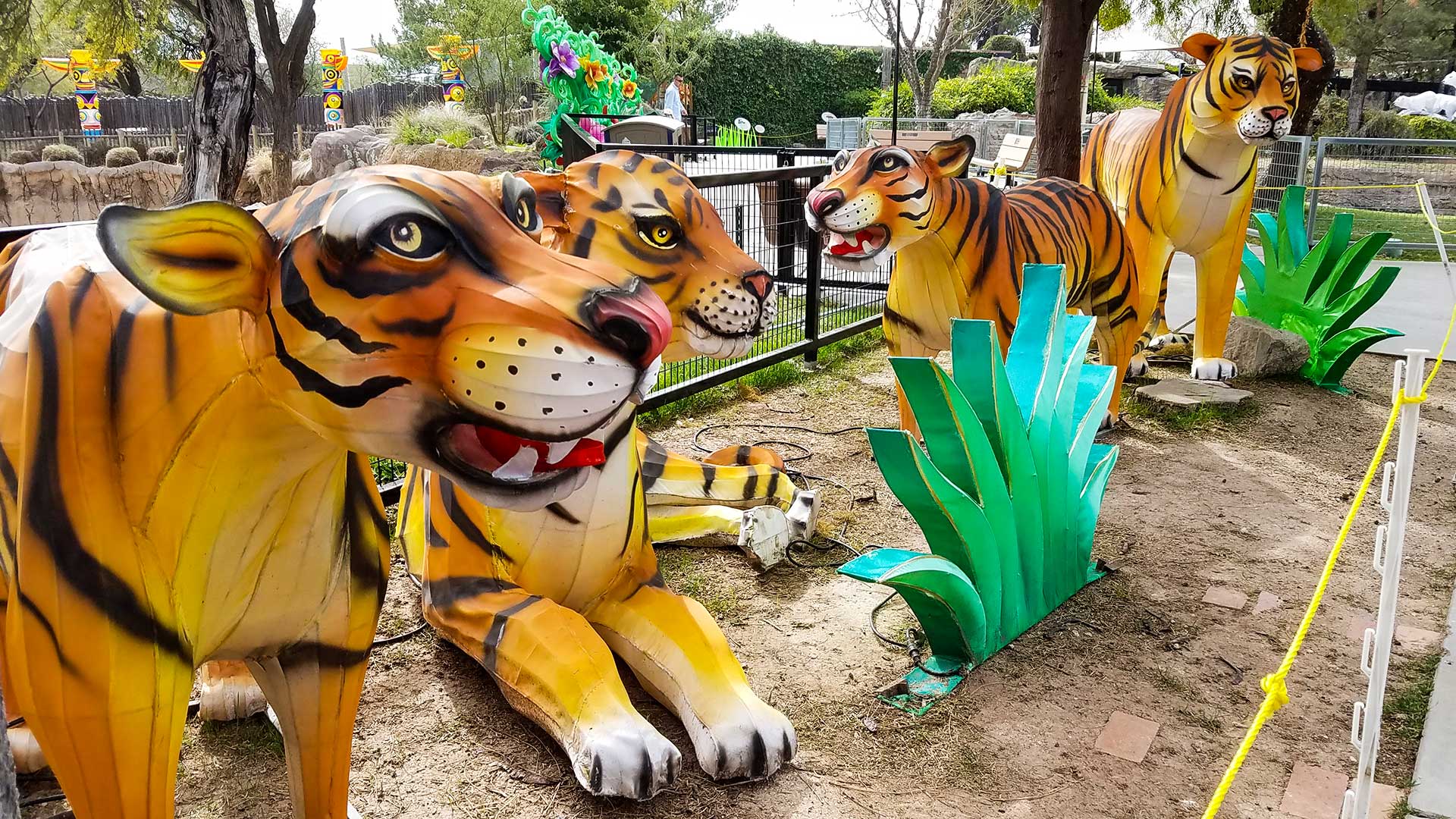 Some animals in the zoo wanted to play with nearby lanterns, festival organizers said.
Emmalee Mauldin/AZPM

“Gabby Giffords: Won’t Back Down” is a journey of healing from gun violence. Travel Route 66 with "The Great Muslim American Road Trip." Artist Michael Moore and the natural world in charcoal.
By posting comments, you agree to our
AZPM encourages comments, but comments that contain profanity, unrelated information, threats, libel, defamatory statements, obscenities, pornography or that violate the law are not allowed. Comments that promote commercial products or services are not allowed. Comments in violation of this policy will be removed. Continued posting of comments that violate this policy will result in the commenter being banned from the site.