Cold temperatures nationally led to canceled appointments, but donors in Arizona and California may save the day. by Emma Gibson TWEET SHARE 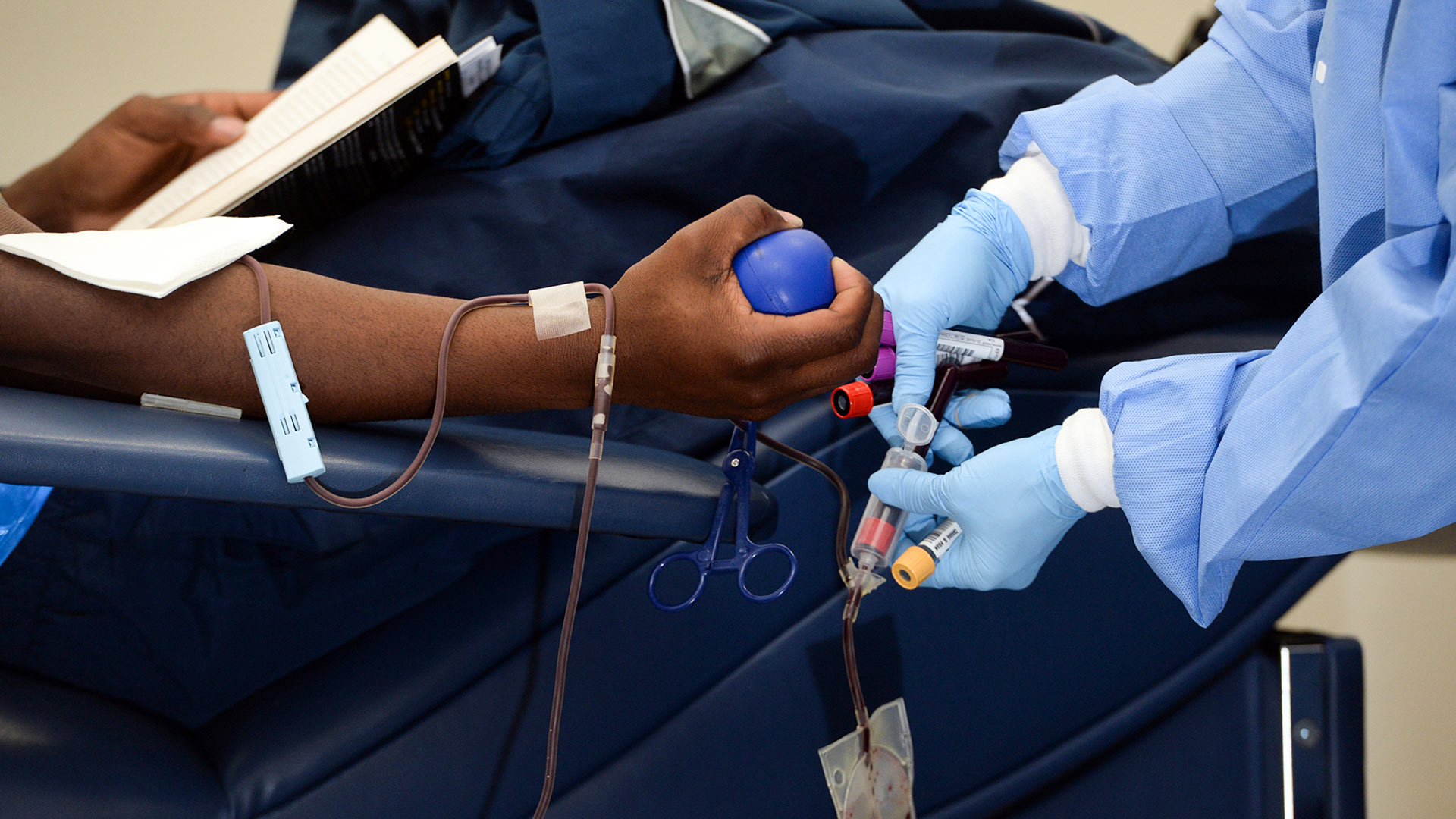 The American Red Cross is in desperate need of Type O blood nationwide. The nonprofit only has enough donated blood to last them till Thursday.

Samantha Bivens with the Red Cross in Southern Arizona said donors in states affected by the polar vortex haven't made their regular donations because of the cold weather. The Red Cross will need donors to refill the shelves and maintain its daily quotas.

"We'd need probably about 20,000 donors to show up nationwide to come on out and donate some blood," said Bivens.

She said hospitals are looking to donors out West for help.

"We're asking for Arizonans and Californians and some of our West Coast friends here to step up and fill the void where that blood is desperately needed," said Bivens.

According to the Red Cross website, about 38 percent of Americans can give blood, but only 3 percent of age-eligible volunteers donate every year.

The Red Cross reports that approximately 45 percent of the population has Group O blood, but only 7 percent of that is Type O-negative.

Bivens said volunteers can donate one pint of blood every 56 days, which could save up to three lives. If the blood isn't used, Bivens said it will expire in 42 days.

"The deficit there of two weeks, you can see why we always say the need is constant," said Bivens.

In a press release, the American Red Cross announced it partnered with the HBO's television show Game of Thrones to incentivize blood donations.

Volunteers who donate between now and March 17 will be entered in a drawing to win one of five trips to see the season premiere of the show. Anyone who gives blood from March 7-12 will get Games of Thrones merchandise while donation centers have supplies.

Miles from Recovery: How distance and stigma keep rural Arizonans from opioid treatment Pascua Yaqui clinic working to treat opioid addiction, overcome stigma Rain, snow expected early this week over New Mexico, Arizona
By posting comments, you agree to our
AZPM encourages comments, but comments that contain profanity, unrelated information, threats, libel, defamatory statements, obscenities, pornography or that violate the law are not allowed. Comments that promote commercial products or services are not allowed. Comments in violation of this policy will be removed. Continued posting of comments that violate this policy will result in the commenter being banned from the site.