Police: Drugs Smuggled From Mexico to Canada in Ford Cars

The cars were being sent by rail in cars made in Hermosillo, Sonora, Ontario police said. by Kendal Blust, Fronteras Desk TWEET SHARE 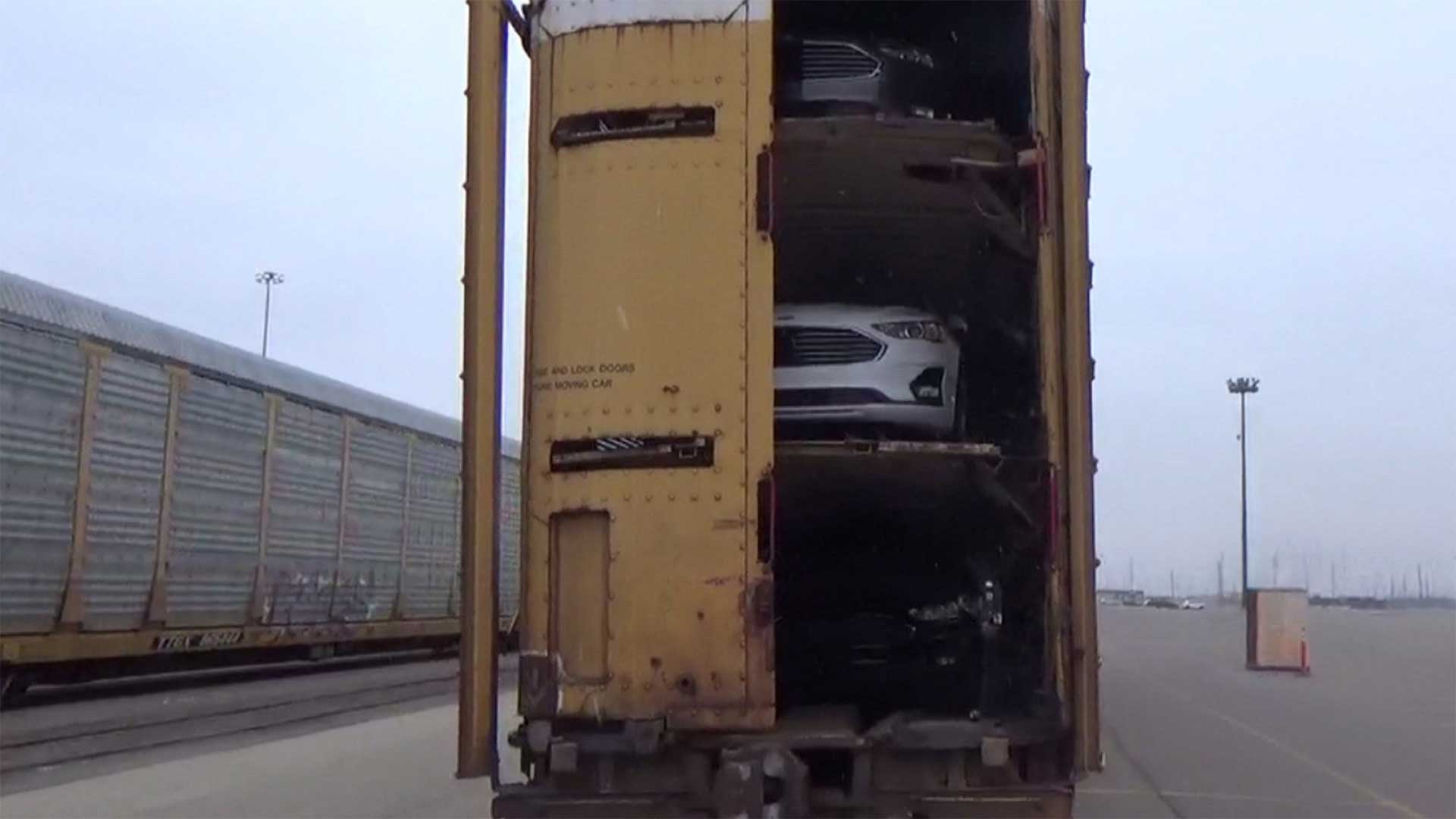 Police in Canada say they discovered meth smuggled in new cars being shipped from Hermosillo, the capital of Sonora.
Ontario Provincial Police via Twitter
LISTEN

The Ontario Provincial Police announced Wednesday that Mexican drug cartels have been sending drugs to Canada by rail hidden in Ford cars made in Hermosillo, Sonora.

Police say they started investigating last December after employees at four Ontario Ford dealerships reported finding suspicious packages in the spare tires of Ford Fusion cars sent from the Sonoran capital city. Police identified the packages as meth, and eventually found more than 400 pounds of meth hidden in cars shipped to Canada from the Ford plant in Hermosillo.

During a press conference Wednesday, Ontario police said they were confident that the Sinaloa drug cartel is responsible for the drug smuggling. But they have not found any drugs in recent car shipments and think the cartel has stopped using the Ford cars to transport meth to Canada.

A firsthand look at how the Pima County Sheriff's Department seizes drugs off the streets Human Trafficking Part of Larger Cartel Strategy Binational team of female brewers to debut IPA in Tucson
By posting comments, you agree to our
AZPM encourages comments, but comments that contain profanity, unrelated information, threats, libel, defamatory statements, obscenities, pornography or that violate the law are not allowed. Comments that promote commercial products or services are not allowed. Comments in violation of this policy will be removed. Continued posting of comments that violate this policy will result in the commenter being banned from the site.