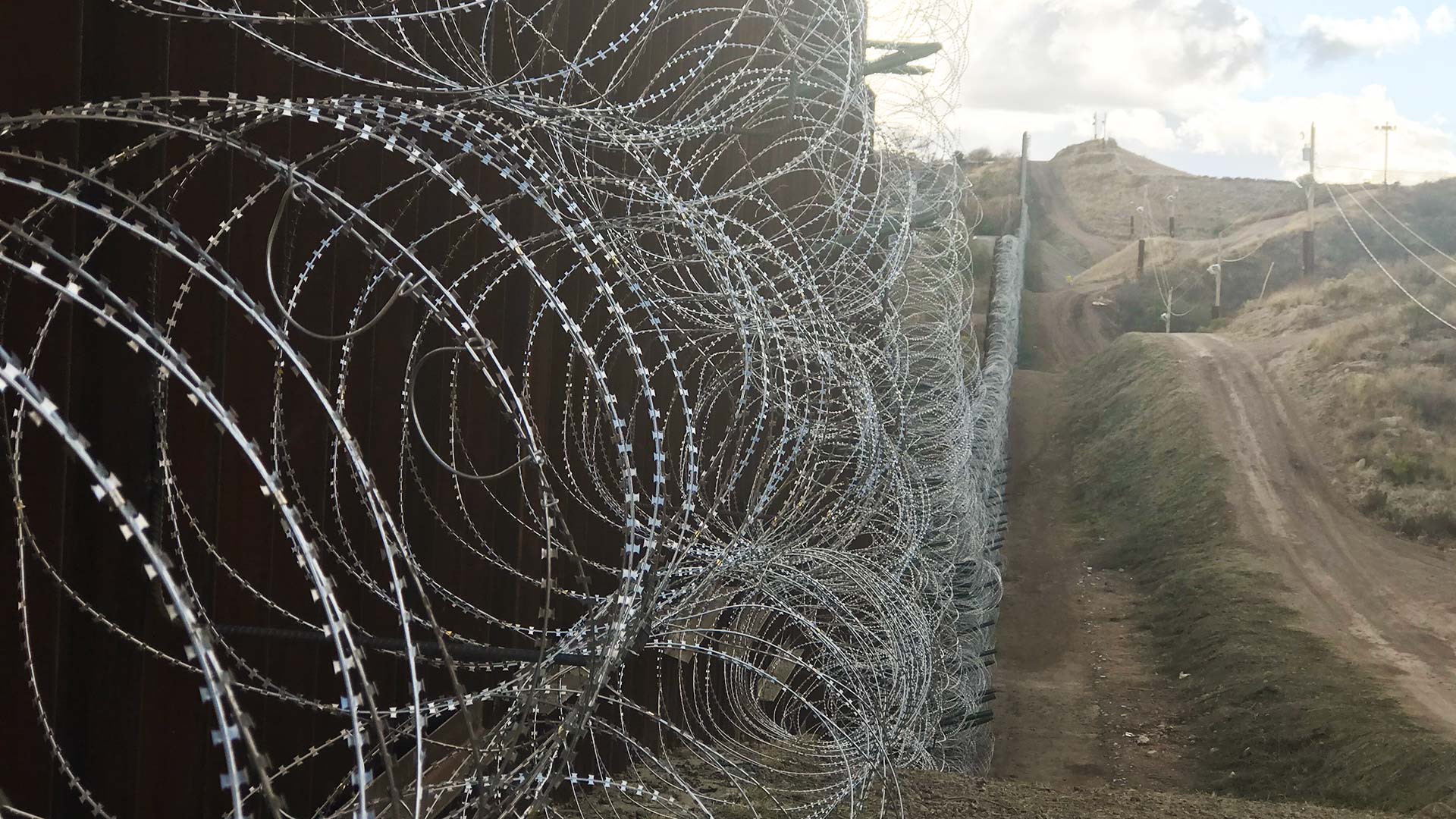 Rows of razor wire cover the U.S. side of a section of the wall near Nogales, Arizona.
Nancy Montoya/AZPM

The first resolution supports the city of Nogales' call to remove razor wire from along the border. The second condemns President Trump's declaration of a national emergency to build a border wall. Both resolutions passed 3-2 along party lines.

"I don't believe it! This is a false statement the city of Nogales is conveying," he said. "I will not be supporting it"

Board Chair Richard Elias, a Democrat, says he believes the danger is real but chided Christy about his lack of trust in the Nogales administration.

"To doubt the sincerity of the Nogales aldermen and mayor — we ought to think about what that means," he said.

As to the president's national emergency declaration, both Republican commissioners say the president has the constitutional right to declare an emergency, but they were outvoted by the Democrats.

New letter asks Mexican officials to help stop border wall construction New lawsuit challenges legality of 'Remain in Mexico' program's migrant child removals Rep. Grijalva to introduce new COVID-19 relief bill for border businesses
By posting comments, you agree to our
AZPM encourages comments, but comments that contain profanity, unrelated information, threats, libel, defamatory statements, obscenities, pornography or that violate the law are not allowed. Comments that promote commercial products or services are not allowed. Comments in violation of this policy will be removed. Continued posting of comments that violate this policy will result in the commenter being banned from the site.