The cactus ferruginous pygmy owl's range has been declining since the '70s. by Nicholas Gerbis, Arizona Science Desk Tweet 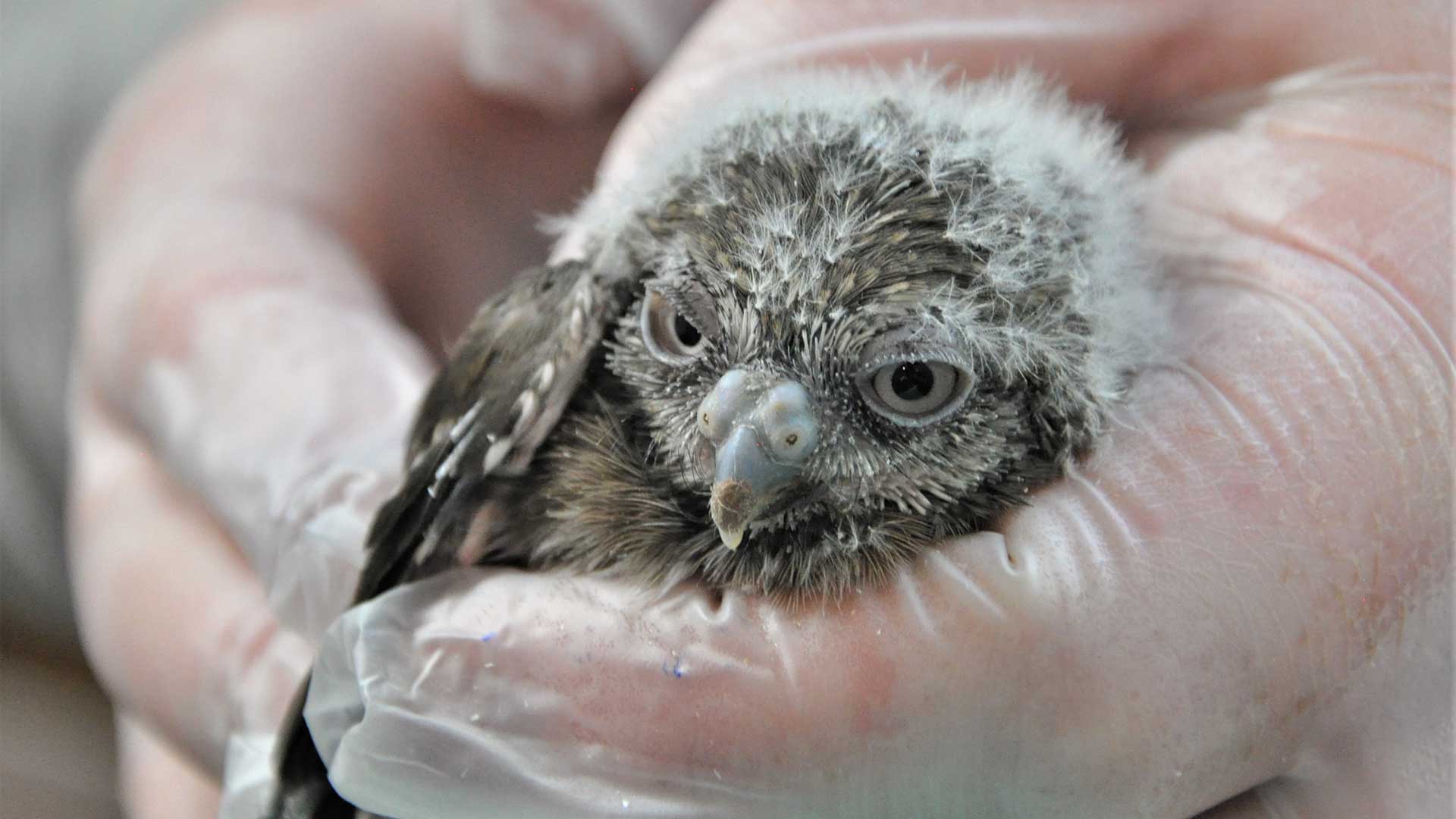 One of four cactus ferruginous pygmy owls to be born at the Phoenix Zoo, 2019.
Phoenix Zoo.

For the first time, four rare pygmy owls have been successfully hatched at the Phoenix Zoo's Arizona Center for Nature Conservation.

Tara Harris, director of conservation and science at the center, said the owls would join the three current breeding pairs in the program once they are fully fledged.

"Right now our focus is really on learning as much as we can from these birds in our care, and then also helping our agency partners with surveys of wild pygmy owls in Arizona," she said. 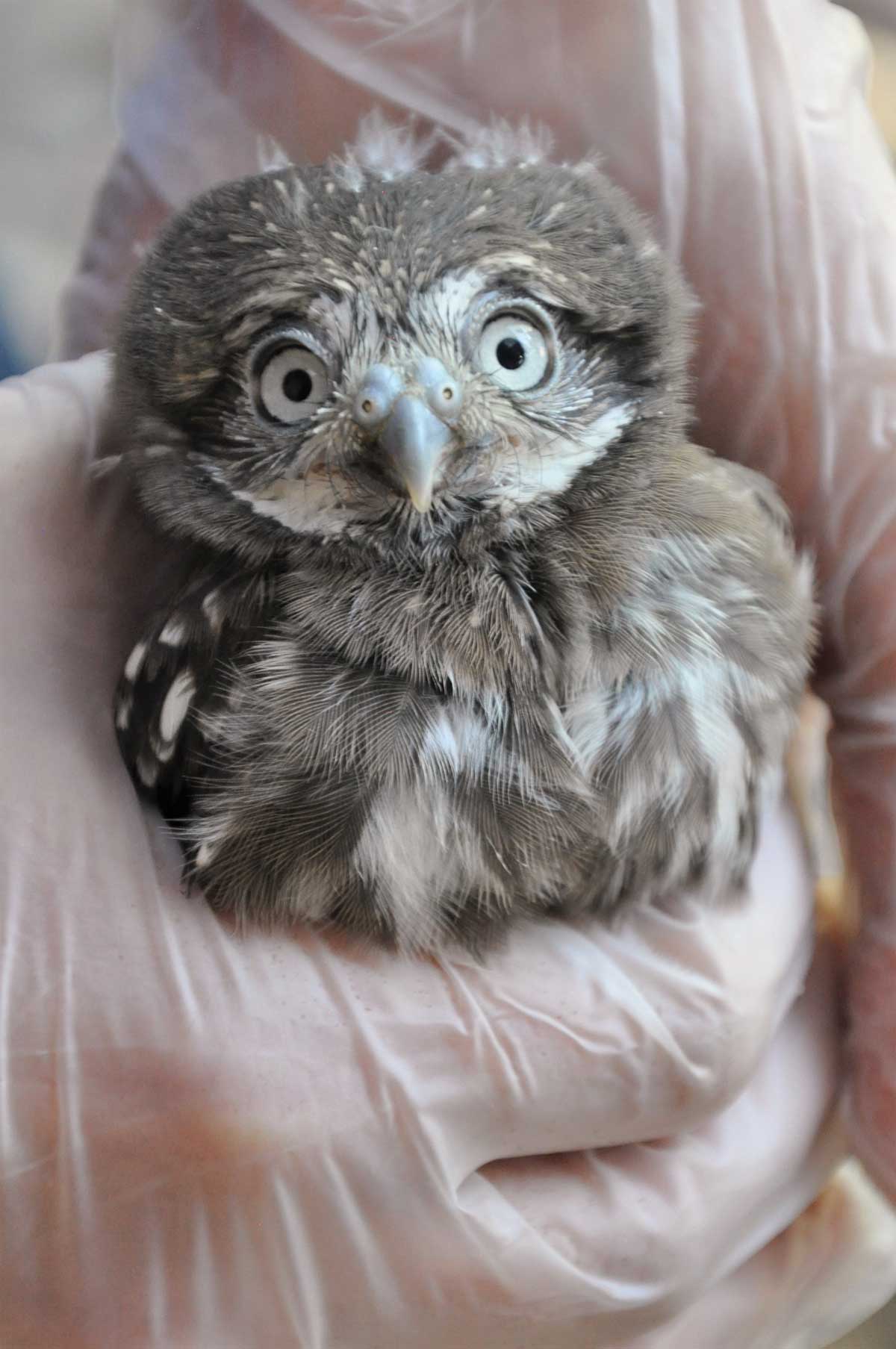 VIEW LARGER One of four cactus ferruginous pygmy owls to be born at the Phoenix Zoo, 2019.
Phoenix Zoo

As its name implies, the cactus ferruginous pygmy owl (Glaucidium brasilianum cactorum) is small — under 7 inches and 3 ounces — and reddish-brown-to-gray in color.

The nonmigratory bird lives in river-bottom woodlands and scrublands areas of the Sonoran Desert populated by palo verde and cacti.

Although the Endangered Species Act no longer lists the species as endangered, it remains a Species of Greatest Conservation Need, according to Arizona's State Wildlife Action Plan.

The cactus ferruginous pygmy owl's range has been declining since the 1970s due to habitat loss and degradation from livestock grazing.

Video of the of cactus ferruginous pygmy owls at the Phoenix Zoo.

"Chasing the Ghost Bear: On the Trail of America’s Lost Super Beast" with author Mike Stark. National forests with wildfire damage to get Infrastructure Act funds More water cuts coming to Arizona
By posting comments, you agree to our
AZPM encourages comments, but comments that contain profanity, unrelated information, threats, libel, defamatory statements, obscenities, pornography or that violate the law are not allowed. Comments that promote commercial products or services are not allowed. Comments in violation of this policy will be removed. Continued posting of comments that violate this policy will result in the commenter being banned from the site.