UA Study: Some medications from Mexico not what the doctor ordered

A team of doctoral students found that many of the drugs fell below guidelines for weight and content. by Nicholas Gerbis, Arizona Science Desk TWEET SHARE 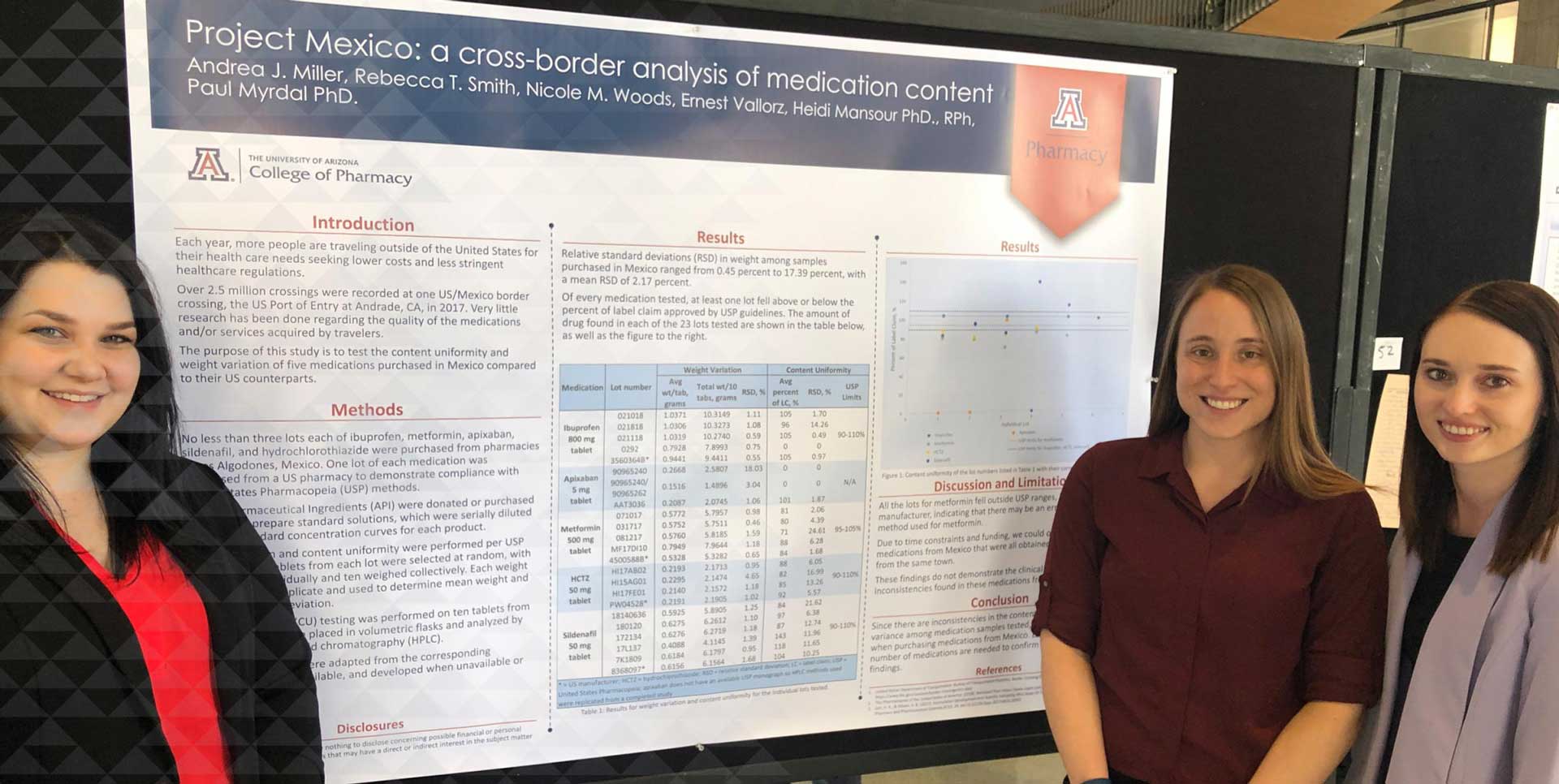 Located just across the Mexico border from Yuma, Los Algodones is a favorite spot for busloads of Americans to buy cheap medications.

A new study by University of Arizona pharmaceutical doctoral students examines whether they're getting what they bargain for.

Miller and fellow fourth-year PharmD students Nicole Woods, Rebecca Smith and Ernest Vallorz spent more than a year on the analysis, which served as their senior research project.

Based on surveys of more than 400 "medical tourists," the student selected five medications, listed below with their common brand names in parentheses:

After analyzing five lots of each drug, the team found that many, particularly the anti-diabetic drug metformin, fell below United States Pharmacopeia (USP) guidelines for uniform weight and contents.

Lead author Andrea Miller described one extreme example in which two "generic" lots of apixaban, also known by the trade name Eliquis, contained none of the purported blood thinner. Apixaban is not currently available as a generic.

"Eliquis is literally prescribed to prevent strokes and to prevent blood clots, and so it really can be a life-or-death medication for people," said Miller.

Miller also recalled one lot of ibuprofen that was actually acetaminophen (Tylenol). Acetaminophen has strict dosing limits to avoid liver damage and eventual liver failure; it is also sometimes prescribed with ibuprofen.

Limited to one day and one town, the study supports no clinically significant conclusions, only a reiteration of some ancient advice: Let the buyer beware.

UA researcher studies how exercise and stress impact the immune system UA physicist says many subatomic breakthroughs to come Antarctic study yields new information for climate change models
By posting comments, you agree to our
AZPM encourages comments, but comments that contain profanity, unrelated information, threats, libel, defamatory statements, obscenities, pornography or that violate the law are not allowed. Comments that promote commercial products or services are not allowed. Comments in violation of this policy will be removed. Continued posting of comments that violate this policy will result in the commenter being banned from the site.