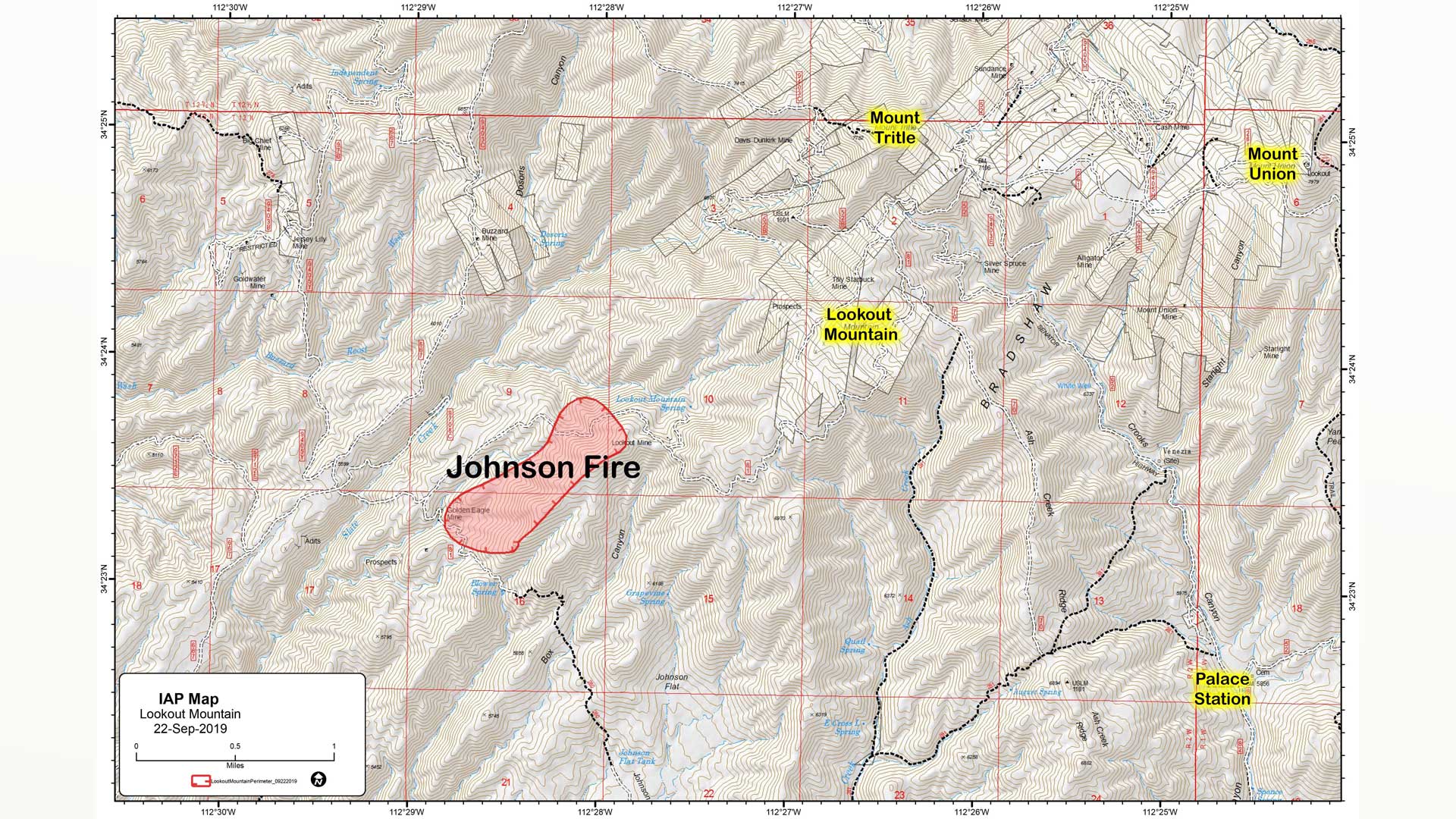 VIEW LARGER A map showing the approximate location and perimeter of the Johnson Fire near Prescott, dated Sept. 22, 2019.
Inciweb
LISTEN

Summer did not end quietly for hundreds of people who live south of Prescott. A wildfire broke out on national forest land on the last full day of the season, leading Yavapai County officials to order a mandatory evacuation.

Smoke was spotted shortly after two Sunday afternoon, near Lookout Mountain about eight miles south of Prescott. By late afternoon the Prescott National Forest said the Johnson Fire was burning in about 200 acres of brush and pinyon pine. Later the Yavapai County Sheriff's office issued a "code red" alert, ordering mandatory evacuation for about 1,000 people who live near the fire area.

The American Red Cross set up a shelter at Prescott High School, and a local nonprofit called Animal Disaster Services offered shelter space for household pets. The Yavapai County Sheriff's office posted a photo of a converted DC-10, one of the largest air tankers available, on its way to make a retardant drop on the fire, shortly before sundown.

Mount Lemmon highway reopened after wildfire Officials: Spark from equipment striking rock likely caused wildfire Wildfire burning in northern Arizona now 82% contained
By posting comments, you agree to our
AZPM encourages comments, but comments that contain profanity, unrelated information, threats, libel, defamatory statements, obscenities, pornography or that violate the law are not allowed. Comments that promote commercial products or services are not allowed. Comments in violation of this policy will be removed. Continued posting of comments that violate this policy will result in the commenter being banned from the site.