Four recent investigations have led to 10 arrests and the discovery that more than 160 people have been affected. by Associated Press TWEET SHARE 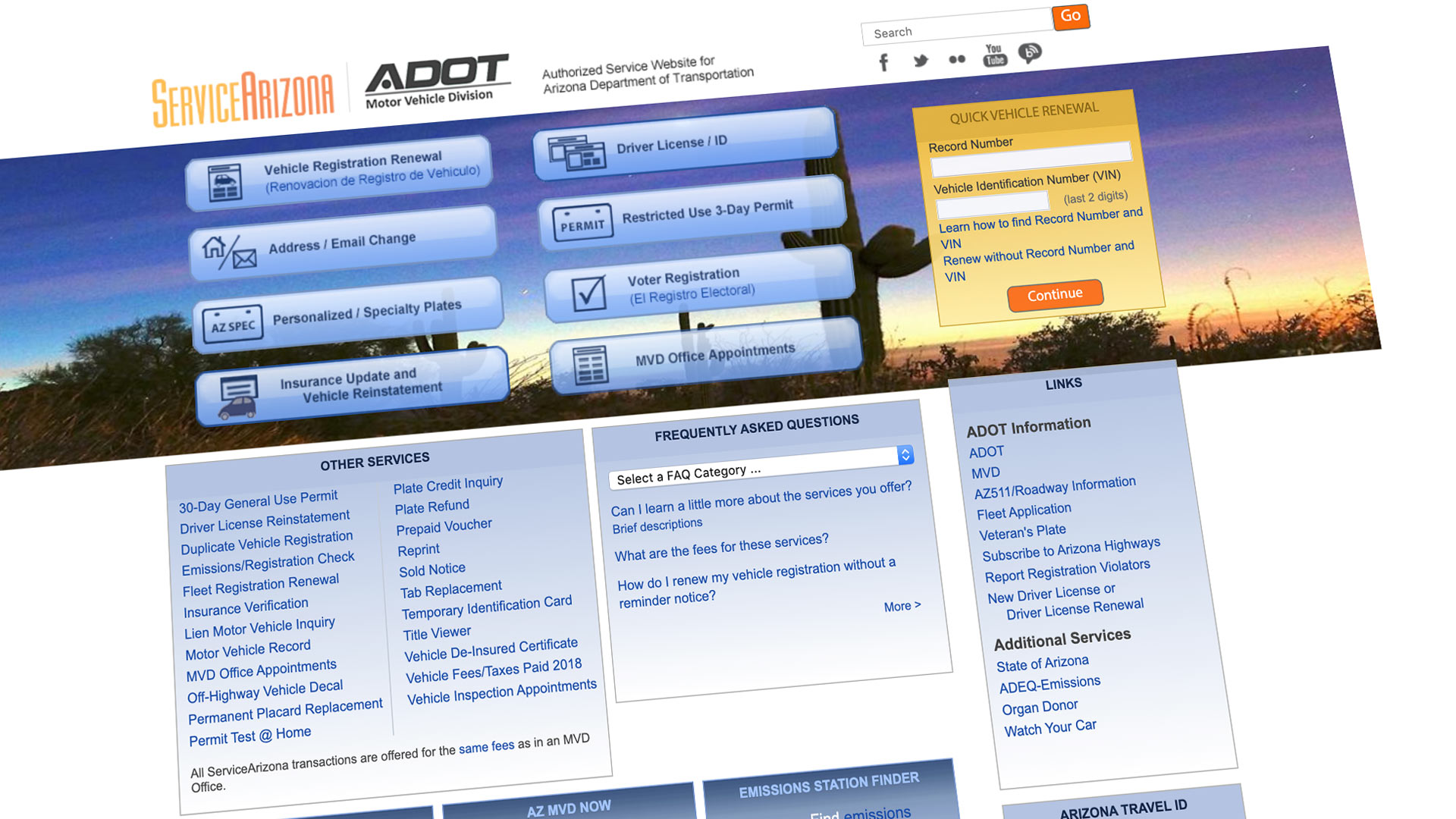 The ServiceArizona website, where Arizonans can request IDs and register to vote, among other things.
AZPM

PHOENIX — Arizona transportation officials are bolstering security around a state website in the wake of identity thieves stealing driver's licenses.

The Arizona Department of Transportation announced Thursday that it would take "aggressive" steps to stop thieves from fraudulently getting driver's licenses.

Before, license holders could go onto ServiceArizona.com and order a duplicate driver's license and have it sent to any address.

ADOT says thieves have been exploiting that option.

Four recent investigations have led to 10 arrests and the discovery that more than 160 people have been affected.

The agency has created a task force to make recommended improvements.

Now, drivers must provide their license number to carry out any transaction.

For those without a number, they will have to go through a verification process in person or via phone.

More small cell poles coming to Tucson City Council meeting canceled over video of the death of person in Tucson police custody Tucson Police will disclose in-custody deaths immediately, Magnus says
By posting comments, you agree to our
AZPM encourages comments, but comments that contain profanity, unrelated information, threats, libel, defamatory statements, obscenities, pornography or that violate the law are not allowed. Comments that promote commercial products or services are not allowed. Comments in violation of this policy will be removed. Continued posting of comments that violate this policy will result in the commenter being banned from the site.