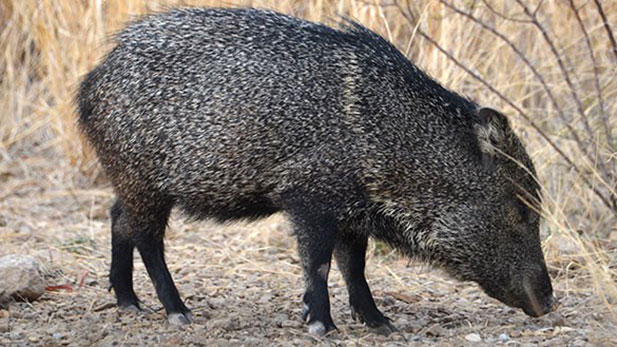 A Tucson woman could face a fine and a series of rabies shots after being bitten by a wild javelina she was feeding.

The unidentified woman was treated and released from an urgent care facility Sunday night after a female javelina accompanied by several young bit her while she was feeding it, in an area northeast of Speedway and North Painted Hills Drive on Tucson's west side. Arizona Game and Fish spokesman Mark Hart says the woman "habitually" fed the animals.

"She felt like she was doing something good for wildlife, but she was not, in our view," Hart said.

Hart says feeding wildlife is bad for people, who can be attacked, and bad for the animals, which lose their natural behavior and become easy prey. That's why it's illegal in Pima, Pinal and Maricopa counties.

"Anytime we get into the wildland-urban interface as we do here in the Tucson area, and in metro Phoenix, we have issues with javelina, coyote and bobcat routinely," Hart said.

Hart says the department is still investigating and hasn't decided whether to cite the woman. She could face a $300 fine under state law. Rabies shots have been recommended, though Hart says it's likely the animal was just protecting its young and doesn't have rabies.

Rescuing Wildlife Game and Fish: Fox-Bite Victim May Need Medical Attention Federal court rules president's use of military funds for border wall is illegal
By posting comments, you agree to our
AZPM encourages comments, but comments that contain profanity, unrelated information, threats, libel, defamatory statements, obscenities, pornography or that violate the law are not allowed. Comments that promote commercial products or services are not allowed. Comments in violation of this policy will be removed. Continued posting of comments that violate this policy will result in the commenter being banned from the site.