Officials said the last known mention of such a site was a 1937 record. by Associated Press Tweet 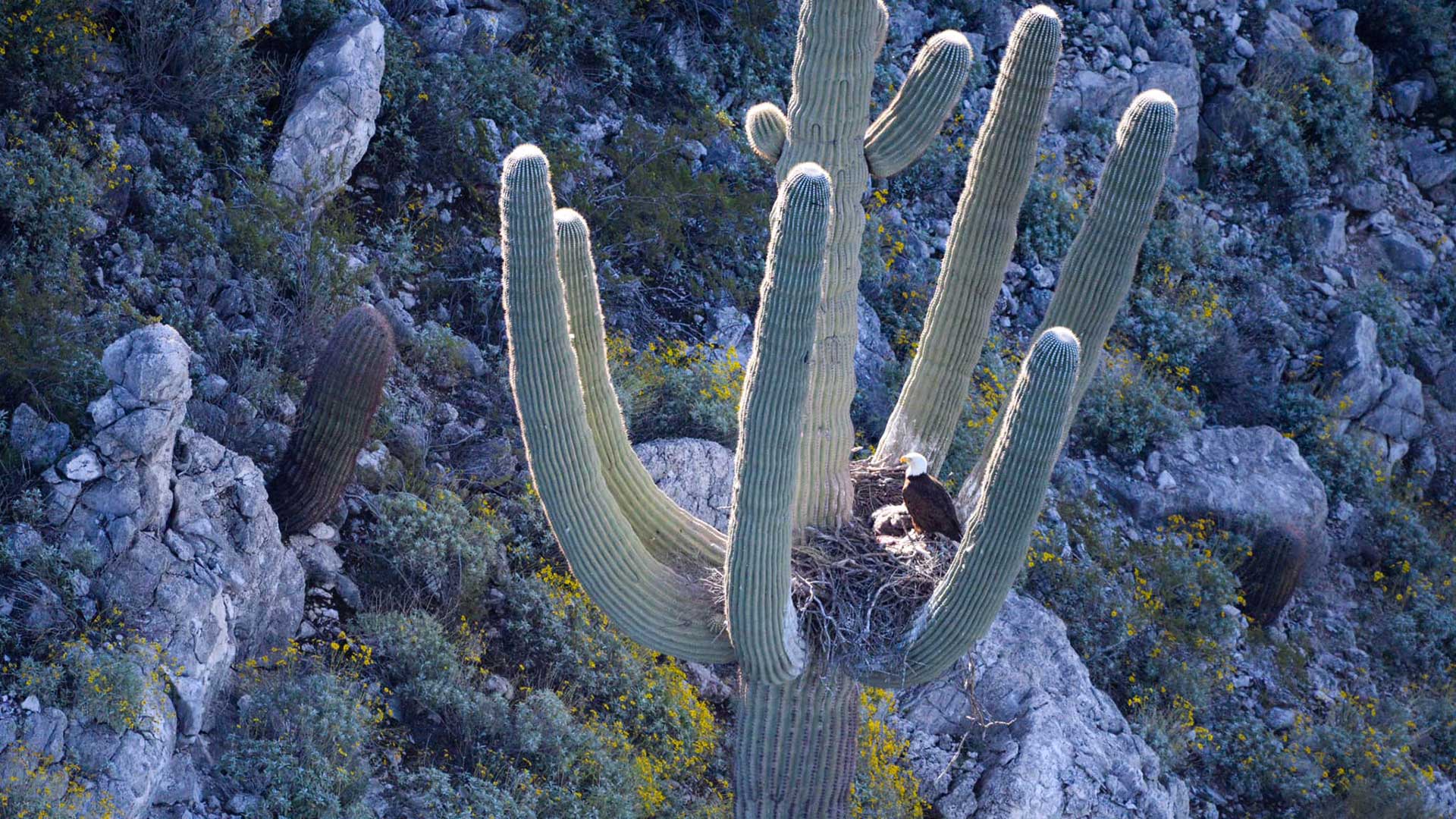 PHOENIX (AP) — For the first time in decades, bald eagles have been found nesting in an Arizona saguaro cactus.

The Arizona Game and Fish Department revealed Wednesday that biologists discovered a pair of eagles and their eaglets in the arms of a large saguaro during a recent eagle survey. The agency’s coordinator of raptor management says the eagles are on a cactus near a central Arizona reservoir.

He called the find “amazing.” Wildlife biologists have looked for decades for a sighting of bald eagles nesting in Arizona saguaro cacti. According to officials, the last known mention of such a site was a 1937 record.

How Arizona is this! Our eagle survey team captured this image of a bald eagle family nesting in the arms of a saguaro - a rare sight! In fact, it's the first time an image of eagles nesting in a saguaro has been captured in Arizona. pic.twitter.com/OmXRGi9mVE

Arizona won't stop using COVID money for anti-mask grants Arizona reports 5,070 new COVID-19 cases, another 78 deaths Arizona's anti-mask school voucher plan faces tough start
By posting comments, you agree to our
AZPM encourages comments, but comments that contain profanity, unrelated information, threats, libel, defamatory statements, obscenities, pornography or that violate the law are not allowed. Comments that promote commercial products or services are not allowed. Comments in violation of this policy will be removed. Continued posting of comments that violate this policy will result in the commenter being banned from the site.