Ducey joined other governors in a Monday conference call to discuss the response to protests that have spread across the country. by Steve Jess TWEET SHARE 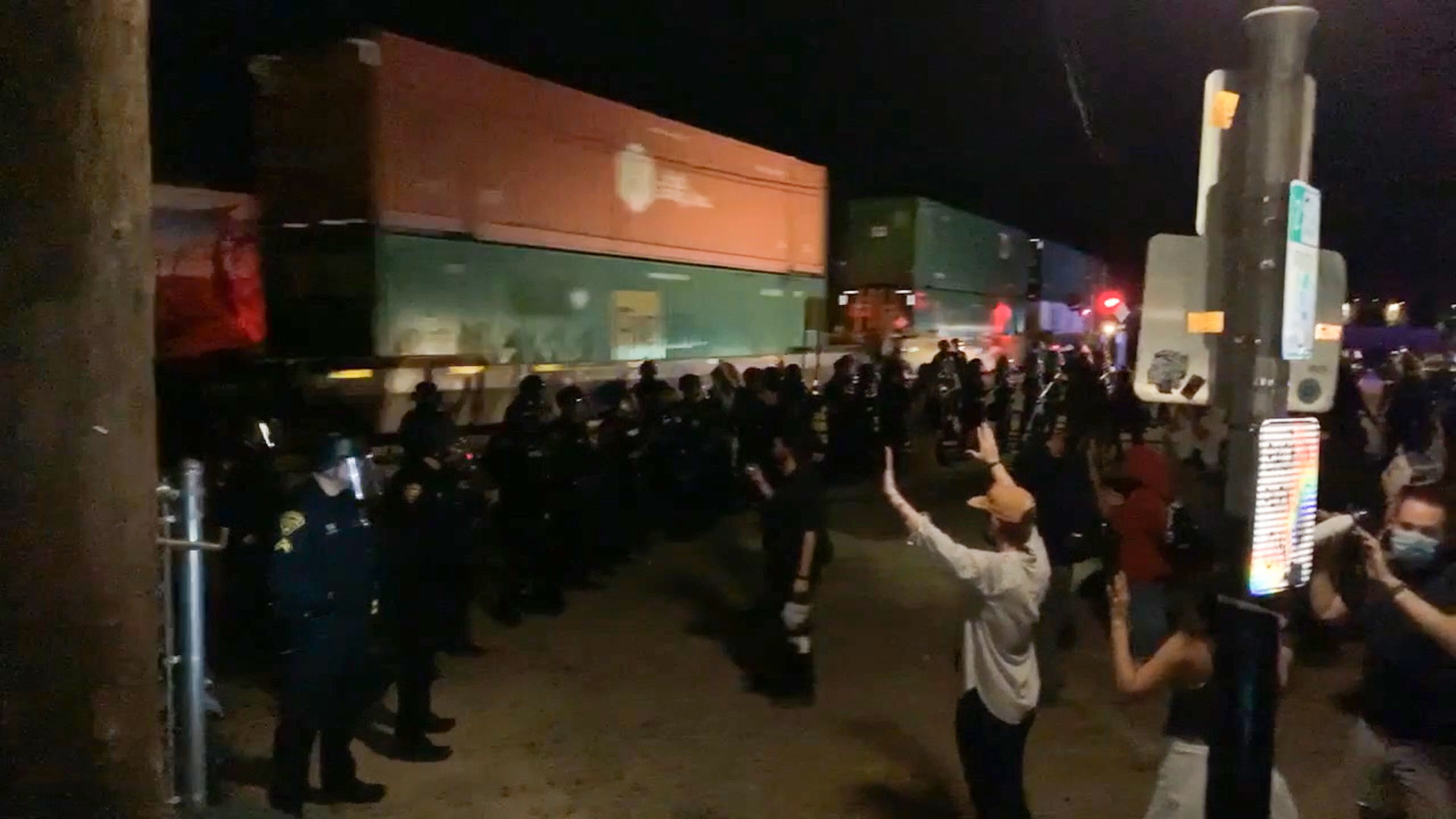 As a train passes, marching demonstrators raise their hands after being stopped by police near downtown Tucson Saturday night in this still image from a video, as protests over the death of George Floyd spread across the country.
Ahmaad Lomax/AZPM

In the Monday morning conference call (Ducey speaks at 33:40) with governors around the country obtained by the Washington Post, the president berated governors who didn't deploy troops after some demonstrations turned into riots and looting.

"You're making a mistake because you're making yourself ... look like fools," Trump said.

In contrast to the testy exchanges the president had with some governors, Trump said, "Good job, Doug," when the governor explained how he called out the guard and established a curfew on Sunday.

The governor declared the curfew after looters struck high-end businesses around Phoenix. Officials in some of the state's smaller communities, such as Holbrook and Winslow, said they've had no disturbances and will not enforce it.

Governor imposes weeklong curfew after protests; Tucson officials say they weren't notified Arizona under statewide curfew Local law enforcement condemn police actions in death of George Floyd
By posting comments, you agree to our
AZPM encourages comments, but comments that contain profanity, unrelated information, threats, libel, defamatory statements, obscenities, pornography or that violate the law are not allowed. Comments that promote commercial products or services are not allowed. Comments in violation of this policy will be removed. Continued posting of comments that violate this policy will result in the commenter being banned from the site.