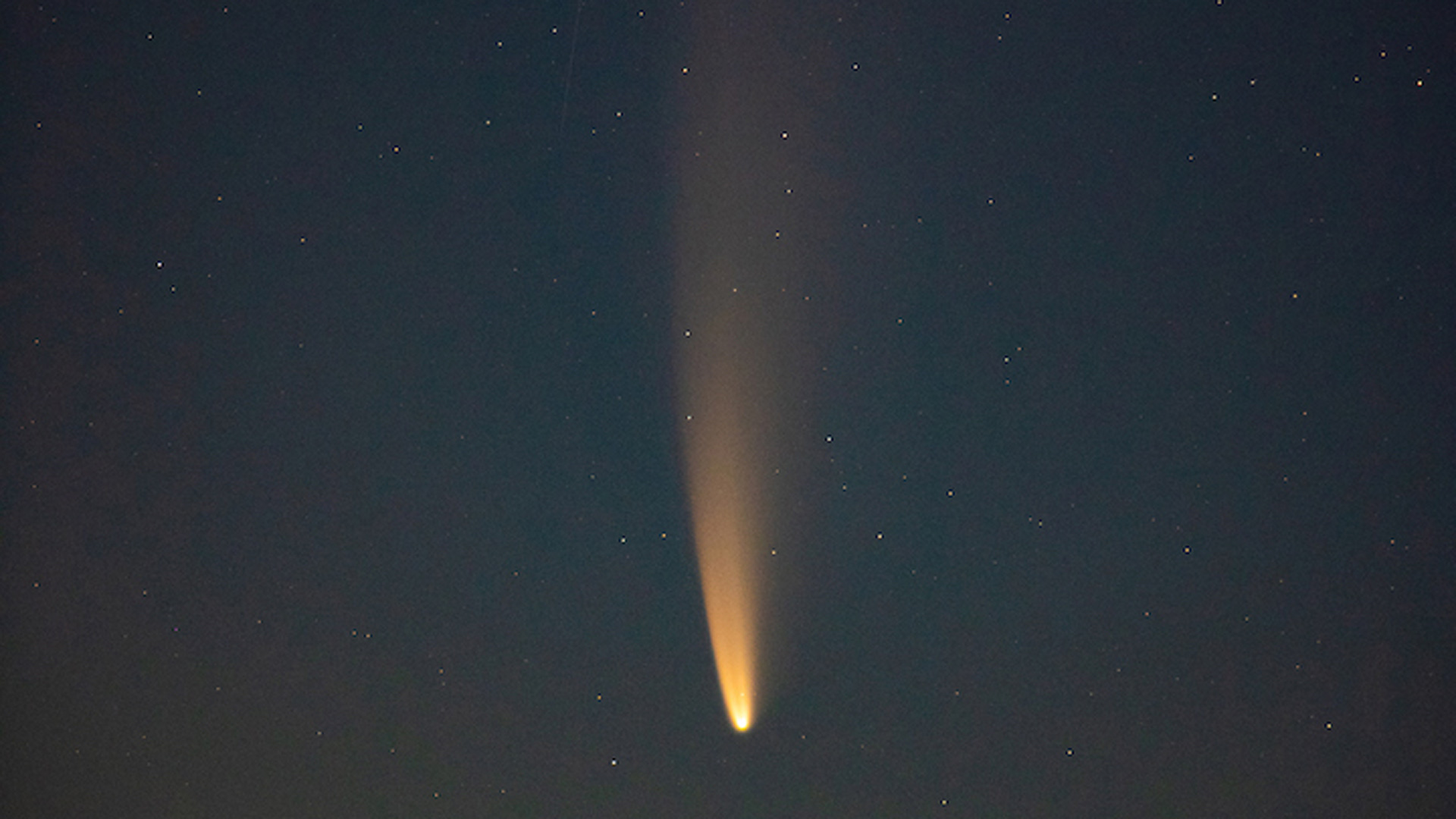 Tucson skywatchers are getting an unexpected treat this month with the surprise appearance of a comet passing by Earth.

The comet is called Neowise - named after the spacecraft that discovered it. University of Arizona astronomer Vishnu Reddy notes the comet should be visible to the naked eye for the next several days.

"If you go out in the evening, look northwest about an hour after sunset, if you have a clear view of the horizon and if there is no monsoon you should see a fuzzy object with a little tail." said Reddy.

This comet is about 5 kilometers across - about the size of downtown Tucson and because of that it's been able to survive the sun," she said. "Even though it's gotten really cold, it's putting on a beautiful show."

Astronomers expected Neowise to lose mass as it came closer to the sun, but instead it became one of the brightest comets to pass Earth in decades. The comet is on a path toward the outer reaches of the solar system, and it won't return to Earth's neighborhood for another 6,800 years.

NOVA The Planets: Ice Worlds Scientists observe shifting dunes on Mars Episode 160: Quick-Orbiting Comets are Drawing Attention
By posting comments, you agree to our
AZPM encourages comments, but comments that contain profanity, unrelated information, threats, libel, defamatory statements, obscenities, pornography or that violate the law are not allowed. Comments that promote commercial products or services are not allowed. Comments in violation of this policy will be removed. Continued posting of comments that violate this policy will result in the commenter being banned from the site.