In Colorado, your stool is a tool in the fight against coronavirus

To track the next coronavirus outbreak, Western states look to the sewers. by Luke Runyon, KUNC TWEET SHARE 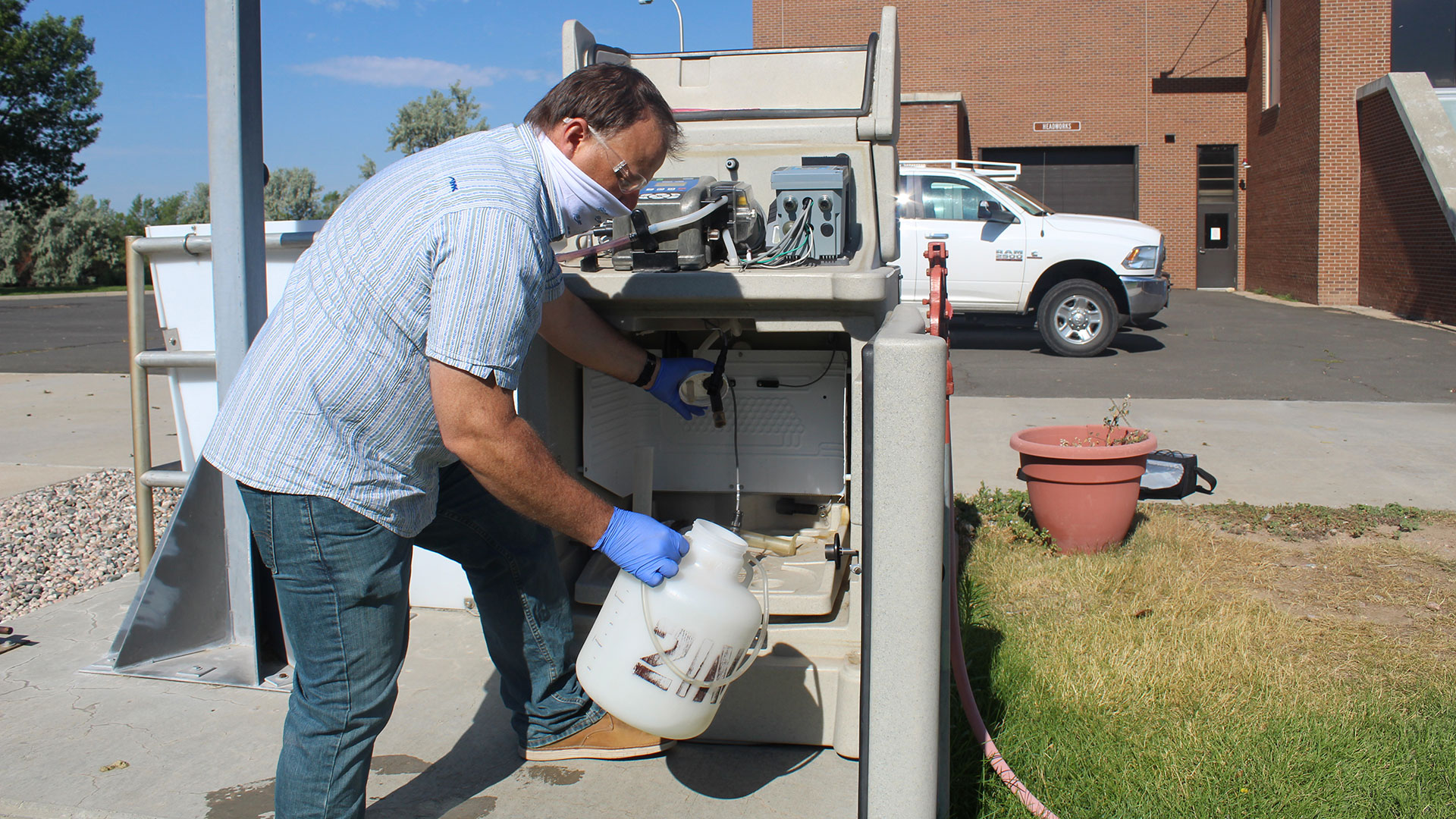 Jason Graham, director of wastewater plant operations with the city of Fort Collins, pulls a plastic jug from a sampling machine at the Drake Water Reclamation facility.
Luke Runyon/KUNC

Tracking the coronavirus pandemic could soon be a bit easier because of one simple fact: Everyone poops.

Around the world, wastewater plants have become unlikely sentinels in the fight against the virus, allowing scientists to track the disease’s spread at the community level. The practice of testing sewage samples is spreading across Western U.S. states as well, with programs currently running in Utah, Nevada, Arizona and California.

Seeing success in large-scale wastewater testing, Colorado public health officials are finalizing the details of a program that will cover upwards of 65% of the state’s population and include more than a dozen utilities, two research universities and private biotech companies.

At the Fort Collins, Colorado, Drake Water Reclamation facility, the testing process begins where the sewer ends. On a warm, sunny morning the site’s manager, Jason Graham, opened the door to a plastic cabinet the size of a trash can that sits in the middle of the facility’s grassy campus.

The air is ripe but not overwhelming, which is surprising because the cabinet sits directly above a canal where the waste from more than 100,000 people rushes underfoot. The site is the city’s biggest wastewater plant, able to treat up to 23 million gallons a day, though it manages to run well below that capacity.

“You can detect a lot of stuff in wastewater if you look, and a lot of times people don't look. But if you look, there's a lot there,” Graham said.

Inside the little cabinet is a 5-gallon plastic jug attached to a pump that pulls from the waste stream. The jug slowly fills up throughout the day with raw sewage, creating a 24-hour composite sample of what is flushed down toilets throughout the city.

A portion of that sample will then be taken to Colorado State University, concentrated and run through a machine that tells scientists how many viral particles it holds. Testing new samples a couple times a week should give scientists a sense of whether the disease is spreading or on the retreat.

People infected with the virus shed it in their stool, often days before they start feeling sick, studies show. That is, if they develop symptoms at all.

“You also pick up asymptomatic folks that are at home, don't even know they have it, but they're shedding it in their stool,” Graham said.

Graham is one of the original partners in a statewide wastewater monitoring program that includes the Colorado Department of Public Health and Environment, Colorado State and Metro State Universities, and wastewater utilities in Fort Collins, Denver, Aurora, Colorado Springs and Estes Park, among others.

“We can get an idea of the level of infection within a community without having to swab everyone in the community,” said Rose Nash, a researcher at GT Molecular, a Fort Collins-based biotech company working with Colorado officials to ramp up wastewater testing.

This kind of testing is most promising as an early warning system, Nash said. If high levels of virus are showing up in wastewater, “then hospitals can prepare for that change in their ICU capacity.”

Wastewater epidemiology is a well-established field of study, but there are limits. Because the coronavirus pandemic is so new, there isn’t robust science on exactly how closely the level of virus in wastewater translates to the virus’s prevalence in the community. 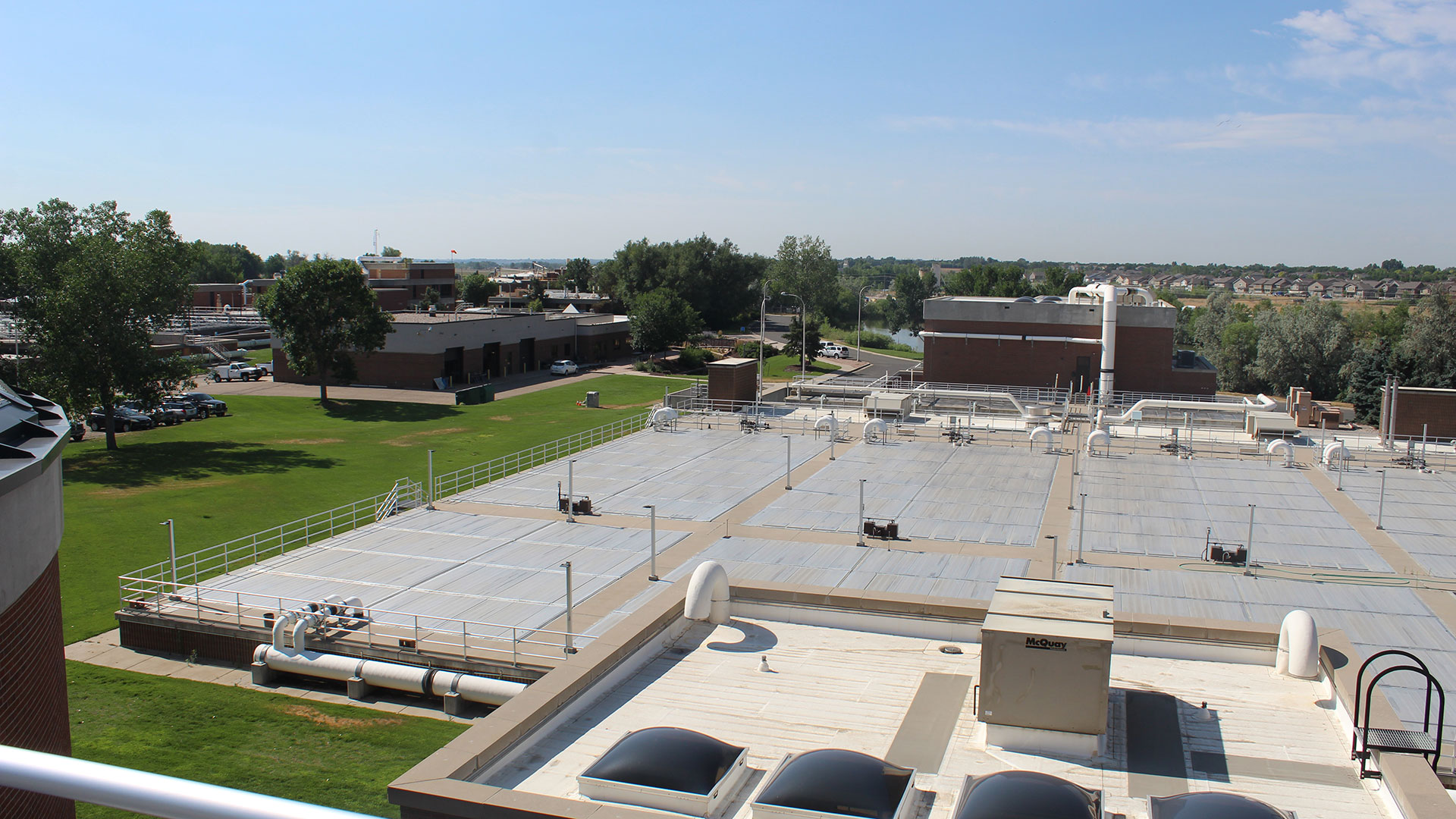 Susan DeLong, a civil engineering professor at Colorado State University involved in the testing program, said public health officials will need to use this kind of data alongside tests gathered the old-fashioned way, by sticking a swab up someone’s nose.

“The best interpretation is going to come from trends because to date, we don't have an absolute correlation between the concentration in wastewater and the number of people that are sick,” DeLong said.

Meaning at least for now, this testing will be almost like taking a whole city’s temperature at once, from week to week — is it going up or down? Is it getting better or worse?

“So we will be able to look at this data and say, ‘OK, I feel good that my kids are gonna go to school today. Or you know what? There's a reason that we'll need to stay home again.’ So there is a sense of power with knowledge,” DeLong said.

As the testing program evolves, DeLong said it’s possible to detect more contained outbreaks. Like officials could move the sampling machine upstream of a wastewater plant, and fill that little plastic jug from the sewage coming from a single hospital, a college dormitory, or a neighborhood.

But community-wide testing holds tremendous value in tracking when, where and how the disease has spread. Carol Wilusz, a Colorado State University microbiology professor, said wastewater has been key in demonstrating that the virus was infecting people in early hot spots, like China, Italy and Spain, much earlier than the first cases showed up at hospitals.

“The virus has been circulating a long time before we knew about it,” Wilusz said, “and the evidence is all in the wastewater.”

Because the Colorado program is still in the initial phases, it’s unclear how the collected data will be used. Officials in Utah and in Tempe, Arizona, have set up public dashboards where wastewater testing data is uploaded regularly. How it will inform decision-making at the state and local level is an open question.

“Anything we can do to get a kind of early warning and a leg up on the problem is incredibly valuable from a public health perspective,” said John Putnam, a director at the Colorado Department of Public Health and Environment. “Especially given that the investment is relatively limited compared to individually testing tens of thousands or hundreds of thousands of people.”

CDPHE is finishing a contract with Colorado State University to fund the testing, currently at half a million dollars. Other in-kind contributions and purchases of testing equipment total about $150,000.

But like with all things COVID-19, Putnam says his department won’t be jumping to conclusions in the first few rounds of wastewater testing. This is a new program, detecting a new disease, with a whole new set of partners.

“This is a new virus. We're barely over six months in,” Putnam said. “We'll know more in six months than we do now.”

Once Colorado’s program is officially up and running, tests for all the participating wastewater utilities will take place twice a week over the next year.

This story is part of a project covering water in the Western U.S., produced by KUNC and supported through a Walton Family Foundation grant. KUNC is solely responsible for its editorial content.

COVID-19 rules are difficult to enforce State officials discourage holiday gatherings for people in assisted living facilities Pima County top health official warns of 'sobering weeks ahead' with pandemic
By posting comments, you agree to our
AZPM encourages comments, but comments that contain profanity, unrelated information, threats, libel, defamatory statements, obscenities, pornography or that violate the law are not allowed. Comments that promote commercial products or services are not allowed. Comments in violation of this policy will be removed. Continued posting of comments that violate this policy will result in the commenter being banned from the site.