Film reviewer Chris Dashiell discusses the aesthetic differences between the two, while pointing out that Tucson film fans have a choice of both. by Mark McLemore TWEET SHARE 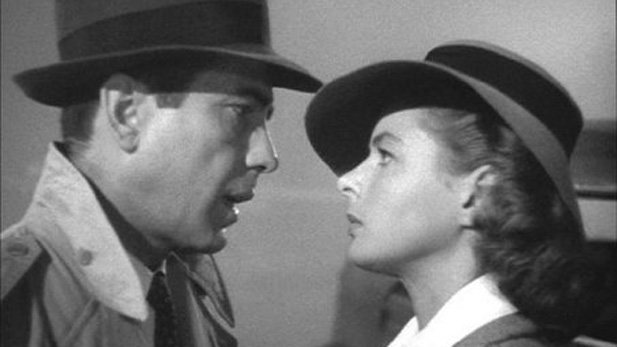 Humphrey Bogart and Ingrid Bergman in the unforgettable climax to "Casablanca"

The Huffington Post recently gathered together several comments from some of Hollywood's most well-known faces - including George Clooney, Daniel Craig, and Megan Fox - about how they are tired of the film industry's obsession with multi-million dollar special effects epics that are so often short on character and plot.

Those comments will find resonance with many film fans, and yet the major studios still seem content to produce flash over substance. Film reviewer Chris Dashiell joins Arizona Spotlight to talk about what he sees as the difference between "movies" and "cinema"...

Chris Dashiell has been writing about movies for seventeen years, serving as the editor of the online film lovers' guide Cinescene for ten of them. He currently reviews films for Flicks, a weekly program on Tucson's community radio station KXCI. Chris confesses to shamelessly idolizing Carl Dreyer, Jean Renoir, and Luchino Visconti.

Mexican Director's 'The Thin Yellow Line' Debuts in Tucson "Double Digits: The Story of a Neighborhood Movie Star" The Movie Studio System, Part II
By posting comments, you agree to our
AZPM encourages comments, but comments that contain profanity, unrelated information, threats, libel, defamatory statements, obscenities, pornography or that violate the law are not allowed. Comments that promote commercial products or services are not allowed. Comments in violation of this policy will be removed. Continued posting of comments that violate this policy will result in the commenter being banned from the site.