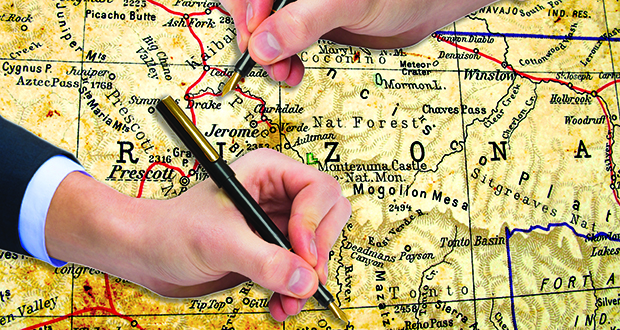 Arizona’s latest redistricting commission will meet Thursday for the first time to be sworn in and interview five independents nominated to serve as the panel’s chair and potential tie-breaking vote.

The Independent Redistricting Commission is formed each decade under a 2000 voter-approved ballot measure that took drawing of new congressional and legislative districts after each U.S. Census out of the hands of the Legislature.

Among the new commission’s organizational tasks will be hiring a legal team and an executive director.

House Republicans’ priorities for 2021 Arizona legislative session Navajo Nation reports 98% of available COVID-19 vaccine doses administered Sinema, Kelly vote to convict Trump in impeachment trial
By posting comments, you agree to our
AZPM encourages comments, but comments that contain profanity, unrelated information, threats, libel, defamatory statements, obscenities, pornography or that violate the law are not allowed. Comments that promote commercial products or services are not allowed. Comments in violation of this policy will be removed. Continued posting of comments that violate this policy will result in the commenter being banned from the site.