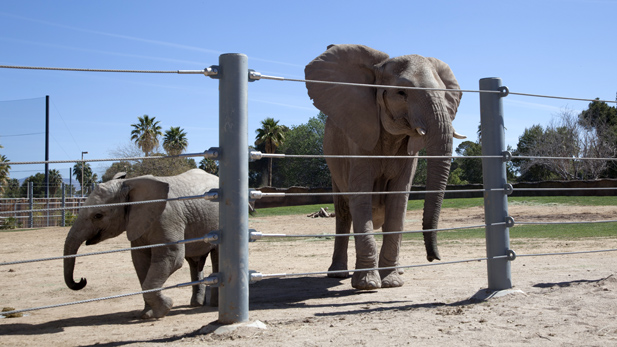 By Kelly Hultgren and Fernanda Echavarri

Reid Park Zoo’s “Exhibition Tanzania” is open to the public, and for the first time, Tucson zoo visitors will see an entire family of elephants interact with each other.

Zoo keepers say the family, which came from the San Diego Zoo’s Safari Park in early March, has adapted to the new environment in a short time. 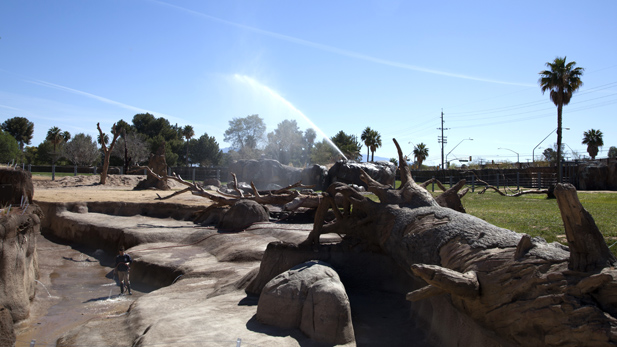 A zoo staff member cleans the 98,000 gallon pool before the opening of "Exhibition Tanzania" at Reid Park Zoo.
Fernanda Echavarri

“When they first arrived they were very hesitant to move throughout the exhibit," Reid Park Zoo Area Supervisor Sue Tygielski says. "They were hesitant to play but now we’re watching them when we shift them from one side of the exhibit to the other they go running and exploring seeing if there are any treats seat out for them." 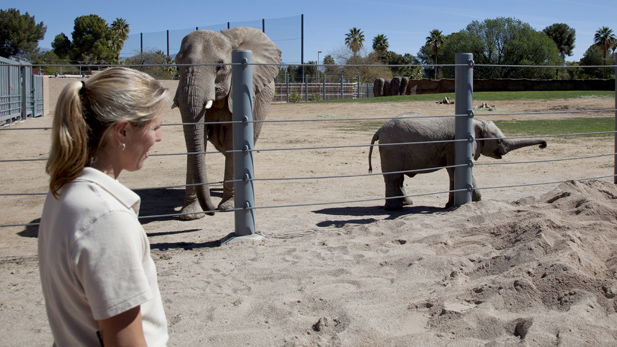 Reid Park Zoo Area Supervisor Sue Tygielski walks on the main part of the exhibit while Sundzu and his mother Samba walk around the training area.
Fernanda Echavarri

The new exhibit is three times the size of the old elephant exhibit at the Tucson zoo. It features a 98,000-gallon pool, a splash stream, interactive educational areas and a training wall which will allow visitors to watch closely as trainers examine the elephants.

A half-dozen cameras will be installed throughout the exhibit in the near future to monitor the elephants’ activity, zoo officials say. That video may also be streamed online for the public. 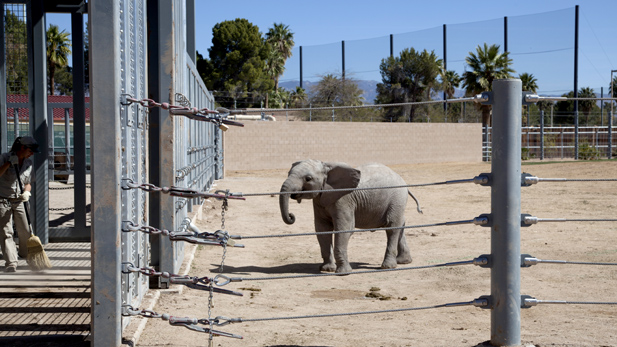 One-year-old Sundzu interacts with a zoo keeper in the training area of the main exhibit at Reid Park Zoo. The elephants were not out in the main open area of the exhibit during our visit.
Kelly Hultgren

Read more about construction at the exhibit

U.S. District Court releases TUSD from judicial oversight Pima County tourism saw strong rebound in 2021 Convictions won’t be tossed in deadly 1970 Tucson hotel fire
By posting comments, you agree to our
AZPM encourages comments, but comments that contain profanity, unrelated information, threats, libel, defamatory statements, obscenities, pornography or that violate the law are not allowed. Comments that promote commercial products or services are not allowed. Comments in violation of this policy will be removed. Continued posting of comments that violate this policy will result in the commenter being banned from the site.