The legislation aims to fill the gap left by the rollback of federal protections, but not everyone is pleased with the current proposal. by Ariana Brocious Tweet 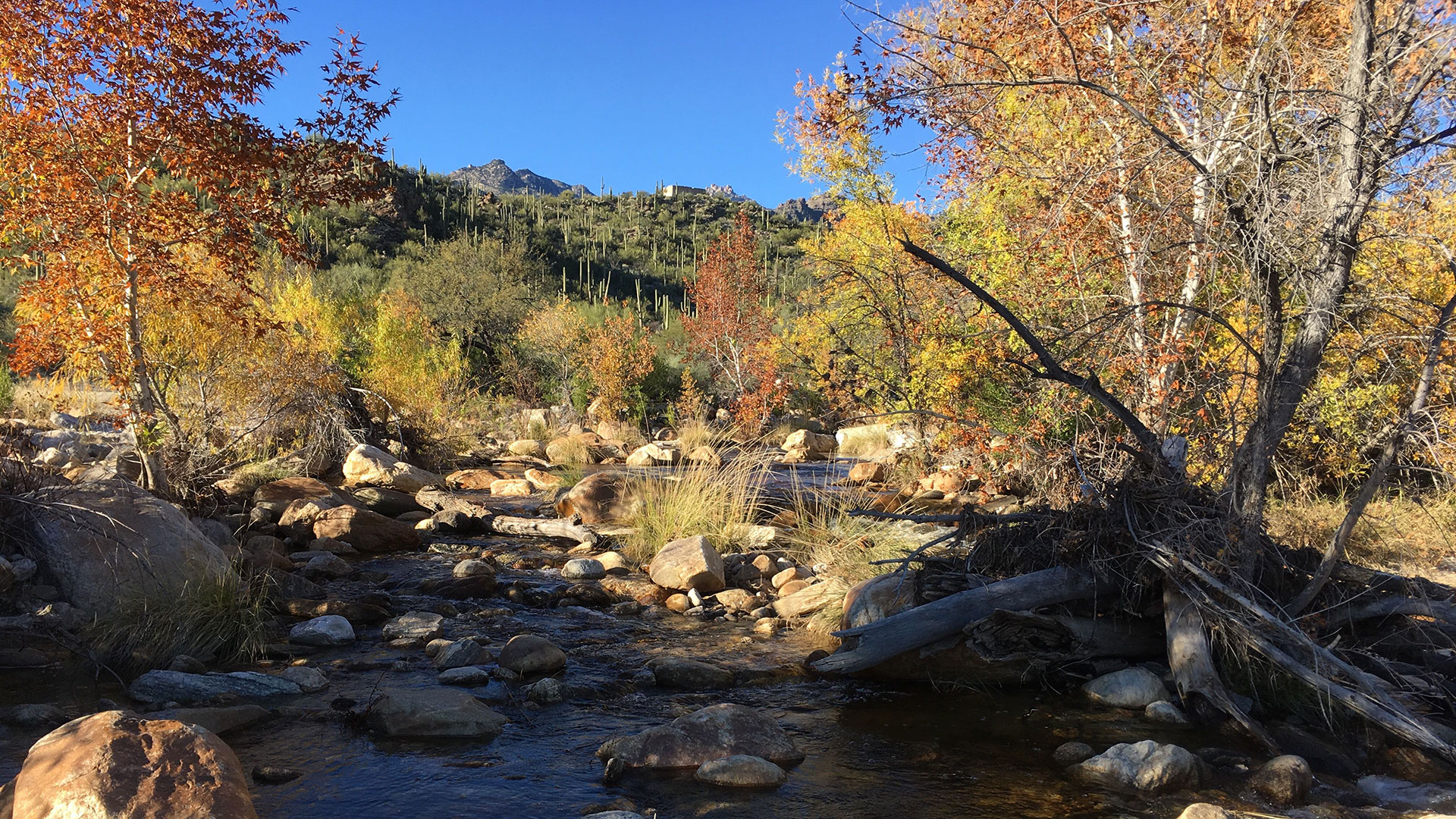 Looking upstream Sabino Creek on one of the bridges at the popular recreation site in Tucson in early winter.
Ariana Brocious/AZPM

Since June 2020, a large proportion of Arizona's rivers, lakes and streams have not been protected by the Clean Water Act. That's due to a change to the federal rule the Trump administration made in 2019. The state relied on the landmark law to keep its arid streams free of pollution. But after the federal protections were limited, Arizona decided to come up with its own set of surface water quality standards.

For the last two years, the Arizona Department of Environmental Quality has been working to craft the new rules with public input. The result of that work is House Bill 2691, currently moving through the state Legislature. Trevor Baggiore, director of the agency’s water quality division, says the bill helps fill the regulatory gap.

"This legislation provides immediate protection for Arizona's wet waters. These are waters that we drink, waters that we fish in and waters where we recreate," said Baggiore.

The new program would create a list of protected surface waters, which would include the state's eight major rivers and their tributaries as well as many others determined by ADEQ and stakeholders. A draft list and map are already online. That list could be modified in the years to come through ADEQ's rulemaking process.

But a group of 16 environmental groups say the current proposal is lacking. They say one gaping hole is that ephemeral waters—those that only flow after rain or snow—will not be protected. Kris Randall, president of the Arizona Riparian Council, said that ignores Arizona's specific climate and environmental realities.

"We have areas that only flow when there's a precipitation event. That is the way it is in our desert ecosystems and it's not taking in the science of how our hydrology in Arizona works," Randall said.

Randall and others said the protections are too narrow in the current proposal and don't address the consequences of leaving ephemeral waters unprotected from pollutants. That’s the same criticism lobbed at the Trump administration for its rollback of the Clean Water Act.

"When [water] does flow, it's flowing downhill. So it would be impacting those rivers that are continuously flowing, from discharges from ephemeral or intermittent streams," Randall said. "It's concerning. If you're not dealing with it, at what point do you deal with it? When it becomes a problem? That's a little too late."

Randall, who spent 11 years working in ADEQ's water quality division, said if the bill passes in its current form, it's unlikely the agency would have incentive to expand protections in the future.

"There's no motivation for them at that point," she said. Environmental critics also point out that the bill fails to consider the impacts of climate change, and say a permitting program, rather than a best management practices approach, should be taken for dredge and fill operations on state protected waters.

Baggiore with ADEQ said the state sought to create an Arizona-specific set of regulations to protect so-called "wet waters" immediately. He said they gathered input from a wide range of stakeholders in creating the regulations.

The Arizona Farm Bureau Federation, along with the mining industry and developers, is in favor of the bill. In 2015, the Obama administration expanded the definition of waters protected under the Clean Water Act. Arizona Farm Bureau Federation President Stefanie Smallhouse said that made farmers and ranchers nervous about being accused of polluting streams and rivers.

Smallhouse said the Arizona Farm Bureau supports the changes made by the Trump administration, which dramatically reduced the waters that fall under federal protection, because it provided more clarity and put the onus for protection on states. They support the state's proposed regulations, which she said has clear exemptions for agriculture.

Still, others say this legislation isn't ready to become law yet. Just before the bill passed in the Arizona House on a narrow vote Wednesday, Democratic Rep. Aaron Lieberman of Paradise Valley urged his colleagues to vote against it.

"I just want to share that the city of Phoenix, which provides water to an enormous number of Arizonans, is opposed to this bill as currently constructed. There's a lot of challenges, a lot of concerns with this, and I think we need to go on a lot slower pace with this," Lieberman said.

Several lawsuits have been filed against the Trump rule change, which leaves the question about what will happen to the state regulations if the courts or the Biden administration overturn Trump's changes. Trevor Baggiore said his agency is watching those closely but said changes aren't likely to happen quickly.

"So this program is still ultimately required to make sure there's a baseline in Arizona so we understand what waters in Arizona are regulated and which ones are not," Baggiore said.

He said if federal law expands protections again, those would still take precedent over state rules.

The bill now goes to the Arizona Senate.

News roundup: Local officials discuss fed stimulus, nearby states prepare for Colorado River negotiations For this summer's water forecast, climate experts are looking back to winter Arizona lawmakers at loggerheads over budget
By posting comments, you agree to our
AZPM encourages comments, but comments that contain profanity, unrelated information, threats, libel, defamatory statements, obscenities, pornography or that violate the law are not allowed. Comments that promote commercial products or services are not allowed. Comments in violation of this policy will be removed. Continued posting of comments that violate this policy will result in the commenter being banned from the site.