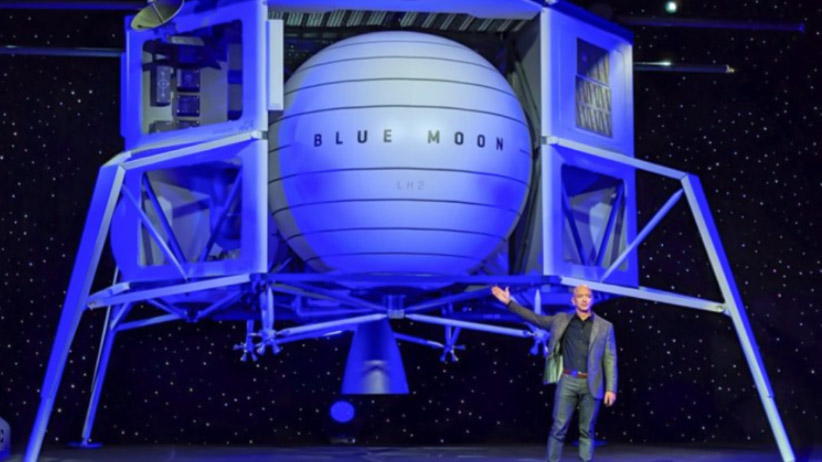 Amazon founder and executive chairman Jeff Bezos and three others traveled from West Texas to the edge of space in Bezos' own private spacecraft Tuesday.

"What the development of commercial launch services does is reduce the cost of getting to space and performing research," he said.

Bailey says unmanned commercial trips could make regular cargo runs to the moon and land a new generation of exploratory rovers on the lunar surface.

"Those are big rovers, the size of a small compact car brought to the surface of the moon in one go."

Unmanned moon landers could also support mining operations and a future lunar base.

New Apollo era film looks back on moon mission photoraphy Tucsonan anticipating Richard Branson's rocket launch Sunday James Webb Telescope scientists dive into interstellar study
By posting comments, you agree to our
AZPM encourages comments, but comments that contain profanity, unrelated information, threats, libel, defamatory statements, obscenities, pornography or that violate the law are not allowed. Comments that promote commercial products or services are not allowed. Comments in violation of this policy will be removed. Continued posting of comments that violate this policy will result in the commenter being banned from the site.