They could be in line for upcoming missions to the ISS and maybe the moon. by Tony Perkins Tweet 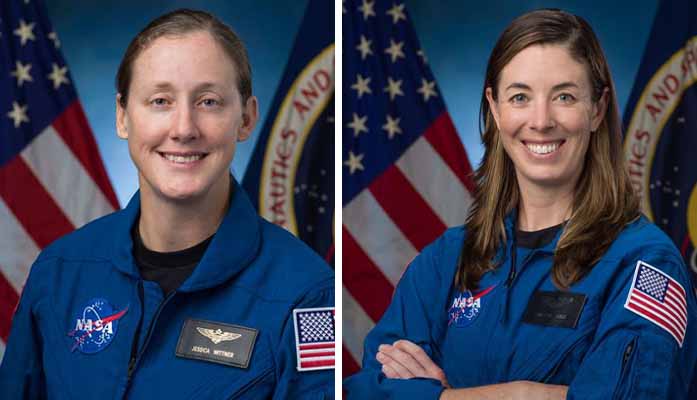 Two members of the latest batch of NASA astronaut trainees have University of Arizona ties. They could ultimately fly as part of the agency's plan to return humans to the moon.

Christina Birch graduated from the UA in 2008 before earning a doctorate in biological engineering from MIT. She's also a track cyclist on the US national team.

"You might think my path as a bio-engineer and a cyclist is a little bit out there but it was really all those skills I gained from those experiences that helped me get here," she said during NASA's public introduction of the new class in Houston.

Jessica Wittner studied aerospace engineering at UA and took a more conventional path to NASA as a US Navy test pilot.

"I loved to learn why and how things worked the way that they worked and became a mechanic in an earlier life," said Wittner. "When I found out there was a profession that combined all these things, I was hooked."

Space telescope launched on daring quest to behold 1st stars NASA names 2021 astronaut candidates as it plans for moon mission. Arizona professor will lead NASA project to locate menacing objects near Earth
By posting comments, you agree to our
AZPM encourages comments, but comments that contain profanity, unrelated information, threats, libel, defamatory statements, obscenities, pornography or that violate the law are not allowed. Comments that promote commercial products or services are not allowed. Comments in violation of this policy will be removed. Continued posting of comments that violate this policy will result in the commenter being banned from the site.