Biden administration drops out of talks with separated migrant families

Lawyers representing some of those who have been reunited have been in talks for months with the administration. by Alisa Reznick, Fronteras Desk Tweet 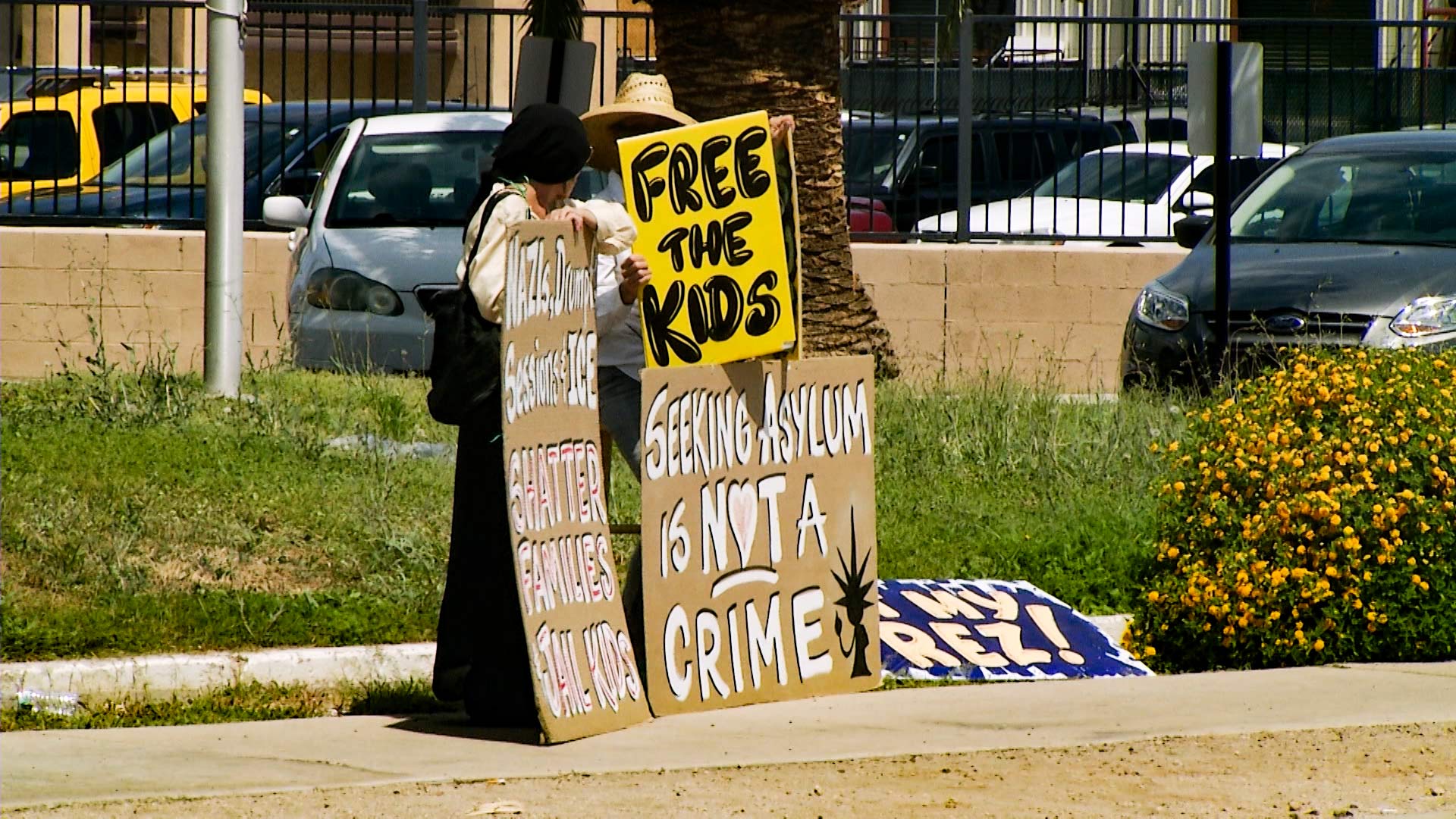 Demonstrators protest the separation if immigrant children from their parents during the visit of First Lady Melania Trump to Tucson, June 28, 2018.
AZPM

The Biden administration has pulled out of talks with migrant families separated at the border under the Trump administration’s zero-tolerance policy.

Under zero tolerance, migrants and asylum seekers could be criminally prosecuted and be sent to separate facilities from their children.

More than 5,000 children were separated during the policy’s year-long run. The Biden administration says many have still not been reunited and a few hundred children have not been found yet, at all.

Aid and rights groups say families face long-term trauma, and the policy was tantamount to abuse. Lawyers who filed suit for some of those who have been reunited have been in talks for months with the administration, trying to reach a settlement amount for damages, which at one point had reached as much as $450,000.

The ACLU, one of the groups representing families, told media the talks were ended with no explanation.

Immigration Officials Defend Handling of Family Separations How Zero-Tolerance Immigration Policy Leads to Family Separation ACLU Suit Aims to Stop Separation of Families at Border
By posting comments, you agree to our
AZPM encourages comments, but comments that contain profanity, unrelated information, threats, libel, defamatory statements, obscenities, pornography or that violate the law are not allowed. Comments that promote commercial products or services are not allowed. Comments in violation of this policy will be removed. Continued posting of comments that violate this policy will result in the commenter being banned from the site.