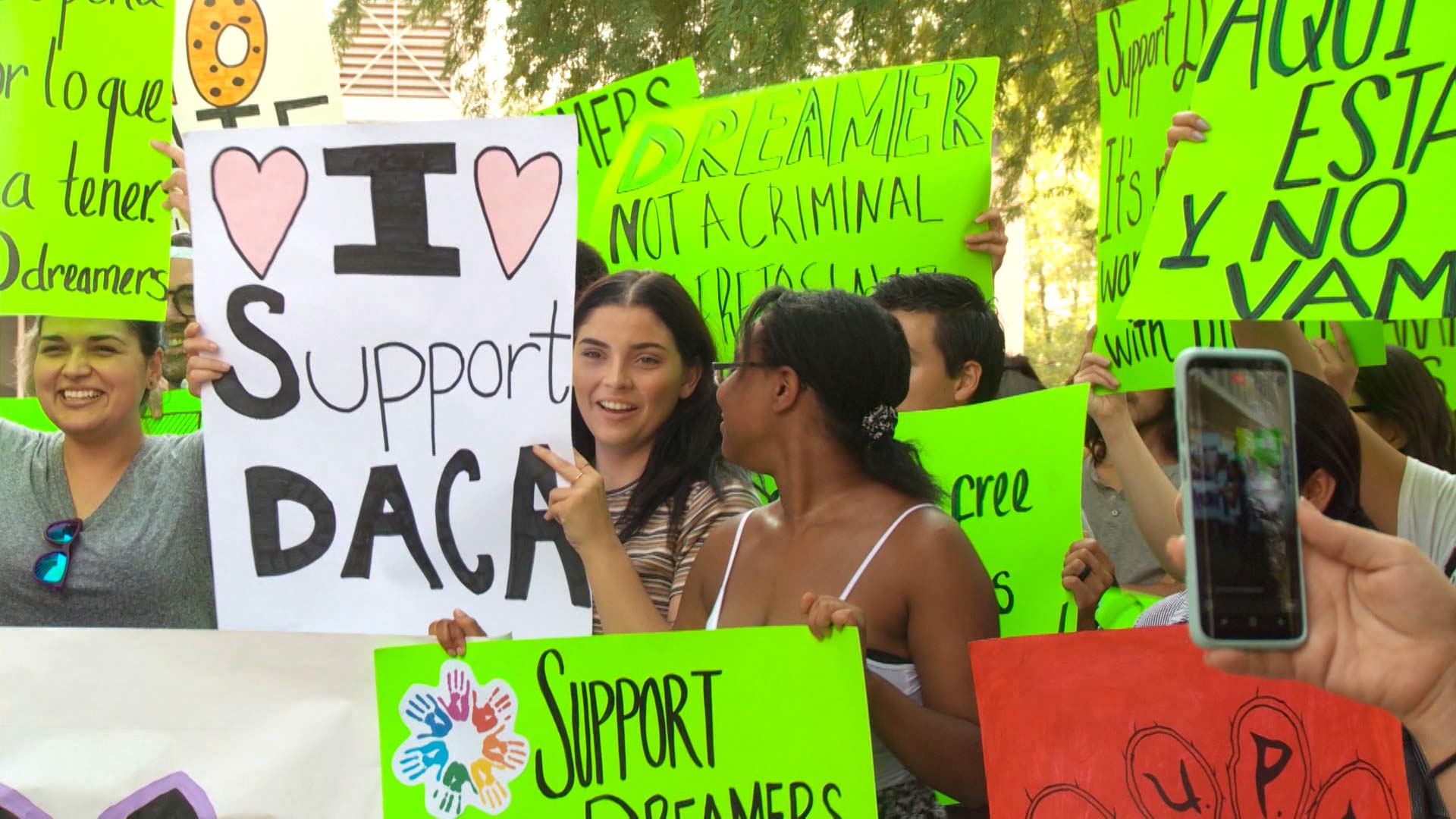 This month the Biden administration is expected to release its new guidelines for DACA. That’s the Obama-era program that gave work permits and temporary protection from deportation to some undocumented people brought to the U.S. as children.

DACA was nearly canceled under the Trump administration. Then a federal court ruling in Texas last year barred first-time applicants.

Jose Patiño is a DACA recipient in Phoenix who works with the immigrant advocacy group Aliento.

"The community as a whole had a lot of hope, coming after four years of Trump, and all the support that seemed to be for immigrants in general but also very specifically for DACA recipients or DACA eligible youth," he said.

But a year on, immigration reform measures that could have provided something more permanent for DACA recipients have languished in Congress.

The administration’s rule change proposed in September, will formalize DACA protections and first-time applicants will likely be accepted once again.

Patiño said ahead of getting details of the final rule, Aliento is focused on helping first-time DACA applicants prepare and advocating for the rule change to expand eligibility to the program.

It’s not the legislative solution Patiño and others wanted, but he said he hopes it will at least provide more stability to some people.

‘All I can do is wait’: Children make up a third of migrants in documentation limbo US to fill border wall gaps at open area near Yuma Tribes in the Colorado River basin say they're 'in the dark' as states discuss water conservation
By posting comments, you agree to our
AZPM encourages comments, but comments that contain profanity, unrelated information, threats, libel, defamatory statements, obscenities, pornography or that violate the law are not allowed. Comments that promote commercial products or services are not allowed. Comments in violation of this policy will be removed. Continued posting of comments that violate this policy will result in the commenter being banned from the site.