The plant depends on wetlands for survival by Associated Press Tweet 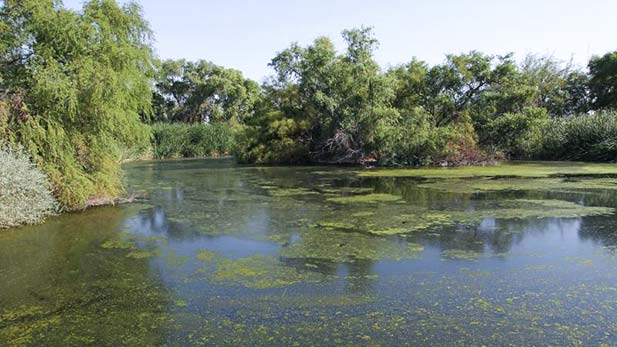 A rare plant that depends on wetlands for survival is now on the federal endangered species list.

The U.S. Fish and Wildlife Service published a decision Friday to list the Arizona eryngo as endangered. The agency also set aside about 13 acres in southern Arizona as critical habitat.

The decision comes years after environmentalists petitioned and then sued to gain protection for the plant with cream-colored spherical flower heads.

Environmentalists say the decision will boost efforts to protect the San Pedro River, which is the last free-flowing river in Arizona.

The wetland plant depends on springs from deep aquifers that nourish the river and is threatened by the over-pumping of groundwater.

Plants for the Southwest A Passion for Plants 5 litters of endangered black-footed ferrets born at Phoenix Zoo
By posting comments, you agree to our
AZPM encourages comments, but comments that contain profanity, unrelated information, threats, libel, defamatory statements, obscenities, pornography or that violate the law are not allowed. Comments that promote commercial products or services are not allowed. Comments in violation of this policy will be removed. Continued posting of comments that violate this policy will result in the commenter being banned from the site.