Officials arrest a man in connection with the fire. by Associated Press Tweet 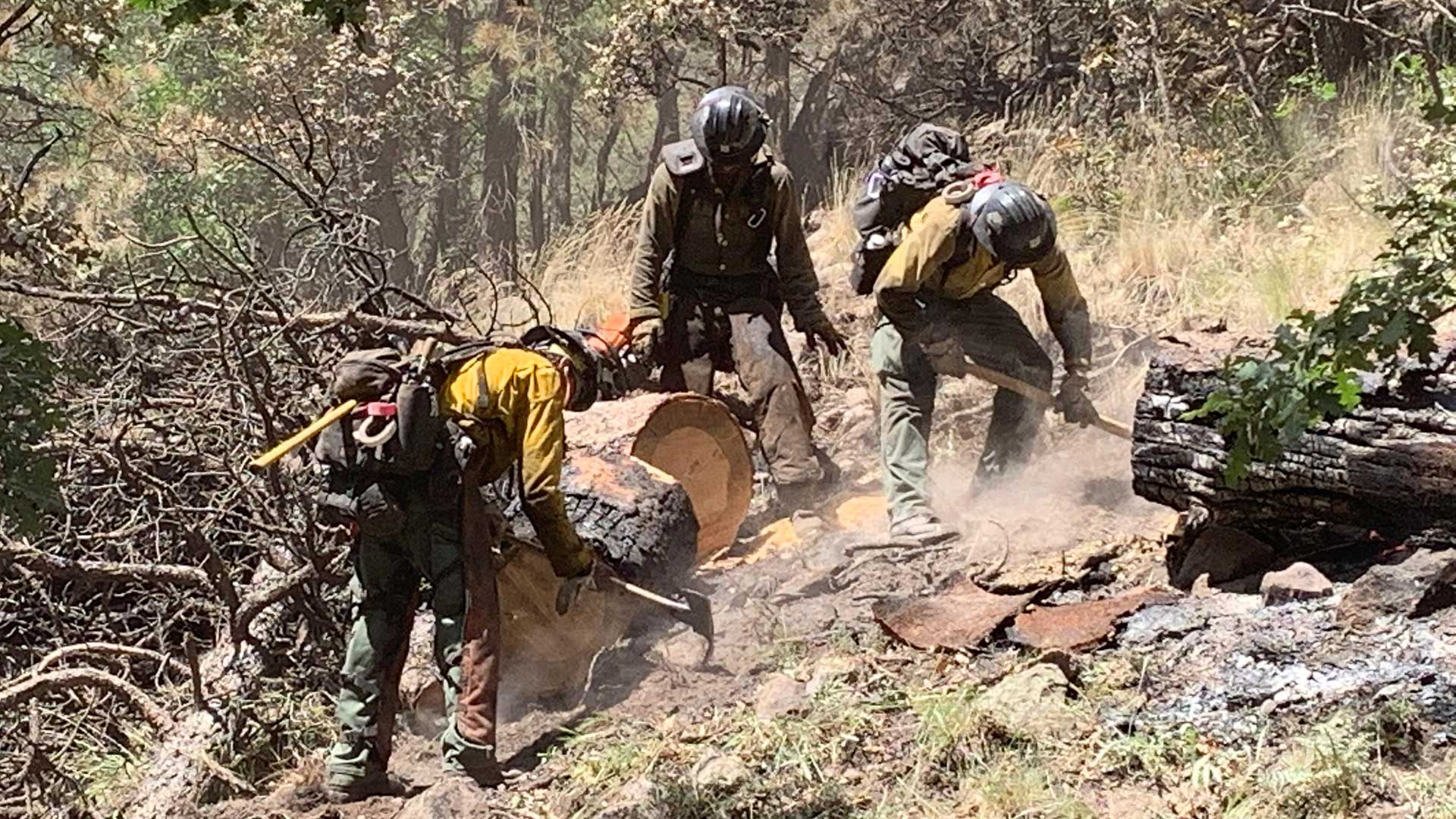 Photo posted to a government incident tracking website of firefighting crews working on the containment line of the Museum Fire, July 28, 2019.
Inciweb

Authorities say firefighters are responding to a wildfire about six miles north of Flagstaff, Arizona, that has forced evacuations.

Coconino National Forest officials say the Pipeline Fire was reported at 10:15 a.m. Sunday by a fire lookout. By late that evening, it had burned approximately 4,000-5,000 acres, pushing about 15 miles.

Officials say the Arizona Snowbowl and people living in the west Schultz Pass Road area must evacuate. People living in Doney Park and the area near Mt. Elden should be prepared.

Arizona National Guard fills sandbags to help prevent floods 4 buildings at Kitt Peak lost in wildfire Northern Arizona watches winds as Western wildfires blaze
By posting comments, you agree to our
AZPM encourages comments, but comments that contain profanity, unrelated information, threats, libel, defamatory statements, obscenities, pornography or that violate the law are not allowed. Comments that promote commercial products or services are not allowed. Comments in violation of this policy will be removed. Continued posting of comments that violate this policy will result in the commenter being banned from the site.