The Contreras Fire grew to about 11,500 acres on Thursday, prompting evacuation of Kitt Peak. by Andrew Oxford Tweet 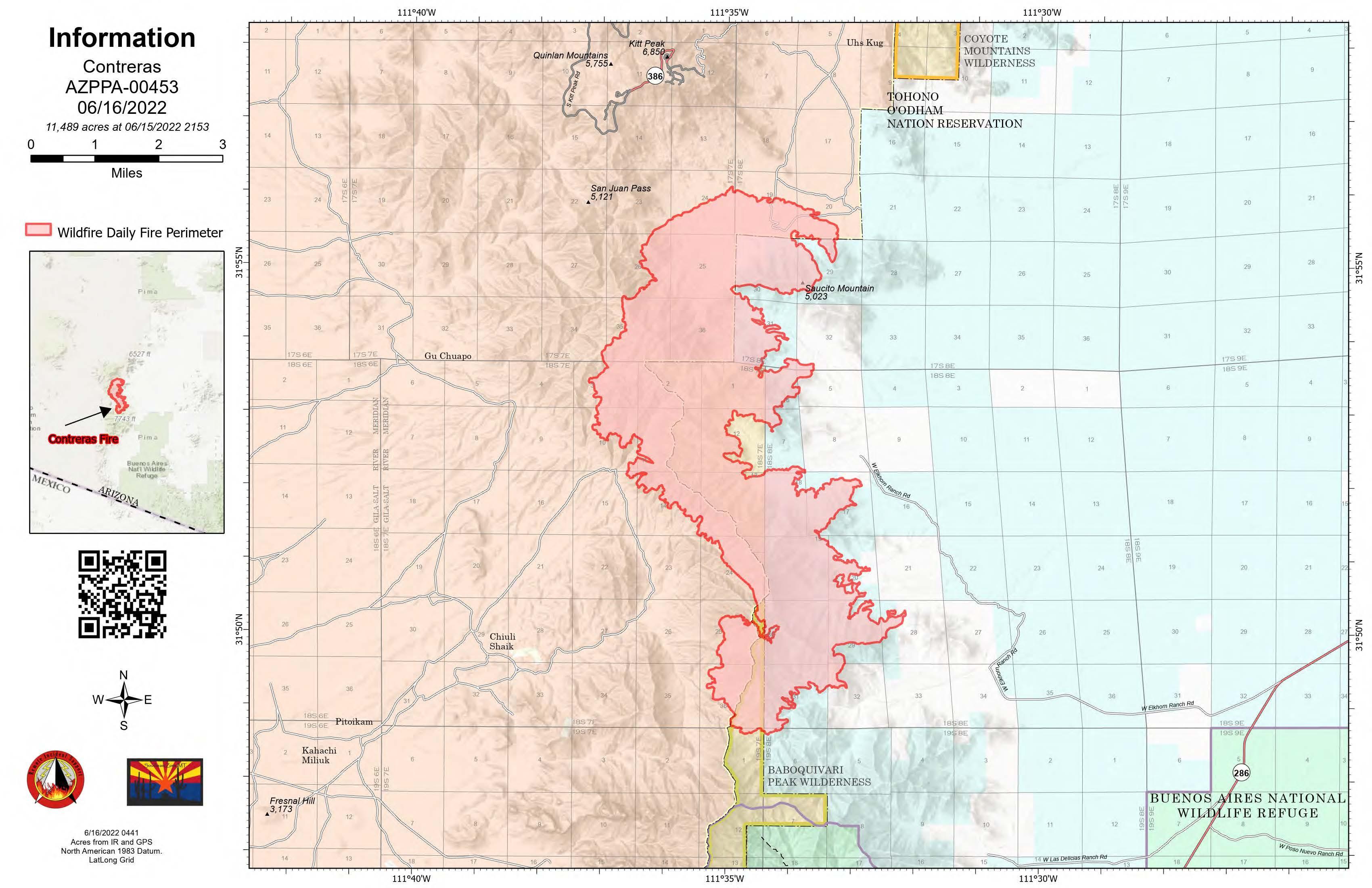 A wildfire east of Sells continued to grow Thursday, sending smoke over Tucson.

The Contreras Fire was first reported Saturday on a remote ridge of the Baboquivari Mountains.

The fire had grown to about 11,500 acres and was 0% contained as of Thursday, pushing through grass and brush on rugged terrain.

The fire has forced the evacuation of Kitt Peak and closed State Route 386 at mile marker 1.

Meanwhile, Pima County issued an advisory for ground-level ozone pollution for the Tucson Metropolitan Area on Thursday due in part to smoke from the wildfire.

Contreras Fire burns more than 18,000 acres 4 buildings at Kitt Peak lost in wildfire More Arizona counties have low COVID transmission
By posting comments, you agree to our
AZPM encourages comments, but comments that contain profanity, unrelated information, threats, libel, defamatory statements, obscenities, pornography or that violate the law are not allowed. Comments that promote commercial products or services are not allowed. Comments in violation of this policy will be removed. Continued posting of comments that violate this policy will result in the commenter being banned from the site.