The Contreras Fire has grown to about 11,500 acres. by Andrew Oxford Tweet 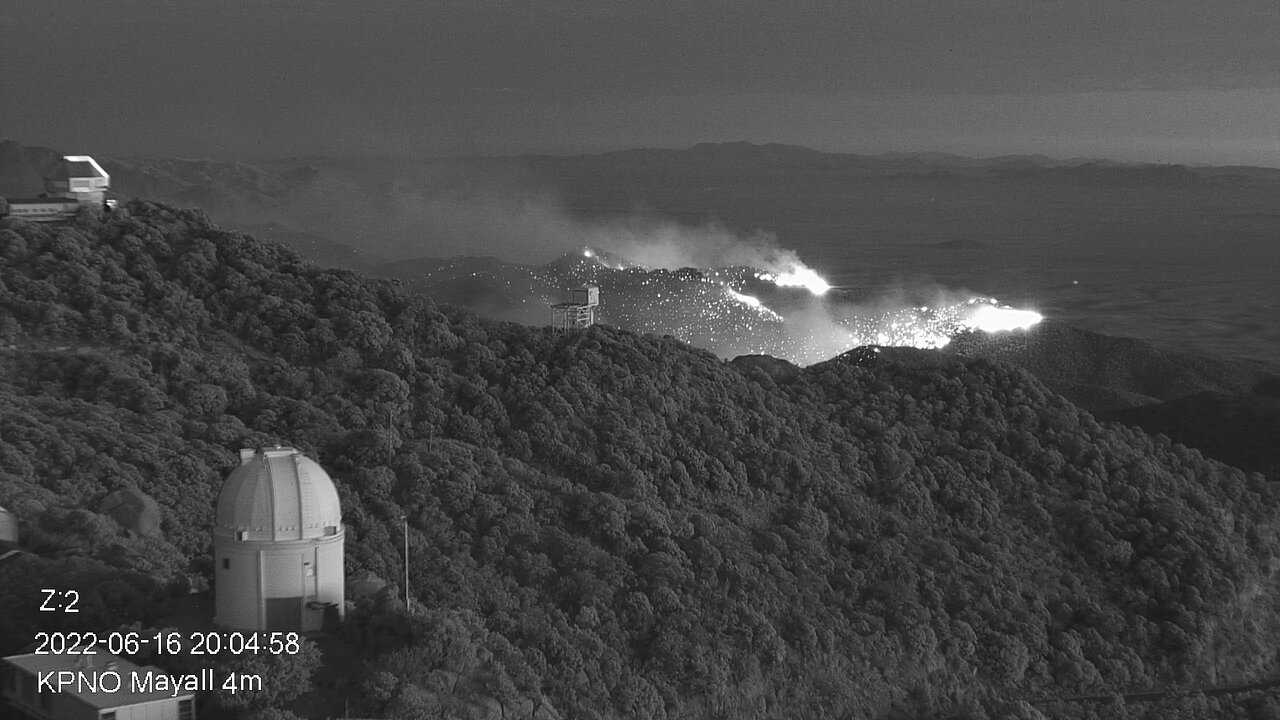 Part of the Contreras Fire burning near the Kitt Peak Nationla Observatory on June 16, 2022.
KPNO/NOIRLab/NSF/AURA

The Contreras Fire continued burning Friday, reaching the Kitt Peak National Observatory overnight and prompting the evacuation of the community of Pan Tak.

The observatory was evacuated Wednesday as the fire approached.

The National Science Foundation's NOIRLab, which operates the facility, said in a statement that crews cleared a line of trees and brush below the southern ridge Thursday.

But it said that "contrary to the expectations of the firecrews," the fire crested the southwest ridge early Friday morning.

"Because of the ongoing nature of the situation, it is currently not possible to assess whether any damage to the structures has occurred," the organization said in a statement.

Founded in 1958, the observatory boasts one of the largest arrays of optical and radio telescopes anywhere.

"NSF’s NOIRLab is deeply grateful to the firefighters working at the site and for the support of the Tohono O'odham community at this challenging time," the statement said.

On Friday, authorities called for the evacuation of the community of Pan Tak.

Caused by lightning, the fire was first spotted Saturday and has grown to about 11,500 acres.

Officials expect wet weather as Contreras Fire passes 20,000 acres Contreras Fire burns more than 18,000 acres 4 buildings at Kitt Peak lost in wildfire
By posting comments, you agree to our
AZPM encourages comments, but comments that contain profanity, unrelated information, threats, libel, defamatory statements, obscenities, pornography or that violate the law are not allowed. Comments that promote commercial products or services are not allowed. Comments in violation of this policy will be removed. Continued posting of comments that violate this policy will result in the commenter being banned from the site.