× STREAMCHILDREN OF THE HOLOCAUST: Watch our preview and discussion of AZPM's upcoming project, Children of the Holocaust.
/ Modified nov 23, 2022 2:20 p.m.

The Las Vegas Raiders were the most costly for fans. by Derrian Carter, Cronkite News Tweet 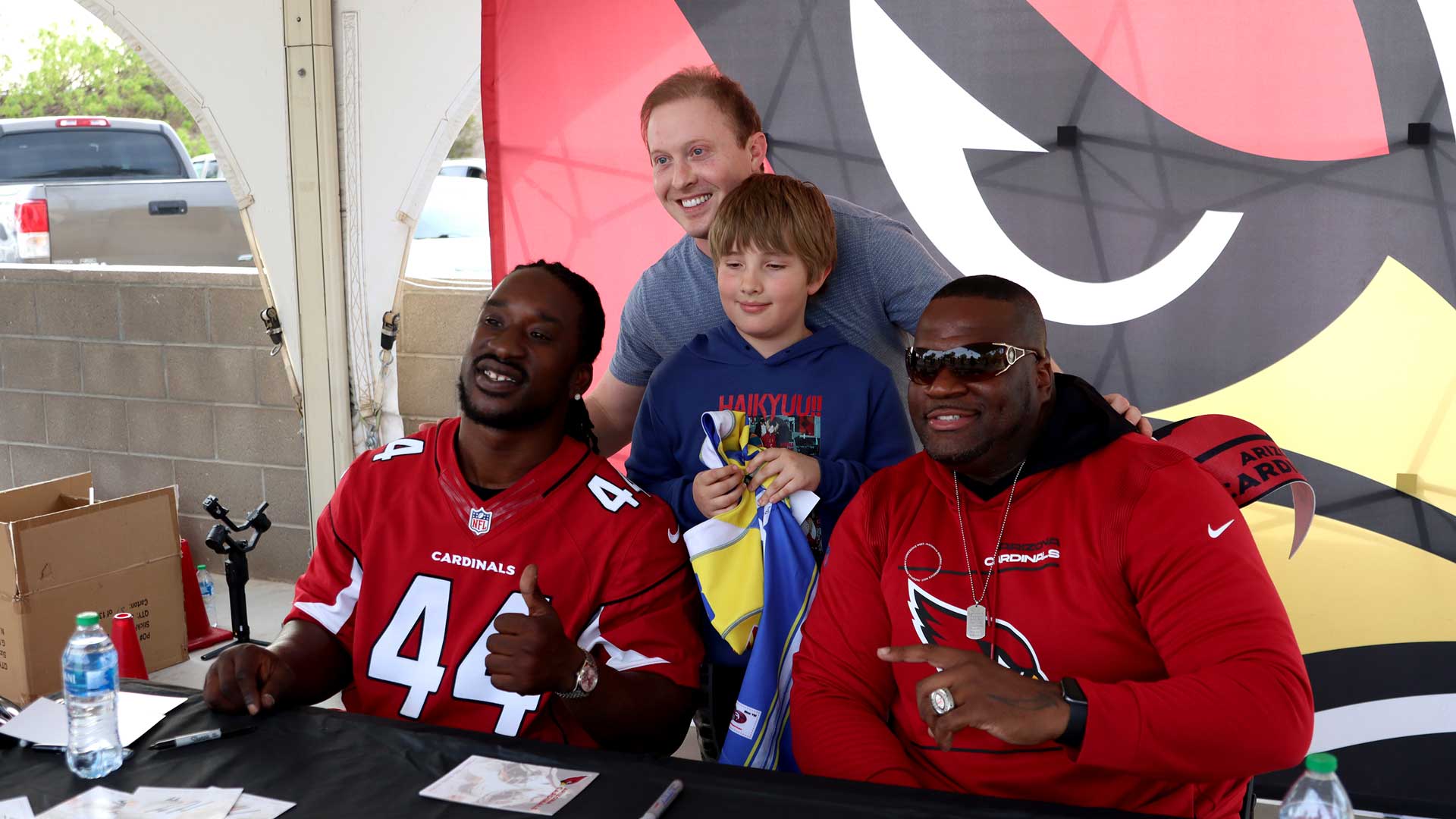 The Arizona Cardinals rank first in the NFL for fan experience, according to one study.
File photo by Amanda Valle, Cronkite News

Although State Farm Stadium has not been kind to the Arizona Cardinals, who have won once in their last 10 home games, it apparently treats its fans well.

Research by Sidelines sports technology and digital media company lists the Cardinals first in the NFL for offering the most affordable fan experience. Calculations include the price of an average wholesale ticket, parking, a 16-ounce beer, and a hot dog at stadiums for preseason and regular season games.

The report revealed the Cardinals are the cheapest NFL team to follow this season with an average consumer total of $117.46 per game. The Las Vegas Raiders were the most costly at $273.47.

“It was a pretty packed game, so I think the ticket price for what I got was reasonable,” said Tucson native Mark Islas, who attended the Seattle Seahawks vs. Cardinals game on Nov. 6. “Their parking pass was surprisingly cheap, and it was one that was relatively close to the stadium. It’s pretty affordable.”

The Cardinals have disappointed fans this season with their 4-6 record and inconsistent play. The team sits third in the NFC West and has Cardinals general manager Steve Keim, coach Kliff Kingsbury and quarterback Kyler Murray searching for answers.

“Hard Knocks In Season: The Arizona Cardinals” debuted Nov. 9 and has provided an inside look on how the team hopes to turn things around. Despite the underwhelming play, the 47th most valuable sports franchise in the world has continued to fill its stadium.

Bradford and her friends arrived an hour before the game and walked through the pedestrian underpass with “Arizona” engraved on one side and “Cardinals” etched on the other, which leads to State Farm Stadium’s south entrance. They entered the 2023 Super Bowl site to the sight of a red sea with black and gold sprinkled around.

“I knew it was going to be an overwhelming experience just knowing how serious the fan base is,” Bradford said. “I didn’t want to put too much pressure on what the experience would be like. I just wanted to walk in and let the environment speak for itself.”

Bradford paid around $50 for 400-level tickets. Low ticket prices are one reason that the Cardinals have the NFL’s least expensive experience for fans.

“The fan experience and making money has to have a meeting point in the middle, where both are important,” said Ryan Nicklin, who was the primary lead on the Sidelines study. “But you should definitely, as a company, be trying to keep your fans happy.”

Through five home games, the Cardinals are averaging 63,626 fans a game this season, which is an increase of approximately 1,000 from last year. Arizona’s home schedule features popular opponents including the Saints, Kansas City Chiefs, Tampa Bay Buccaneers, and New England Patriots, whose fans travel well.

“Some of the visiting teams have a very strong contingent of fans that will travel regardless where the team plays, especially if it is a desirable destination (and) a warm weather place like (Arizona),” Middle Tennessee State University marketing professor Don Roy said. “It’s not a matter of the tickets being priced low because there’s (no) demand. It’s just turning out to be good value for the fans.”

When fans attend games, the Cardinals’ low-cost concession prices can impact the consumer one of two ways, said T. Bettina Cornwell, the head of the marketing department at the University of Oregon.

“One way that ticket price influences fan experience is through the lens of ‘price-perceived quality,’ (where) a fan attributes low prices to low quality and feels that they are experiencing a lower standard than those in markets that pay more,” Cornwell said via email. “This might result in a fan leaving before the end of the game if things are not going well for the team and adding to their own and (the) negative experience of others.

“Another (route) is to experience an affordable ticket as a boon and have a feeling of enjoyment and appreciation.”

Bradford spent at most $100 during the week seven matchup and appreciated the ticket and concessions cost to get a true Cardinals game experience.

“Being from Chicago and never going to a (Chicago) Bears game, I can only imagine how much a regular meal is in Chicago, New York, and all those big cities,” Bradford said.

Arizona will host the Super Bowl for the fourth time in February. It is uncertain if the Cardinals will make the playoffs and try to be the third consecutive team to play and win the big game in its hometown, but management, coaches, players, and fans hope for a turn round before it’s too late.

Busker nation: Outside of sporting events, street performers capture soundtrack of Phoenix life Supporters: Debt collection act an important protection, but not a cure-all Phoenix led the nation in inflation in 2022, but rise may slow in 2023
By posting comments, you agree to our
AZPM encourages comments, but comments that contain profanity, unrelated information, threats, libel, defamatory statements, obscenities, pornography or that violate the law are not allowed. Comments that promote commercial products or services are not allowed. Comments in violation of this policy will be removed. Continued posting of comments that violate this policy will result in the commenter being banned from the site.