When Sara Palmer faced the end of her 24-year marriage, she sought help from a therapist who asked her a compelling question.

“She said that I needed to consider: why would you tolerate the intolerable for 24 years?” Palmer said. “And that really got me thinking.”

The question started Palmer on a journey that led her back to her childhood, to traumatic experiences she says contributed to a lifelong pattern of tolerating bad behavior.

“For me, it was anger—that little girl did not feel at liberty to express her anger,” she said. “Something as simple as a little four-year-old, but it was showing up in my adult behavior as well.” 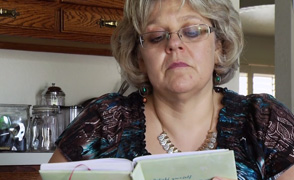 Sara Palmer sought help from a therapist after she faced the end of her 24-year marriage.
AZPM Staff

Palmer’s journey ultimately brought her to another therapist, Debra Kaplan, who suggested an unconventional approach to resolving the issues that had dominated Palmer’s life—Eye Movement Desensitization and Reprocessing therapy, also known as EMDR.

EMDR uses the senses to help people heal from trauma. Clients come to Kaplan with an ongoing problem rooted in a past experience. They may panic around dogs after being attacked by a dog, for example, or fear driving following a car accident. They find themselves stuck in a loop they can’t overcome without help, Kaplan said.

“So what EMDR does is help bring what is stuck in the nervous system as a traumatic disturbance to a place of resolution,” she explained, and the resolution comes, in part, through stimulating the senses bilaterally—that is, on each side of the body.

In a typical EMDR session, clients talk through their traumatic experiences and let themselves feel the disturbing sensations they trigger, Kaplan said. At the same time, they may track a moving light back and forth with their eyes, hear tones that alternate from one ear to the other, or feel a buzzer go off in each hand.

Whatever sense the stimulus taps into—touch, sound or sight—it goes back and forth from one side of the body to the other. Somehow, this process defuses the disturbance.

After a single session, clients who were once unable to even discuss their military trauma, childhood sexual abuse, or other source of suffering “are able to sit and just begin to think about it,” Kaplan said. “By three or four sessions, they have resolved the trauma.” 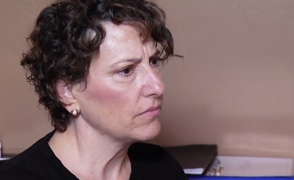 Studies have confirmed that EMDR is extremely effective.

A 2013 meta-analysis published in the Journal of Clinical Psychiatry found it ranks alongside more traditional psychotherapies—and outperforms medications—in its ability to treat post-traumatic stress disorder. The therapy has been adopted and strongly recommended by the Veterans Affairs/Department of Defense clinical practice guidelines for post-traumatic stress disorder, or PTSD.

But EMDR is also extremely controversial—largely because no one is sure how it works.

University of Arizona psychologist Patricia Haynes said scientists have not been able to show why EMDR helps people.

“In psychology, a lot of our therapies are very solidly based on good theory that is well-articulated prior to the development of the therapy itself,” Haynes said, and that’s not the case with EMDR. It isn’t clear, for example, if the back-and-forth stimulus is actually necessary for the therapy to work, or if just recalling the trauma is what helps people heal.

The other sticking point, Haynes said, is how EMDR is taught. 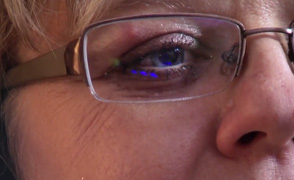 “EMDR is actually very highly commercialized, and it’s not disseminated necessarily through trainings in our higher educational institutions,” Haynes said. “It’s become a very big business, and I think that’s important for people to know.”

More research is needed to understand EMDR, and that understanding may improve the therapy’s standing in the scientific community, she said.

But for Palmer, what matters is understanding the therapy’s impact on the way she sees herself and the world.

“It was as if something got unlocked—something opened up emotionally,” she said. “That pain was dealt with and I didn’t have to live with that anymore. It was remarkable how the weight of those emotions, they were with me and then they weren’t.”

For all the unanswered questions around EMDR, Palmer said it has given her a new vision of herself and her future—and that’s a gift she’ll take, no questions asked.

Tucson Fire Department Aims to Ease Firefighters’ Trauma Desert Photographer Explores Science of Color Vision Four cases of UK variant detected in Pima County
By posting comments, you agree to our
AZPM encourages comments, but comments that contain profanity, unrelated information, threats, libel, defamatory statements, obscenities, pornography or that violate the law are not allowed. Comments that promote commercial products or services are not allowed. Comments in violation of this policy will be removed. Continued posting of comments that violate this policy will result in the commenter being banned from the site.