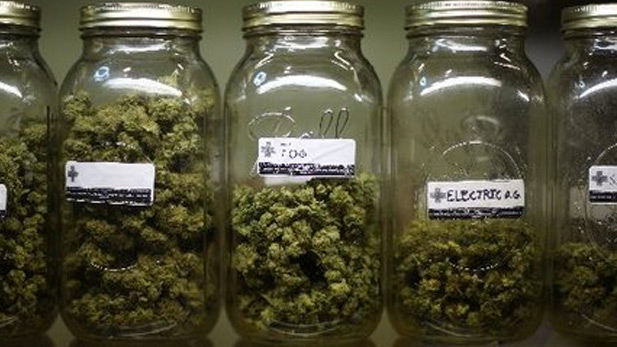 Listen to in-depth look at battle to add PTSD to Medical Marijuana Act:

The state health director accepted Wednesday to add post-traumatic stress disorder to the list of conditions that can be treated with medical marijuana. But the approval came with conditions.

Health Director Will Humble's decision will not be implemented until next January and PTSD patients will have to prove they are under conventional therapy before signing the medical marijuana certification.

"He has no authority to do that," said Ken Sobel, a Tucson lawyer, who represents the Arizona Cannabis Nurses Association, which has led the efforts. "If he had waited and done nothing that would have gone into effect by operation of law. He had the choice to either accept the judge's decision or reject the judge's decision, but he had no authority to impose additional conditions on PTSD sufferers."

In a blog post, Humble said the January implementation is to give physicians and dispensaries a few months to "develop policies and procedures, and educational materials required."

He added physician certifications will only be valid for palliative care, meaning only to relieve PTSD symptoms and not to be used as a primary treatment. 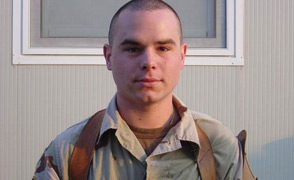 Ricardo Pereyda was diagnosed with PTSD after a one-year deployment with the Military Police Corps in Iraq.
Courtesy of Ricardo Pereyda

About his final decision, Humble said in the post that the information provided by the AZCNA at an administrative hearing provided evidence that marijuana "may be helpful in the palliative care of PTSD in some patients."

The Marijuana Policy Project in Washington also weighed in on the issue.

"There is mounting evidence that medical marijuana can be very beneficial for individuals suffering from PTSD. This decision will alleviate the suffering of thousands of Arizonans suffering from this debilitating condition," said Chris Lindsey, legislative analyst for the MPP, in a statement. "If marijuana can improve the quality of life for veterans and others who have experienced traumatic events, we should allow them to access it. Those who suffer from PTSD deserve compassion and support, and it’s great to see state officials have chosen that path."

Ricardo Pereyda, an Iraq veteran with PTSD, has been taming his symptoms with marijuana for years.

Pereyda turned 22 in the combat zones. And after a one-year deployment with the Military Police Corps in the Middle Eastern country, he was diagnosed with the disorder.

At 23, his medicine cabinet consisted of a prescription pills surplus to treat his depression, anxiety and other symptoms. The medically discharged veteran also started drinking heavily.

“And those were having interactions among each other,” he said. “I was lethargic. I was a zombie pretty much. I couldn’t hold my train of thought. It was difficult for me to get off the couch a lot of days, and it wasn’t working for me.”

After three years in a downward spiral, Pereyda said he learned from other veterans that marijuana was helping them manage their PTSD symptoms.

He gave it a try.

“When I’m angry, when I’m depressed, when I’m anxious, when I spin myself out of control, all it takes is one or two hits, a couple of deep breaths, some stretching, some exercise…within 20 minutes, I’m a different person,” he said.

Last year, he got his medical marijuana card citing chronic pain. Although he primarily smokes to treat his PTSD, he wasn't able to use that diagnosis to obtain a card because at the time it was not yet a qualifying debilitating condition on the state's Medical Marijuana Act.

Heather Manus, president of the AZCNA, has worked with veterans and PTSD patients for years.

"We have actually seen suicide rates decrease,” she said. “Through the work that I have done as a nurse and as a cannabis nurse in the state of New Mexico…I can tell you from experience that it is so beneficial to the symptoms of PTSD. They don’t have to be relying on pills and pharmaceuticals and side effects.” 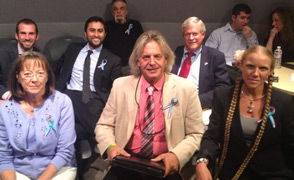 The AZCNA has been the driving force behind the battle. Manus said that about 22 veterans with PTSD commit suicide every day, and that pushing for all beneficial treatment is a moral duty.

"It is important to have PTSD as a qualifying condition so that those patients, an estimated 500,000 PTSD patients (in Arizona)...have the freedom to choose and have safe access to quality medicine under an informed and educated platform like a dispensary," she argued.

"In New Mexico, PTSD patients have had safe access to cannabis since 2009, and after four years and several thousand patients, there has not been one reported adverse effect from its use," Manus added.

In 2013, the association presented the state Department of Health Services with a 109-page petition requesting the addition of PTSD to Arizona's voter-approved Medical Marijuana Act.

It was the same petition used in New Mexico and Nevada, where PTSD patients can also obtain a medical marijuana card with that diagnosis.

Both Pereyda and Manus, alongside five doctors, testified in the hearing.

Humble argued it was this type of anecdotal evidence what fueled Shedden's ruling last month. But to Humble, it is more about the science.

“My decision back in January not to add PTSD to the list was driven by looking through the lens of treatments, and to that extent, there is very little evidence and basically no evidence in the scientific literature that marijuana is an effective treatment,” Humble said last month. 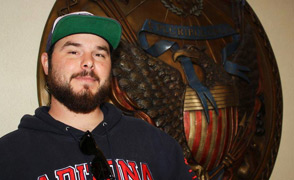 Ricardo Pereyda learned from other veterans that marijuana was helping them with their PTSD symptoms, so he gave it a try.
Courtesy of Ricardo Pereyda

He explained once a condition is added to the list, the state's Medical Marijuana Act doesn't provide a path to reverse that decision.

"I have been somewhat cautious about adding new medical conditions to the list," he said in June. "If we were to approve a new medical condition for something like depression, and we later find out that marijuana is actually harmful and moves people from depression to suicide, I am not saying that is the case, but if we later find that kind of evidence, then I would have been doing a public health harm by adding something to the list."

"If new evidence becomes available, there is no way to pull it off...it is a one-way street," he said prior to announcing his final decision.

Sobel said there were detailed testimonies from people in the medical field and PTSD patients supporting their case.

"We presented overwhelming evidence that cannabis as relates to PTSD is a safe and effective therapy that provides palliative benefit, it makes patients feel better," he said.

For Pereyda, it has been a matter of himself and colleagues being able to medicate legally.

At the same time, he said he knows cannabis is not the ultimate answer and even in the short-term, it is not going to work for everyone. But even if it does, he said eventually people with PTSD have to learn to tame their symptoms without crutches.

"Being able to use cannabis as a tool, in my tool bag, along with other techniques that I have developed throughout. Cannabis is not a silver bullet, you have to take personal responsibility. At some point you are going to have to stand on your own two feet," he said.

Sobel said he plans to meet with Humble's attorney and present a letter requesting the removal of the conditions Humble established. If the health director proceeds with these, Sobel said he will take Humble to court.

An additional nine states approve the use of medicinal marijuana for PTSD, according to the MPP.