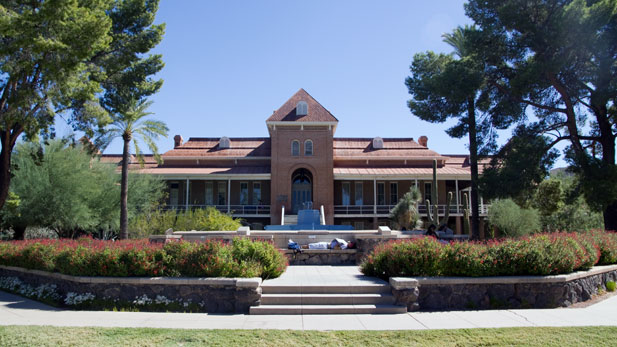 Old Main at the University of Arizona.
AZPM Staff 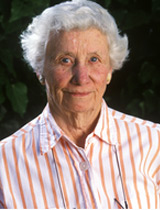 Just five months into the public phase of the largest fundraising campaign in its history, the University of Arizona has reached an important milestone, whizzing past the billion dollar mark towards its $1.5 billion goal.

University officials made the announcement at an event to honor the philanthropist Agnese Helms Haury. It came in tandem with the news that Haury’s estate has donated more than $50 million to the institution.

The gift is one of the largest in the history of the university. It will be used to create program focused on the environment and culture of the Southwest.

The money will support faculty, students and visiting fellows, be used for conferences on environmental and societal challenges, enable the university to create a prize in Haury’s name and a scholarship for Native American students to study at Oxford University.

Haury, who was married the former head of the UA School of Anthropology, made numerous gifts to the university. She passed away this March at the age of 90.

UA College of Pharmacy Needs $9.5 Million for Building Renovation UA Reaches $1.5B Fundraising Goal Two Years Early UA Fundraising Campaign on Track to Beat $1.5 Billion Goal
By posting comments, you agree to our
AZPM encourages comments, but comments that contain profanity, unrelated information, threats, libel, defamatory statements, obscenities, pornography or that violate the law are not allowed. Comments that promote commercial products or services are not allowed. Comments in violation of this policy will be removed. Continued posting of comments that violate this policy will result in the commenter being banned from the site.