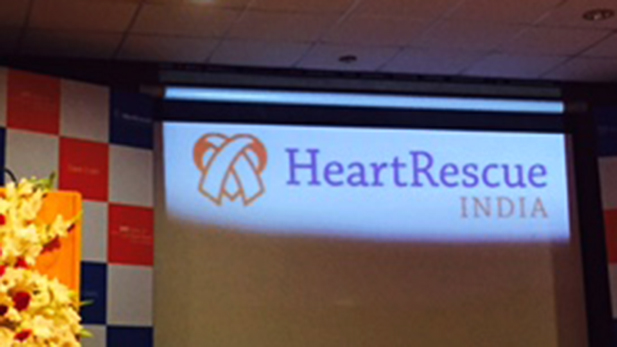 Heart disease kills four people every minute in India, and many of these deaths are preventable, said UA Professor of Emergency Medicine Ben Bobrow.

Emergency medical systems are new in India, and there’s an added challenge.

Streets in many of the country’s densely populated cities are choked with traffic, which prevents ambulances and medical professionals from reaching people as they're suffering from heart attacks.

"We’re going to be working with a network of seven hospitals," Bobrow said. "Each hospital will have will have first responders that go out and try to reach people in their homes and wherever they are outside of the hospital and they will be specially trained and do life saving treatment."

Those first responders won’t use ambulances, but will have medical motor scooters that can weave quickly through traffic jams.

"That'll make it possible for first responders to actually get to people and initiate life-saving treatment far earlier than what happens right now," Bobrow said.

"We're actually establishing a unique emergency response number that will go to a dispatcher in this network of hospitals and they will give the caller specific instructions on what to do as the first responder is en route," said Bobrow.

And that, he said, has the potential to save many lives.

UA Study Finds Macular Degeneration Can Be Prevented UA Making Biggest Mirrors for World's Biggest Telescope UA Researchers Explore Health Benefits of Man's Best Friend
By posting comments, you agree to our
AZPM encourages comments, but comments that contain profanity, unrelated information, threats, libel, defamatory statements, obscenities, pornography or that violate the law are not allowed. Comments that promote commercial products or services are not allowed. Comments in violation of this policy will be removed. Continued posting of comments that violate this policy will result in the commenter being banned from the site.