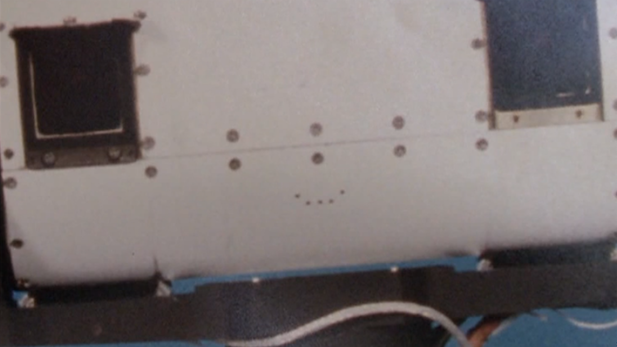 Vent holes were made to look like a smile on the front of the Pathfinder Mars camera, says camera builder and University of Arizona scientist Peter Smith.
Courtesy Peter Smith

Hollywood blockbuster “The Martian” has the attention of planetary scientists at the University of Arizona. AZPM's Lorraine Rivera spoke with UA scientists Peter Smith and Alfred McEwen on the Oct. 16 Arizona Week about the movie and their work in exploring Mars.

Spoiler alert: You’ll hear about a key scene in the movie, involving a camera built at the UA in Tucson.

AZ WEEK: Exploring Mars on Silver Screen, in UA Research 'Strongest Evidence' Mars Has Water, UA Scientist, Others Say NASA Invitation: Send Yourself to Mars Next Year
By posting comments, you agree to our
AZPM encourages comments, but comments that contain profanity, unrelated information, threats, libel, defamatory statements, obscenities, pornography or that violate the law are not allowed. Comments that promote commercial products or services are not allowed. Comments in violation of this policy will be removed. Continued posting of comments that violate this policy will result in the commenter being banned from the site.