Vox Urbana writes music and lyrics to evoke experiences of immigration to the U.S. by Sophia Paliza-Carre Tweet 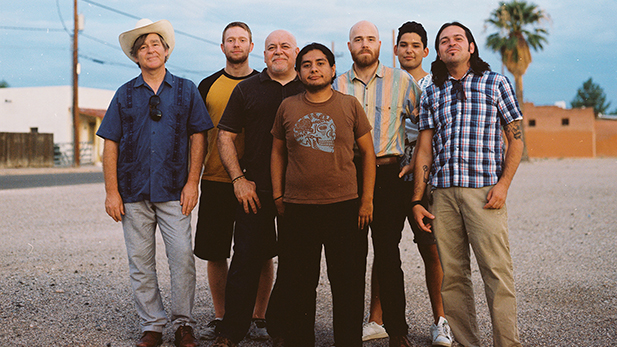 Music often strives to tell a story to its listeners. Genres like country and folk often tell us stories of revenge, small towns, or the man that got away.

Vox Urbana partnered with Mariposas Sin Fronteras, the Southside Workers Center, and The Florence Project, who helped connect them to the 10 people they interviewed.

Band members Enrique Castellanos (Kiki) and Jim Colby conducted the interviews in Spanish. Colby wrote the music and Castellanos wrote the lyrics for the corridos, which are Mexican ballads or story songs.

“We just wanted to create a band and a space for people here in Tucson to celebrate and be together and to create songs that had meaningful lyrics.”

“For us it was very important to create a story of a hero, but that hero could be a mom that's raising family with two children with a minimum wage. And she's doing all her best she can. She's a hero to us.”

However, Castellanos wanted to highlight the hope and strength of these stories, not just the suffering or the tragedy.

“Most of the time we were dealing with very difficult struggles about being an undocumented migrant in another country. One of the greatest challenges was to not romanticize that story. To try to be respectful, to be precise with it. And that's not always easy.” 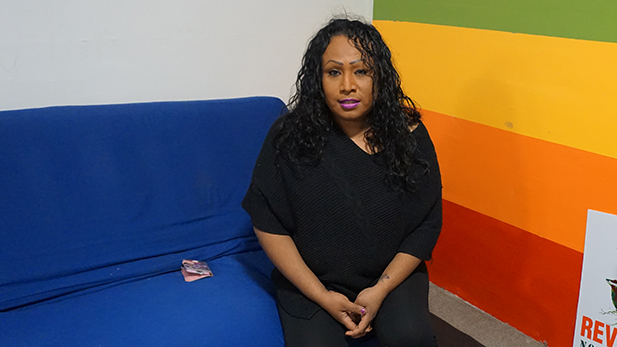 “I don't think people realize this, but while transgender woman are the most vulnerable, inside of detention centers and in general, they are not the most weak. We are strong.”
Sophia Paliza-Carre, AZPM

For Castellanos, some songs were harder to write than others, like that of Karolina Lopez. Karolina Lopez is a transgender Mexican woman who crossed the border illegally, to escape abuse and discrimination in her own country. After spending three years in the Eloy Detention Center, she began working with Mariposas sin Fronteras to support the LGBTQ community in Tucson, both inside and outside of detention centers.

After participating in the Cumbia Corridos project, she said hearing her experiences made into song gave her a good feeling, like she was doing work that helped not only herself, but also others.

“I don't think people realize this, but while transgender woman are the most vulnerable, inside of detention centers and in general, they are not the most weak. We are strong," Lopez said in Spanish.

Play Revives Memory of Demolished Tucson Barrio What Stereotypes Are There in Tucson? Dímelo Explores She Can't Vote, But Election Helps Tucsonan Find a Voice
By posting comments, you agree to our
AZPM encourages comments, but comments that contain profanity, unrelated information, threats, libel, defamatory statements, obscenities, pornography or that violate the law are not allowed. Comments that promote commercial products or services are not allowed. Comments in violation of this policy will be removed. Continued posting of comments that violate this policy will result in the commenter being banned from the site.