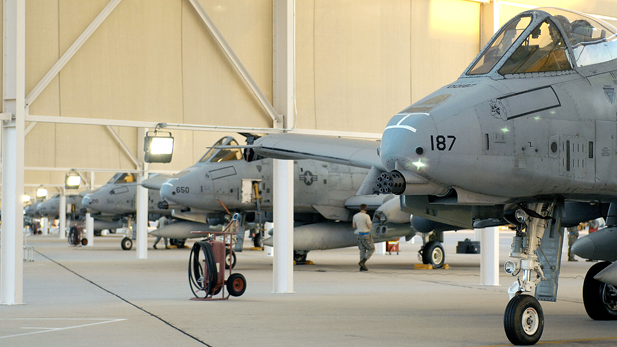 That represented about 5 percent of Pima County's $30 billion GDP in 2015, the year of the analysis.

The analysis includes personnel assigned or employed at the base, construction spending and an estimated number and dollar value of indirect jobs created by D-M's presence.

Davis Monthan had 7,541 active duty, reserve and Air National Guard personnel in fiscal 2015 and 3,076 civilian workers, the analysis said. Three-quarters of the air base's military personnel live off base, it said.

Tucson Air Guard Works to Get Fighter Pilot Numbers Off the Ground Air Force Secretary Praises Davis-Monthan and A-10 Davis-Monthan and Tucson's Economy
By posting comments, you agree to our
AZPM encourages comments, but comments that contain profanity, unrelated information, threats, libel, defamatory statements, obscenities, pornography or that violate the law are not allowed. Comments that promote commercial products or services are not allowed. Comments in violation of this policy will be removed. Continued posting of comments that violate this policy will result in the commenter being banned from the site.