Port's New Rail 'Off Ramp' Could Be Boost For Tucson's Logistics 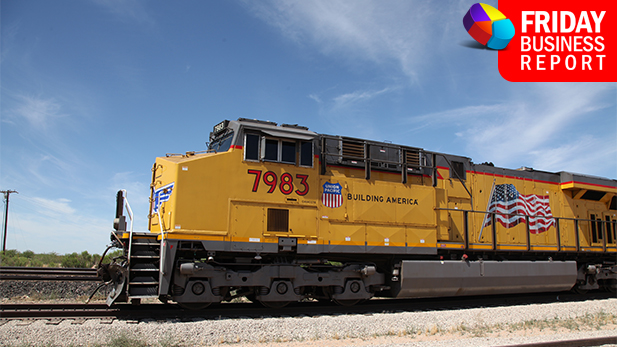 Tucson is growing as a transportation hub, and a part of that growth is a recent expansion at the Port of Tucson. The newly completed project is to rail what an off-ramp is for cars on a freeway, allowing deceleration space so trains can stop at the inland port. The expansion was part of a public/private partnership between the port, Pima County, and Union Pacific Railroad. Zac Ziegler spoke with Port of Tucson owner Alan Levine to find out what this expansion means for his business and for the Tucson economy.

Storm Drain Under Port of Entry in Nogales Needs $10 Million Fix Post-Secondary Education Can Improve Local Economy Tucson Economic, Job Growth Accelerating in 2016
By posting comments, you agree to our
AZPM encourages comments, but comments that contain profanity, unrelated information, threats, libel, defamatory statements, obscenities, pornography or that violate the law are not allowed. Comments that promote commercial products or services are not allowed. Comments in violation of this policy will be removed. Continued posting of comments that violate this policy will result in the commenter being banned from the site.