Arizona's unemployment rate in February was 5.1 percent, up one-tenth of a percentage point from January, despite above average job growth, the state Office of Economic Opportunity reported Thursday.

Nearly 31,000 people joined the labor force looking for work, the report said, and that drove the rate up slightly. People joining the pool of available workers is usually taken as a positive sign for the economy. 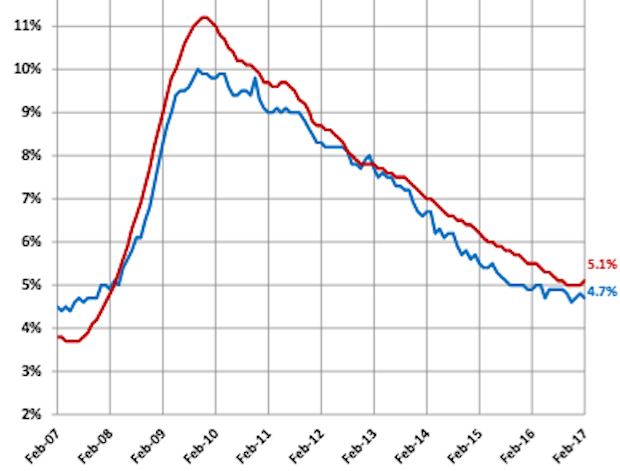 The biggest gains came in government, with 15,500 jobs added, mostly in education, and in leisure and hospitality, with 5,500 jobs.

Employment was 2.0 percent higher than a year ago, about 54,000 jobs added, in line with the state's annual projection a year ago.

Metro Tucson's rate was 4.7 percent in February, with 480,000 peopleemployed, a 0.1 percent improvement from January.