The program puts state money toward a bonding plan lobbied for by Arizona's universities. by Vanessa Barchfield Tweet 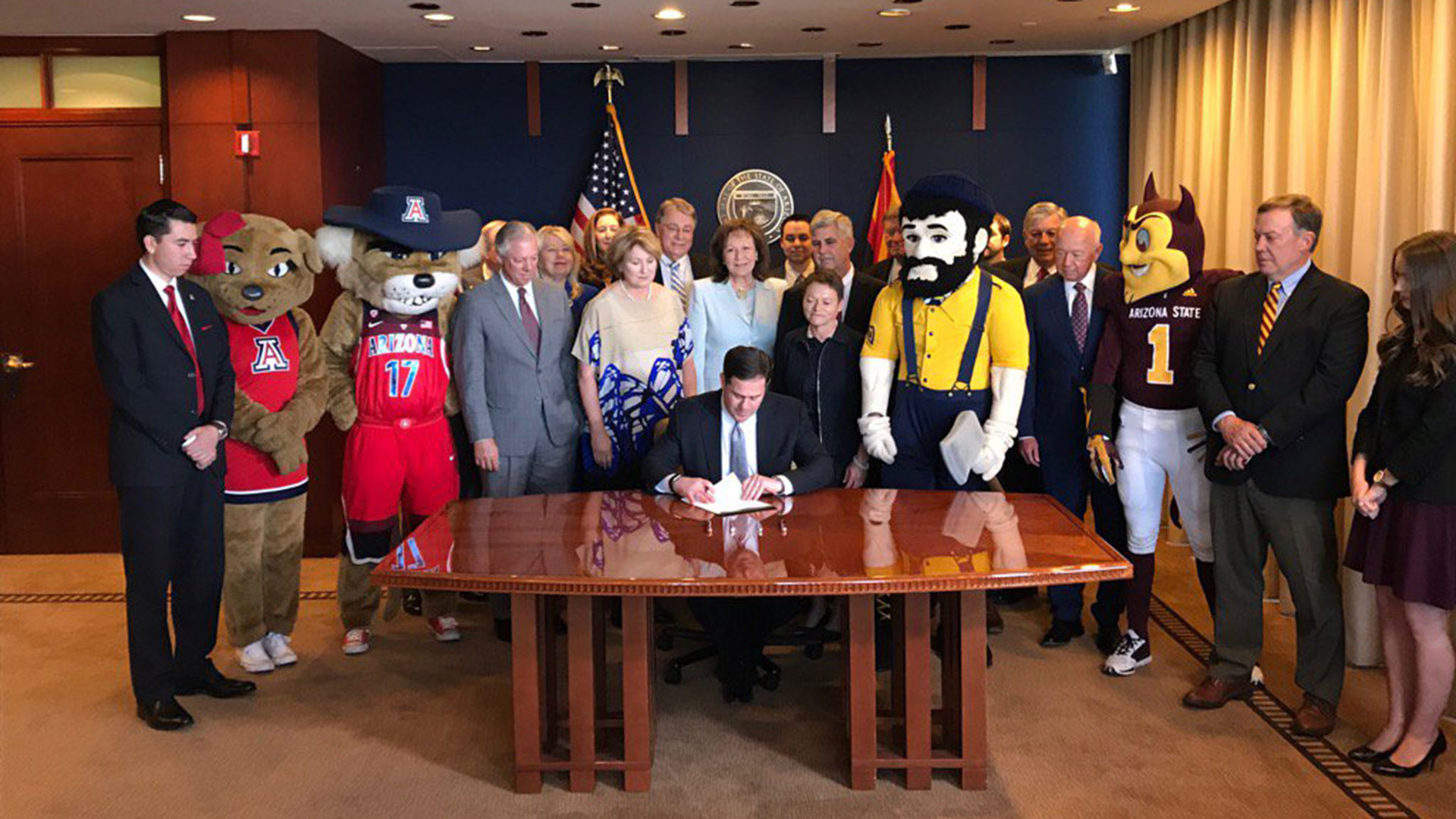 Arizona Gov. Doug Ducey, accompanied by Arizona regents, university officials and others, signs a plan to create a borrowing package to fund university maintenance, May 22, 2017.
Office of the governor via Twitter

Gov. Doug Ducey's 2019 budget proposal allocates $27 million to a bonding program for infrastructure improvements at the state's three public universities, the first part of a spending package that lawmakers approved in 2017.

The plan allocates $27 million dollars to the universities each year; they must match and borrow against that to pay for capital improvements, like repairs to buildings and infrastructure.

The governor's office estimates that would allow the universities to borrow about $1 billion.

Arizona's three public universities had lobbied heavily for the measure, saying that aging infrastructure was a major risk for growth.

Arizona Board of Regents President Eileen Klein issued a statement saying the budget proposal keeps the state's "commitment to long-term capital investment so we can continue to serve the state’s growing population."

Klein applauded the governor for making K-12 education the largest beneficiary of new state dollars in the coming year. His proposal includes $100 million in K-12 school capital funding. Cuts to school capital have been more than $2 billion since 2009, according to the Arizona Republic.

Tucson Budget $8M in the Red; $6M Set Aside For Staff Raises Next Year Arizona Education Department: Outdated IT a Top Priority Ducey's 2018 State of the State Address
By posting comments, you agree to our
AZPM encourages comments, but comments that contain profanity, unrelated information, threats, libel, defamatory statements, obscenities, pornography or that violate the law are not allowed. Comments that promote commercial products or services are not allowed. Comments in violation of this policy will be removed. Continued posting of comments that violate this policy will result in the commenter being banned from the site.