Issue not resolved, but officials expressed regret over how the conversation about water release practices has played out. by Luke Runyon, KUNC TWEET SHARE 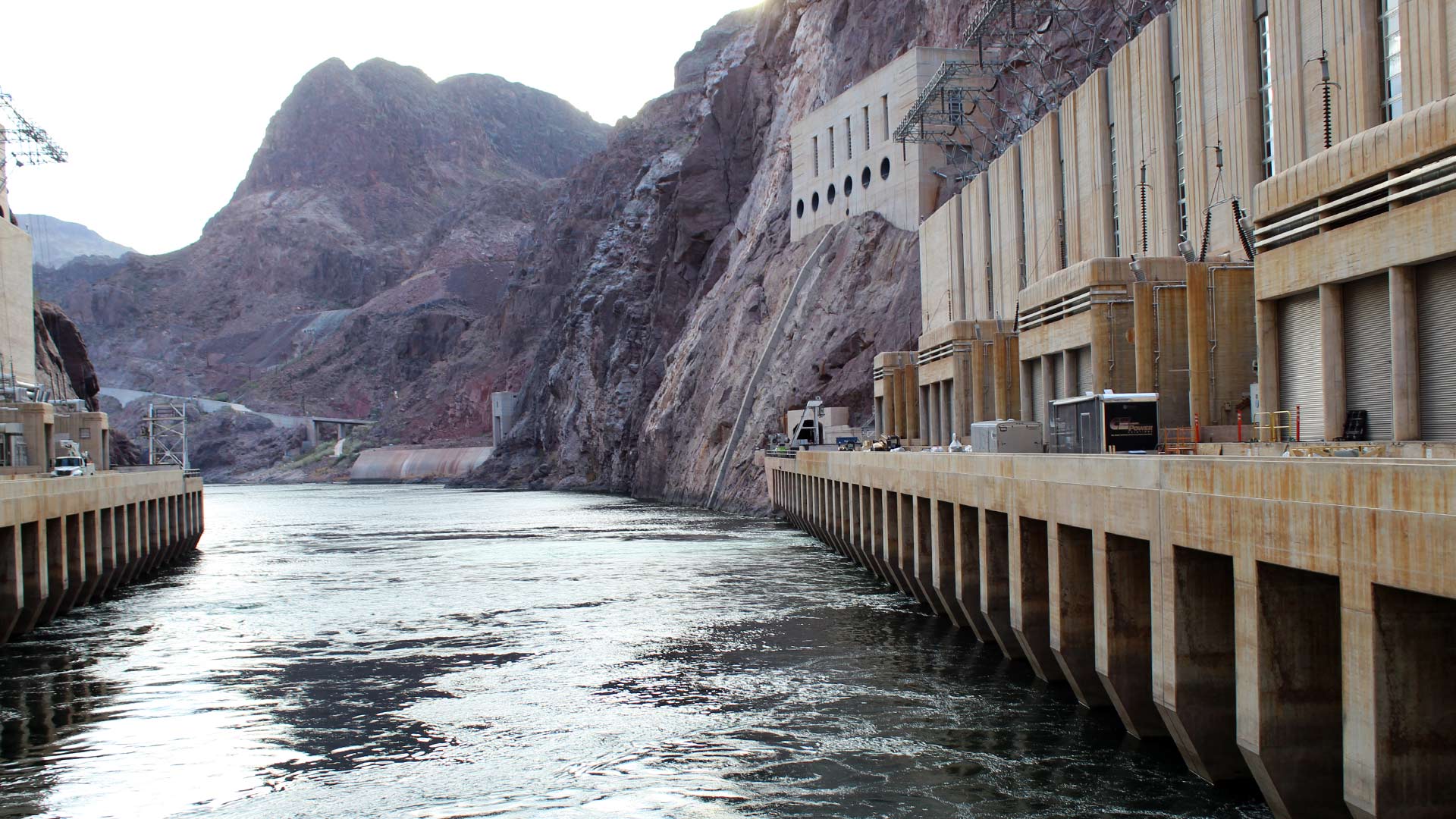 Water is released from Lake Mead outside Las Vegas through Hoover Dam. The reservoir's level is at the center of a dispute over water conservation between the river's Upper and Lower Basin states, February 18, 2018.
Luke Runyon/KUNC

After nearly a month of terse exchanges among water managers in Colorado, Wyoming, New Mexico, Utah and Arizona about Colorado River conservation strategies, representatives from the five states met Monday in Salt Lake City to hash out their differences.

At issue is how the Central Arizona Project (CAP) - the operator of a 336-mile aqueduct that pumps Colorado River water to farmers and cities - is conserving water in Lake Mead, the river’s largest reservoir. The project is managed by the Central Arizona Water Conservancy District (CAWCD) and is the state’s largest water provider.

The meeting didn’t resolve the issue, says James Eklund, the Colorado representative on the Upper Colorado River Commission, but CAP officials did offer an apology.

“District representatives expressed regret about their use of rhetoric in describing the policy of maximizing reservoir releases solely for the benefit of the [Central Arizona Water Conservancy] District at the expense of the rest of the Colorado River Basin,” Eklund said in a written statement.

In response to a series of public statements and an infographic sent to CAP’s Twitter followers demonstrating this strategy, Upper Basin representatives sent a letter in mid-April saying CAP’s behavior, while within the rules, was a violation of the watershed’s collaborative spirit. The larger basin-wide feud was borne out of a dispute within the state of Arizona over which agencies have final authority to decide how to conserve water.

“CAWCD regrets that intra-Arizona issues have impacted other parties in the Colorado River basin,” said CAP spokeswoman Crystal Thompson in a written statement. “Specifically, CAWCD regrets using language and representations that were insensitive to Upper Basin concerns, and resolves to have a more respectful and transparent dialogue in the future.”

Meeting attendees did not schedule a follow up meeting to further address the issue, and a meeting between CAWCD and state of Arizona water officials has yet to be scheduled.

The dust up caused at least one city to pull out of a Colorado River conservation program meant to boost reservoir levels. The city of Pueblo, Colorado’s water department cited CAP’s behavior in rescinding its proposal to participate in the System Conservation Pilot Program.

“This river really only works and functions the way we’ve designed it if trust is in abundance and we’re truly viewing the entire basin as connected,” Eklund says. The discussion in Salt Lake City was a starting point, “but the proof of progress will be in [CAP’s] actions.”

This story is part of a project covering the Colorado River, produced by KUNC and supported through a Walton Family Foundation grant. KUNC is solely responsible for its editorial content.

Water Managers Meet to Plan for Low Colorado Flow Arizona-based Solar Firm Draws Drinking Water From Air Climate Change Means A Hotter, Drier Future In The Colorado River Headwaters, Study Says
By posting comments, you agree to our
AZPM encourages comments, but comments that contain profanity, unrelated information, threats, libel, defamatory statements, obscenities, pornography or that violate the law are not allowed. Comments that promote commercial products or services are not allowed. Comments in violation of this policy will be removed. Continued posting of comments that violate this policy will result in the commenter being banned from the site.