Improper diagnosis is common and can cost patients their health, or their lives by Robert Rappaport Tweet

Listen to Part One:

While common in Arizona, Valley Fever often is misdiagnosed in patients, leading to a litany of problems. The infection is caused by inhaling a fungus that lives in the soil and becomes airborne by wind, dust storms, digging and other activities. 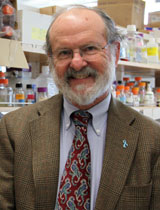 “In the office, a doctor isn’t able to tell what kind of pneumonia you have--whether it’s Valley Fever, or a bacterial pneumonia or a viral pneumonia--unless specific tests are done,” says Dr. John Galgiani, director of the Valley Fever Center for Excellence at the University of Arizona.

A simple blood test can help diagnose Valley Fever, Galgiani says, but up to 90 percent of doctors don’t order the tests.

There is a one in 30 chance of contracting Valley Fever for each person in our community who has not yet had it, he says. 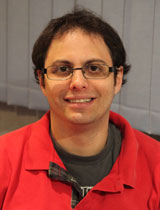 In rare cases, however, Valley Fever can cause serious illness and even be fatal. Tucker Peck knows firsthand what it’s like to have Valley Fever and be treated for something else.

The 28-year-old graduate student in the University of Arizona’s Clinical Psychology Program moved to Tucson 2 ½ years ago and that’s when his troubles began. After a series of both positive and negative tests for Valley Fever, his condition began to deteriorate after being prescribed the incorrect course of drug treatment.

“Over the summer, starting in June, I started getting pneumonia like twice a month,” says Peck, who was living in Seattle over that summer. He was forced to quit his job and doctors then prescribed steroids for asthma, which turned out not to be the problem.

“For asthma, you want to turn the immune system down, but with Valley Fever you want to turn it up," he says. "I’ve heard that’s pretty common for people to get misdiagnosed and get wrong medicines that make it worse.”

Peck says being treated for the wrong illness has given him health problems he’ll face for the rest of his life. After being treated with the incorrect medicine, Peck developed a grapefruit-sized abscess on his right lung.

“On September 10th, the abscess exploded. It’s a grapefruit’s worth of Valley Fever fungus shot all throughout my lungs, my chest, my airways,” says Peck. He was hospitalized for 18 days and had to have a piece of his lung removed and the rest of the organ cleaned.

Peck says he feels fine now, but worries the Valley Fever can come back at any moment, much like a person who has cancer in remission.

Two-thirds of Arizona has high COVID transmission rates Arizona attorney general asks court to unblock abortion ban COVID numbers stay steady
By posting comments, you agree to our
AZPM encourages comments, but comments that contain profanity, unrelated information, threats, libel, defamatory statements, obscenities, pornography or that violate the law are not allowed. Comments that promote commercial products or services are not allowed. Comments in violation of this policy will be removed. Continued posting of comments that violate this policy will result in the commenter being banned from the site.