17-Year-Old Runs Away From Tucson Facility for Migrant Children

Southwest Key operates a facility under contract by immigration officials to hold immigrant children under the age of 17. by Nancy Montoya Tweet 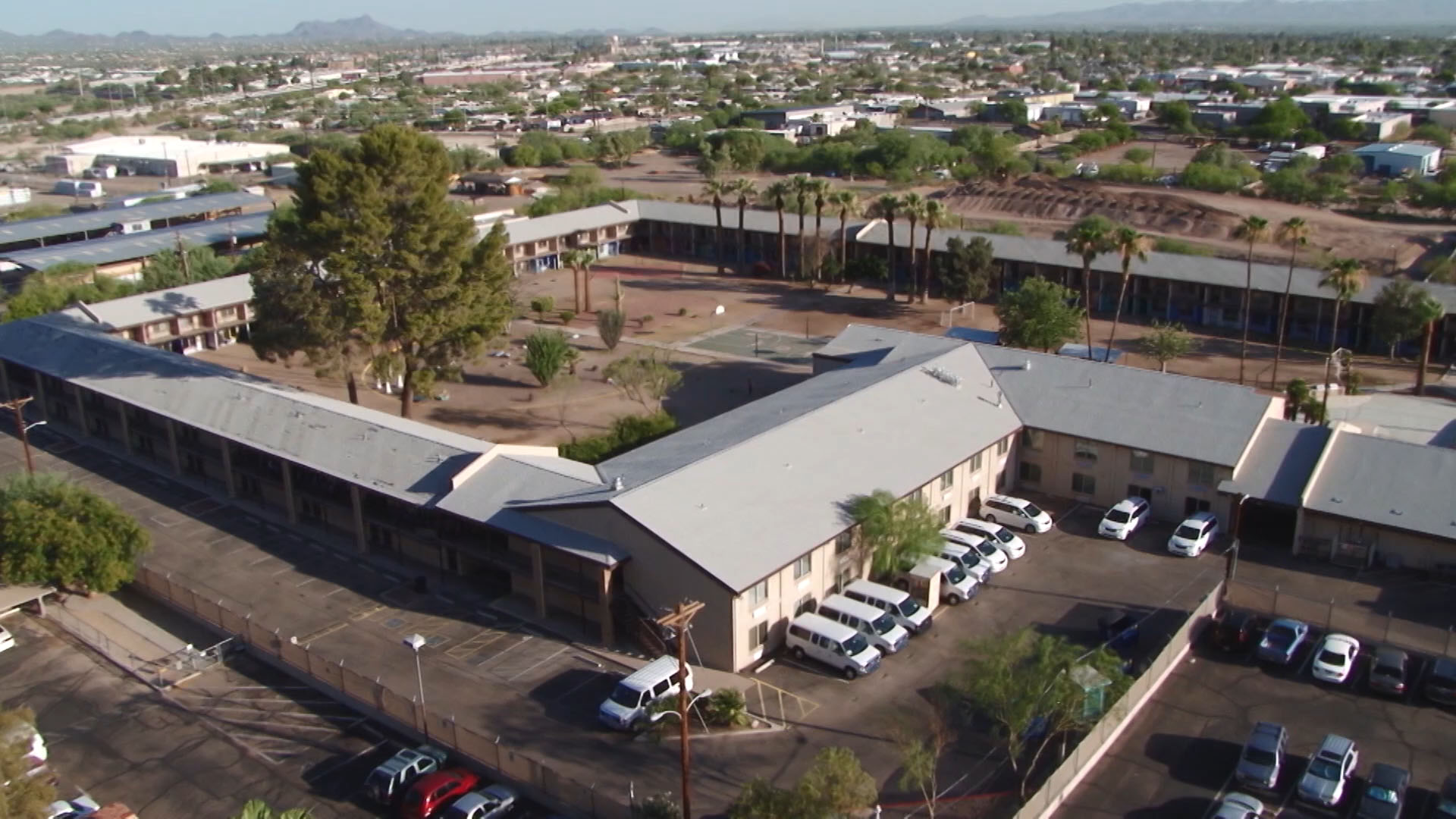 A view of the Southwest Key facility in Tucson from a neighboring balcony.
AZPM Staff

The Tucson Police Department has verified that a 17-year-old male ran away Sunday night from an immigrant detention center for immigrant children under 17.

Tucson Police were called to the Southwest Key detention facility on Oracle Road on Sunday at around 10:30 p.m. A staff member reported that 17-year-old Francisco Javier Lopez had run away from the facility sometime between 8 and 10 p.m. that night.

Officers were told the teenager had been at the facility for about a month and that he was believed to be from Mexico, but no other description was given.

The facility, a former hotel, is under contract with the Department of Homeland Security to house around 300 immigrant juveniles ranging in ages from 4 to 17. The facility has an 8-foot fence around the entire property and is monitored by staff 24 hours a day.

It is not known if Javier Lopez was part of a group of almost 100 children recently separated from their families at the Arizona border under the Trump administration's zero-tolerance policy.

In 2014, in two separate incidents, Central America teenagers at that same facility scaled the fence and ran away from the compound. They were never located.

Tucson Councilman Wants More Transparency at Shelter for Immigrant Children Former Employee Shares Experiences Inside Shelter for Immigrant Children HHS Considering Housing Immigrant Children at Military Bases
By posting comments, you agree to our
AZPM encourages comments, but comments that contain profanity, unrelated information, threats, libel, defamatory statements, obscenities, pornography or that violate the law are not allowed. Comments that promote commercial products or services are not allowed. Comments in violation of this policy will be removed. Continued posting of comments that violate this policy will result in the commenter being banned from the site.